Cuba loses one of its wisest and most useful sons. 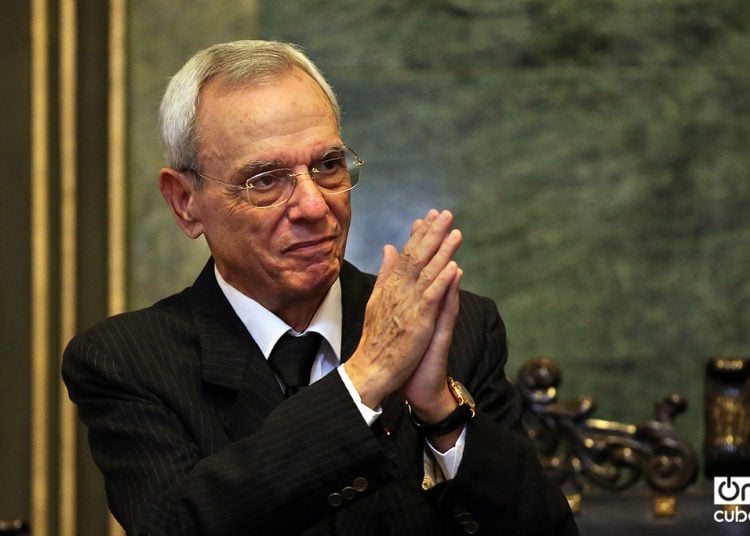 The hand trembles when writing it: Eusebio is dead. Another life that is leaving us at a time when he was most needed, just after the 500th anniversary of his beloved Havana. It’s not a matter of making an inventory of his numerous merits and decorations―undoubtedly well deserved―for the work of a lifetime. Nor the Honoris Causa received in Havana, Athens, Rome or Montevideo. Neither his status as a distinguished member of the Smithsonian or the Academy of History of Cartagena de Indias. Neither of the orders he received in countries such as Poland, Peru, Colombia, France and Spain, among many others, but to account for the ultimate meaning of his work: the vocation for service.

Eusebio was a Centro Habana man who knew how to overcome himself and light up with the star of knowledge, the one that also illuminates and kills. With barely a sixth grade, but with the mind where it was not seen, he took on a long journey by taking over the Office of the Historian and starting to lift Havana from its ruins, stone by stone, a task that many considered impossible at the time, during those years, he will say, “when we were considered insane: ‘He’s crazy, but works a lot.’”

He knew how to sensitize and unite wills even in times of cholera. And he had the wisdom to create structures to implement that perseverance. “The Office of the City Historian is nothing more than a pseudonym for the nation and an expression of political will. We pride ourselves on its name and declare that it has not been an autonomous whim: it was necessary to combine capacity with the will of the State,” he said. And he stressed, from his proverbial modesty, that the Office’s work was “the result of an evolution; I have always denied that it is the work of an enlightened one, I reject for me the absolute leading role in these questions.”

His multifaceted and profuse work will also grow more under the grass. A man of deep and clear thinking. Historian and researcher. Exceptional speaker rooted in our 19th century patriotic tradition. In the world of preservation, Eusebio knew how to break schemes by creating social programs in Old Havana. “I understood,” he once said, “that an inhabited city was not possible without undergoing a process of transformation and without at the same time creating a social project. Thus, trade schools were born; infinite jobs were born….”

His contemporaries, even non-Cubans, have stressed this. He was “an incredibly complex and brilliant man,” said a Canadian expert. “Without Leal, Havana would not be at all what it is today,” said American historian Nancy Stout: “Many Cubans would do anything for him.” “He saved Old Havana through his own will power. There will be no other like him in a long time,” said a young man. And in the common people, the support was effusive: “Leal is the only person to whom Cubans would build a monument while he’s still alive,” said a resident of Old Havana.

“I am a fire afar off, a sword laid aside,” wrote Miguel de Cervantes.

Now the most important thing remains: to follow his work and the mark of his example.