The donation will go to 20 schools in the municipalities of Playa, Plaza and Centro Habana, and comprises containers of different colors, according to the type of waste collected in them, be it glass, paper, plastic or organic materials. 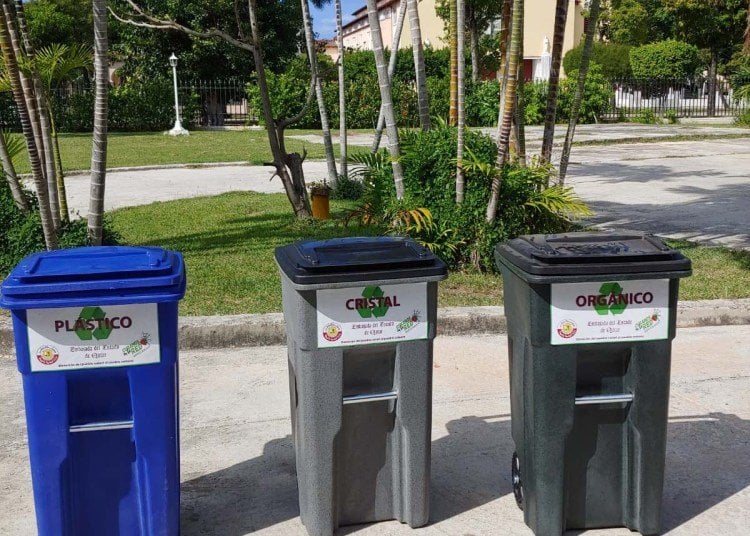 Garbage containers donated by the government of Qatar to schools in Havana. Photo: Courtesy of the Embassy of Qatar in Cuba.

The government of Qatar donated a batch of 60 containers for garbage collection to schools in Havana, the Qatari embassy on the island informed OnCuba.

The containers were donated by the Ministry of Municipality and Environment of the State of Qatar to the Ministry of Education of Cuba, through the diplomatic mission of the Arab country in Havana and the environmental group “Cubanos en la Red.”

The donation will go to 20 schools in the Havana, Playa, Plaza and Centro Habana municipalities, and comprises containers of different colors, according to the type of waste collected in them, be it glass, paper, plastic or organic materials.

The aid seeks to promote environmental awareness among children and young people “to raise awareness about the importance of taking care of our environment and practicing activities such as the classification of waste, the use of alternative energy, the care of water use and daily customs that do not damage the planet,” said the note from the Qatari embassy.

This is Qatar’s second donation to Cuba in recent days, after the granting of 100,000 dollars to the authorities of Havana for the recovery of the damages caused by the tornado that hit the Cuban capital a year ago.

In addition, this donation joins those made by international organizations and governments such as Japan and Austria, aimed at contributing to the care of the environment in Cuba and garbage collection in Havana.

According to the daily Juventud Rebelde, the island’s capital generates more than 23,000 cubic meters of waste every day, of which around 10,500 are household garbage.