The airport received its first commercial flights after seven months of inactivity due to COVID-19, with the arrival of two flights from Miami, United States. 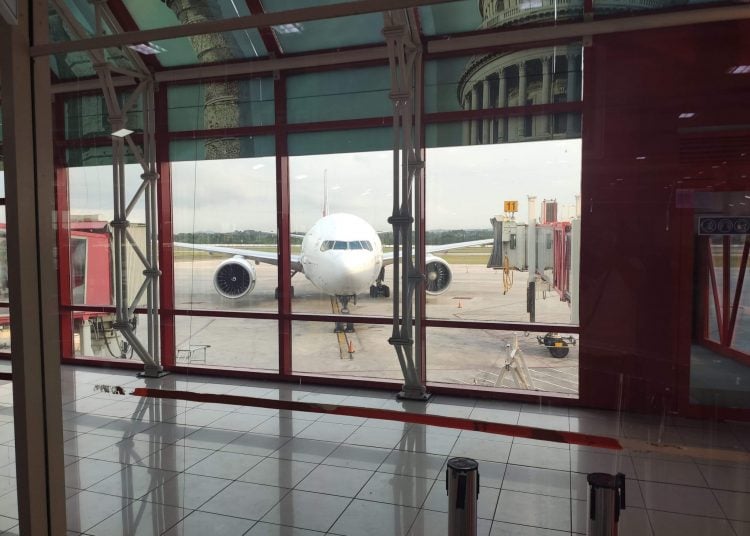 As had been announced, this Sunday Havana’s José Martí International Airport resumed commercial, regular and charter flights, with the arrival of two Swift Air planes from Miami.

The reopening of the Havana airfield also coincides with the elimination by the Cuban authorities of the baggage restriction in force until now on the island.

Both Swift Air flights arrived at José Martí Terminal Two, seven months after the suspension of regular air operations on the island due to the measures taken by the Cuban government to deal with the COVID-19 pandemic.

The Cuban Airports and Airport Services Company S.A. (ECASA) reported on its social networks that the arrival took place under strict sanitary control measures and the travelers underwent the PCR test, a test for the detection of the SARS-CoV-2 coronavirus that will be repeated on the fifth day of their stay on the island.

Similarly, it was announced that the Havana airport maintains epidemiological surveillance points to find out if the newcomers have symptoms of the disease, by taking their temperature and collecting a health ticket, where they specify if they had contact with any positive case.

In addition to these measures, the facility promotes physical distancing, the sanitation of spaces and luggage, as well as the prohibition of entry to the terminal of people who are not going to travel, and the guarantee of the means of protection required for the workers, Manuel López, director of the airport, told the media.

The authorities of the Cuban capital advise all those who arrive in the national territory, whether Cuban or foreigner, to stay reachable and comply with the hygienic-sanitary measures established in the country in the places where they are staying, where they must stay for a period five days, without making or receiving visits.

According to the official Cubadebate website, José Martí Terminal Three was also beginning to receive flights and “soon terminal one will be incorporated, the latter for domestic flights.” The start of the latter is scheduled for this Monday, with the resumption of connections between Havana and the eastern cities of Santiago de Cuba and Holguín.

The website had already reported that Cuba will charge a health fee to all people who arrive in the country for International Health Control services, as of December 1. It will cost 30 USD or its equivalent in any other freely convertible currency, and the cost will already be included in the travel ticket, according to the source.

Meanwhile, the Cuban airport authorities reported that the current baggage restriction for travelers arriving in the country was eliminated, according to an official circular from the Cuban Air Navigation Company (ECNA).

Notam A4409 establishes that “the current limitation of up to two pieces of accompanying baggage of 32 kg each remains without effect for all airports in the country.” Meanwhile, when reporting on the collection of the health fee, Cubadebate had announced, quoting authorities from the Ministry of Transportation, that “from this moment on, what is established by each of the airlines on this issue is being followed.”

Screenshot of the Notam A4409 of the Cuban Air Navigation Company (ECNA).

In addition to the two suitcases of up to 32 kg, in Cuba a hand luggage of up to 10 kg was allowed. Also the import of up to 10 kg of medicines, free of payment, and other products, with a limit of 1,000 pesos, according to the values ​​of the products established by Cuban Customs, but in the unaccompanied mode of cargo through a shipping agency, which must be dispatched in advance of the trip, something that the ECNA circular does not refer to.