As of August 15, the measure will be applied to the self-employed workers, the supply and demand markets and the vegetable and fruit carts. 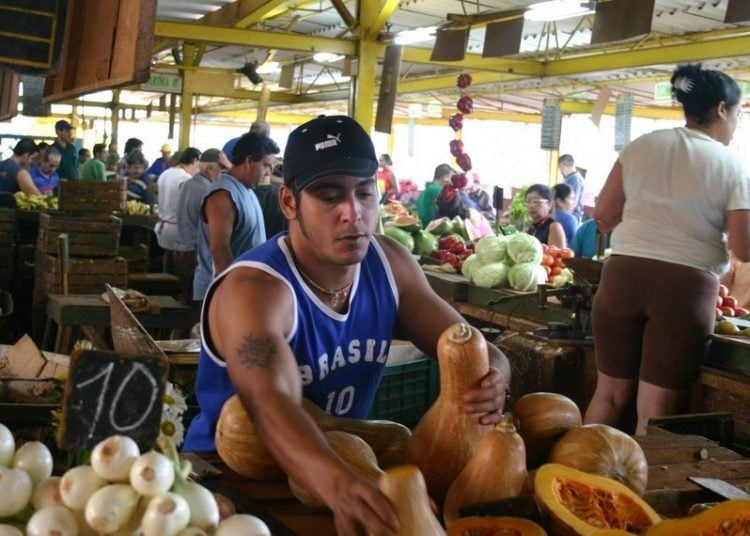 Market on 19 and B, in the Vedado neighborhood, Havana. Photo: mapio.net

The price control measures established in various sectors of the economy in Cuba are now reaching the capital’s agricultural sector, when as of August 15 new ceiling sale prices will be established for self-employed workers, the supply and demand markets and the vegetable and fruit carts.

According to the note of the Council of the Provincial Administration, the State Agricultural Markets, the Army of Working Youth, the Non-Agricultural Cooperatives, the leased markets and the sales points managed by the forms of production, will maintain the ceiling prices of collection, purchase and retailers of agricultural products approved in Resolution No. 944/2018 of the Minister of Finance and Prices, while products that are not included in said Resolution, are marketed with the prices now approved.

For the markets managed by the self-employed that offer another package of services to their establishments where they benefit, process and package the products, up to 30% above the approved price is established for the products marketed by the rest of the forms of management. These are located at Calle 23/310 and Cangrejeras and Calle 15/222 and 234 in Siboney, which are located in Atabey: Calle 23/214 and 218, Calle 23/206 A and 214 and Calle 202/19 and 21, as well as Calle 26 / Línea de Ferrocarril and Ciclo vía, in Plaza de la Revolución.

The measures will be in force until September, when the Provincial Administration Council again evaluates the establishment and approval of prices, a measure that will be applied every two months, according to the products’ harvest time, information that will be released at the given time.

Price control in the agricultural and livestock markets is being implemented in Havana, after other provinces in the country applied a similar process. In Santiago de Cuba the provincial government portal announced the measure on August 9, as approved in the extraordinary Official Gazette No. 16 of July 29, 2019.

Meanwhile, in the central region, the province of Villa Clara is also included among the territories where ceiling sales prices will be established in the agricultural sector, as of this Monday, although the measure covers other items of the non-state sector, as it has occurred in several provinces.

In the coming days, other provinces should be included in these price cap measures, which seek to avoid an increase in inflation, based on the salary increase in the budgeted sector.