In the "Top of Cuba" project, Yanela Brooks brings together a great deal of the best of Cuban popular dance music. 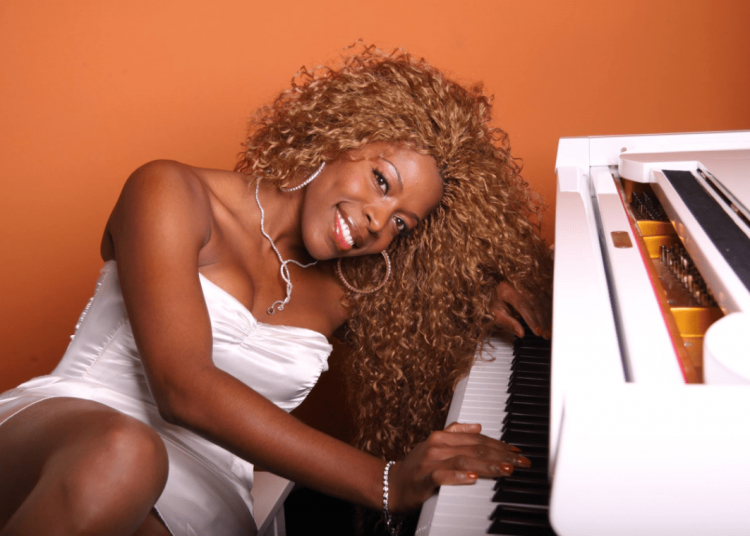 Yanela Brooks has a consolidated career in Europe as a singer, songwriter and arranger. Photo: worldwidecubanmusic.com

Yanela Brooks has been living outside of Cuba for about a decade, but nevertheless she doesn’t neglect her roots. Her music is proof of this.

Based in Spain, where she became a celebrity as a participant in the first edition of The Voice contest in 2012, this singer and songwriter seeks to reenter the Cuban market through a high-caliber proposal.

In her new Top of Cuba record production, Yanela brings together leading Cuban groups, from the anthological Orquesta Aragón and classics such as Revé and Los Van Van, to Havana D’Primera and the Septeto Santiaguero, two of the most contemporary defenders of the island’s dance music.

Known as “La Guantanamera de Cuba” and with an exuberant image that reaffirms her epithet, the Cuban performer lets out Cubanness and sports an ideal timbre for dance music. However, she demonstrates that she can move skillfully in other genres, as seen in this record.

In Top of Cuba, Yanela does not impose foreign music; she respects the style of each guest band and apparently only lends her powerful voice, as if she were one more singer in each group. She joins with ease and coherence with the formations with which she shares, making it easy to identify them only from the first times in the 10 tracks of the CD.

“It was a beautiful and difficult challenge to compose all the songs, supporting myself at all times on respect by merging both styles, mine and theirs, without anyone losing their personal style,” Yanela explained during the presentation of the album, which she hopes will be nominated to the Latin Grammys.

Throughout her performances in European stages, thanks to a great extent as an exclusive artist of the Kempinski hotel chain, the artist has toured Cuban music through Europe, and shared with other musicians from the island, not only of the popular dance genre but also from the world of jazz.

Perhaps that is why, along with the prominence of dance music themes, she decided to assume Y volar, a work composed with concert and gospel music arrangements, in which Yanela exhibits a more international projection. With it, she demonstrates that she can defend any genre with her voice, in this case accompanied by the National Symphony Orchestra and Don Dinero, a Cuban-American rapper.

Top of Cuba closes with a rumba in which Yanela sings with Yoruba Andabó, but not following the orthodox patterns of the genre but with a more modern sound accompanying the drums. It is the ideal closure for a record in which tradition and contemporaneity converge.

“It’s not about competing, but sharing,” says the artist about this project, a feeling that accompanies the entire album and where much of its success lies.

“This album doesn’t contain the music we do, it is Yanela’s style, which has influences of U.S. jazz and Cuban sounds, together with the style of our bands,” says Manolito Simonet, another of those included in the Top of Cuba, recorded by Abdala Productions, of the Unicornio label.

In a circuit as demanding as that of Cuban popular music, with constant presentations inside and outside the island, it is difficult to combine so many bands in a project like this, with which Yanela intends to bring the most authentic sound of Cuba to the entire world. However, the artist was able to get it. We must now wait for the results of its international travels.