In a first stage, Cuban tourism itself, of residents inside and outside the island. In a second stage, Canadian, Russian and Chinese tourism could be the way. 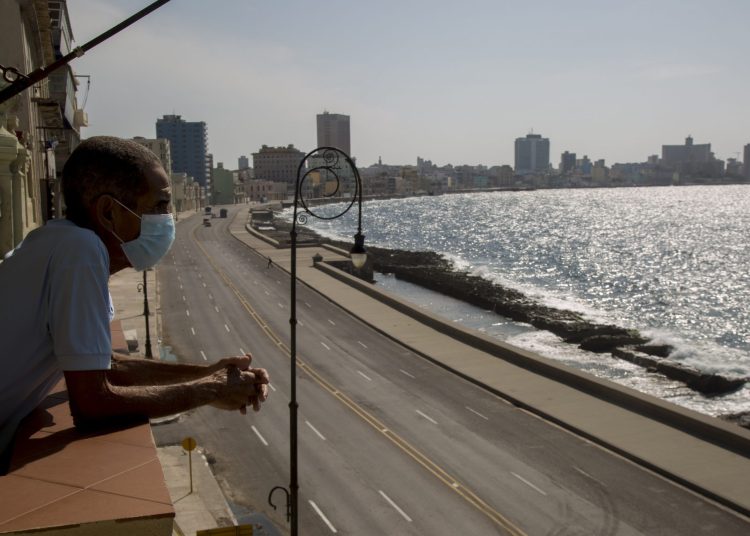 As the light begins to appear at the end of the COVID-19 pandemic tunnel in Cuba, with the reduction of new cases and deaths, and the progressive recovery of the sick, the gradual recovery of the tourism sector in the country, a key component of the Cuban economy, has started being addressed.

There are indications from the Ministry of Tourism (MINTUR) that in July opportunities will open up for national tourism to access a circuit of renovated and fitted-out hotels; it will be necessary to see under what conditions and with what protection measures. But if state hotels are opened, it will be necessary to include other links in the value chain: travel agencies, tourism bureaus, tourist transportation, restaurants, cafes and certain non-hotel activities; and it will necessarily be extended to the private leasing, gastronomy and transportation sector. In this case, the details are of essence: the rules of the game for each sector in each stage, which will surely be much discussed. Hopefully, this time, it is done with broad participation of the actors and listening to the criteria of all parties.

After the current recovery phase, after three months of physical distancing, strict limitation of movements, thousands of rapid and real-time diagnoses, and massive prevalence tests throughout the population, it will be possible to affirm with enough certainty that the resident population is essentially free of contagion and of possibilities of infecting others. With the need to gradually open up the economy, opening up to national tourism is logical and appropriate, taking due protection measures.

When and how will international tourism return?

One of the first measures the Cuban government took after diagnosing the first positive cases on March 11―three Italian tourists staying in a hostel in Trinidad―was to limit the entry to the country of foreigners and Cuban emigrants. In the first days, all the positive cases were foreigners or Cubans recently arrived from any country with the presence of this pandemic, or people in direct contact with them or their relatives. The return to their countries of residence was determined for all foreign visitors and Cuban emigrants and the entry of ships, flights and passengers into the country was subsequently prohibited, except for humanitarian and commercial reasons. The few arrivals must spend 14 days in quarantine before reintegrating into society.

According to the World Tourism Organization (UNWTO), 100% of the world’s destinations maintain travel restrictions and 72% have completely stopped international tourism. No destination has lifted or relaxed them until now. To resume international flights or receive foreign tourists, Cuba will surely rely on the recommendations of international organizations such as the UNWTO and the World Health Organization (WHO), as well as the experience of other countries, which are already talking, as in Europe, of “a responsible reopening.”

It is rumored that Cuba will receive the first flights with Canadian tourists in November, and some experts recommend focusing the marketing of the Cuba destination on the Russian and Chinese markets, which, according to what is predicted, will be the first to travel abroad.

But I believe that the first to be reactivated will be the tourism of Cuban residents abroad (CRE), particularly in the United States, where 80% of Cubans living outside Cuba reside. Since 2010, except for the non-Cuban American tourism boom in 2017 and 2018, the Cuban community abroad has been the second “emitting market” for tourism to Cuba, after Canada, with an annual growth rate of 8.2 percent. There is a great accumulated demand for trips to visit family, spend vacations, bring remittances and loads of supplies for private businesses, and simply out of nostalgia. Having family members who live in Cuba also contributes confidence in the destination, having first-hand information on the real situation and the effectiveness of the measures.

Flights to Havana from Florida or New York will be among the easiest and cheapest to reestablish for airlines such as American Airlines, JetBlue and Southwest, which greatly benefited between 2016 and 2020.

In fact, American Airlines announced its intention to resume Miami-Havana flights as of June 4, with four daily flights. Rates would be between 280 and 388 dollars. The airline says it will take some measures on its flights to reduce the risk of contagion from COVID-19, such as the mandatory use of masks. Southwest Airlines also published this Thursday flight schedules between Fort Lauderdale and Havana starting as of June, and Air Canada is offering tickets from Montreal and Toronto to Varadero, Cayo Coco and Holguin in July and August. The airlines offer the possibility of a change of date without penalty as long as the flight is before December 31.

However, MINTUR announced in a May 15 press release that the country’s borders will remain closed “to protect national health security.” Neither will “tourist services be activated until advised by the Government of the Republic of Cuba.” It said that this closing season is being used to carry out a “continuous improvement of hotel and non-hotel facilities, as well as in the development of hygiene and sanitary protocols, to face the restart of tourist activities.”

But the path towards the resumption of flights to Cuba is already in sight and the gradual opening of tourist facilities and services, too. It is still too early to make forecasts about the recovery of international tourism to Cuba, but “dreaming is free.”