The Minister of Energy and Mines assured that there has been no “negligence or intentionality,” thus the current situation is “the result of lack of maintenance and the impossibility of solving existing technological problems.” 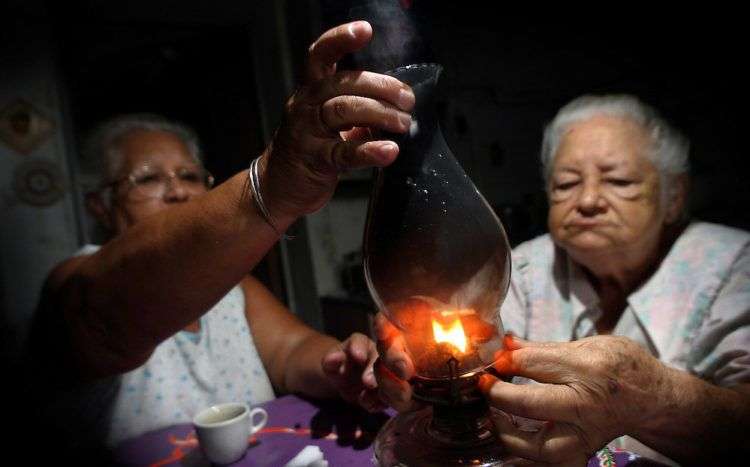 The situation in Cuba due to its industrial inability to generate the necessary electricity continues to be “very tense” due to fires, breakdowns and instability in the operating units, according to the Minister of Energy and Mines, Liván Arronte, on Wednesday.

In a television intervention, for which he was accompanied by managers and specialists from the Electricity Conglomerate (UNE), the official insisted that incidents at thermoelectric plants have prevented guaranteeing electricity service during the summer, as the minimum reserve necessary to cover demand was lost. , which causes annoying blackouts according to a report from Prensa Latina (PL) news agency.

Arronte assured that there has been no “negligence or intentionality,” so the current situation is “the result of lack of maintenance and the impossibility of solving existing technological problems.”

To this deficiency, due to the long hours without electricity that the Cuban people suffer today, are added the limitations for the purchase of fuel “given the significant increase in prices in the international market and the difficulties imposed by the economic blockade of the United States to acquire them; as well as the problems that this policy generates for access to equipment and parts,” he said.

The current generation deficit, produced in the midst of a deep Cuban economic crisis exacerbated by the coronavirus pandemic, causes distressing blackouts that affect both the population and various high-consuming industries, “which will have repercussions on the country’s economic recovery.” warned the minister, quoted by the Cuban agency.

Arronte assured that the solutions are not immediate, but gradual. He said that they updated a generation capacity recovery strategy, backed by the financing assigned for the execution of a program that allows reaching sustainability. “The purpose is to advance in the recovery of these capacities, but also to execute investments that allow a gradual recovery of the electrical system,” he said.

Under this intention, before the end of the year, the authorities intend to restore 489 megawatts (MW) of power, which are not available due to technological limitations in thermal power plants (291 MW) and in distributed generation (198 MW). They also adopt measures to incorporate, at the end of December, 531 MW through the execution of new investments.

In this regard, the official recalled that the national electricity system requires high amounts for its operation and maintenance, in addition to the high price of fuel. Simultaneously, he said, they are working to perfect incentives that promote the use of renewable sources and efficient equipment.