Since this service started being marketed in March 2017, the Cuban Telecommunications Enterprise, ETECSA, has installed it in all the country’s municipalities, except Sibanicú, in Camagüey. 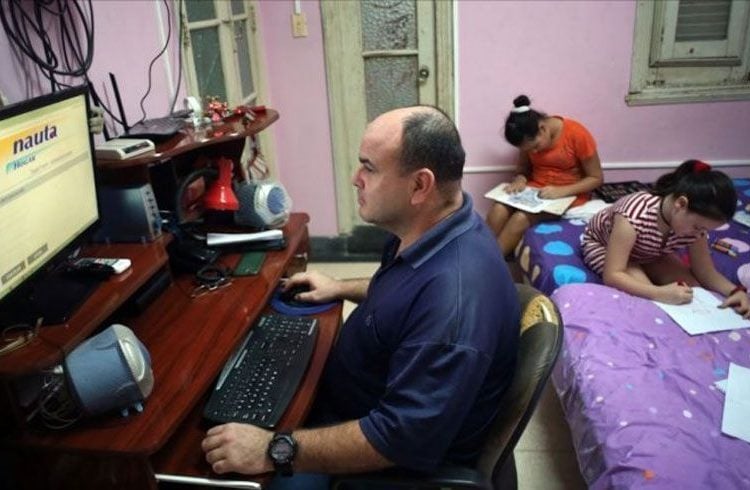 More than 110,000 Cuban families already have the Nauta Hogar service, which facilitates Internet access at home―with ADSL technology―to customers residing in different areas of the island.

Since this service started being marketed in March 2017, the Cuban Telecommunications Enterprise, ETECSA, has installed it in all the country’s municipalities, except Sibanicú, in Camagüey, the Cuban News Agency (ACN) reported.

Nauta Hogar started being implemented in December 2016, with a pilot test that included 858 homes in Old Havana, which were provided with the service free of charge.

Of the current Nauta Hogar users, approximately 107,800 have contracts for broadband connection, which exceeds one mega, executives of the telecommunications monopoly in Cuba told the news agency.

For this service, customers must reside in one of the areas where it is marketed, be a landline user and have a telephone line with the technical conditions that allow establishing a data transmission link.

In October ETECSA promoted a new commercial offer for the speed of 1024/256 Kbps, the lowest, whose monthly fee was set at 10.00 CUC (Cuban convertible pesos, equivalent to the dollar) with 20 hours of netsurfing. Currently the service rates depend on the speed contracted by users, in addition to the hours included in their account.

In addition, since August, customers with a prepaid account for this service received a discount for overtime surfing for a price of 0.50 CUC per hour, after consuming the 30 hours of the package previously contracted. However, prices continue to be high in the opinion of many users, who prefer to contract the most economical packages.