The Cuban government has the will to continue “the process of strengthening ties with Cubans living abroad” and recognizes that these “have an important potential to contribute to the country’s development,” said Ernesto Soberón, director general of Consular Affairs and Cuban Residents Abroad of the island’s Ministry of Foreign Affairs. 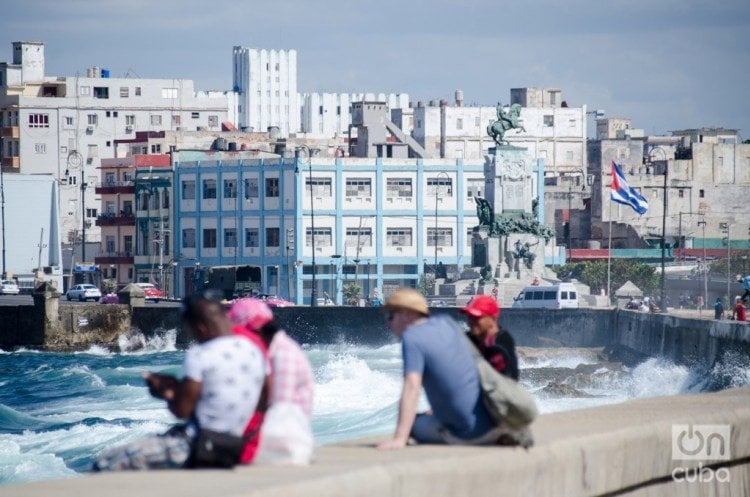 The number of Cuban emigrants who have requested their repatriation to the island has increased “annually and steadily” in the last seven years, according to Ernesto Soberón, general director of Consular Affairs and Cuban Residents Abroad (DACCRE) of the Cuban Foreign Ministry.

A total of 57,746 applications have been presented from January 2013 to date, of which 36,471 are from the United States, explained Soberón in an interview with the daily Juventud Rebelde.

The general director of DACCRE also said that the Foreign Ministry has identified 1,485,618 Cubans―not counting their descendants―residing in at least 124 countries.

Regarding The Nation and the Emigration Conference, convened by Cuban President Miguel Díaz-Canel last December, Soberón explained that, of that total of Cuban emigrants, 1,195,607 are registered in the island’s consulates.

“The majority of Cubans living abroad maintain a fluid and stable relationship with their embassies and consulates,” said the official, who said there are 166 associations of emigrants from the island in 79 countries.

In addition, he specified that since the updating of the Cuban immigration policy in 2013 and until June 2019, 4,402,577 Cubans have traveled abroad.

“Similarly, there is a sustained increase in the entry of Cubans residing abroad, mainly from the United States. In the last seven years, more than 4.6 million trips have been made by 1.1 million Cuban nationals,” he said.

After an impasse of 16 years, the Cuban government will resume meetings with its emigrants during the 4th The Nation and the Emigration Conference, which will be held in Havana from April 8 to 10.

The conference “responds to a recurring request from Cubans abroad, expressed in national and regional meetings that take place annually in different parts of the planet, and will constitute a new and important step forward in terms of continuing to strengthen the links between Cuba and its nationals abroad,” said Soberón.

Among the issues it should address, he mentioned “the condemnation of the U.S. blockade,” “the promotion of the rapprochement of young people and descendants of Cubans” to the island, “the ways to strengthen the link of Cubans living abroad with Cuba through culture in its different manifestations,” and “the ways in which they can contribute to the country’s economic development.”

“The main concerns expressed by Cubans living abroad will surely also be addressed within the framework of the event,” he said.

The three previous conferences were held in 1994, 1995 and 2004, and had as their main antecedent the dialogue held in 1978 by representatives of the Cuban government with members of the island’s emigrant community in the United States, said Soberón.

The official said that the majority of the Cuban community in the United States “supported the reestablishment of diplomatic relations between the two countries” and, consequently, “rejects the aggressive policy of President Trump’s government against Cuba and supports the end of the blockade.”

He criticized Washington’s regulatory measures and changes that “significantly” affect the Cuban community residing abroad, and particularly in the U.S., such as travel restrictions, reductions in the amount of remittances and Consular services limitations, which, he confirmed, “have created obstacles that hinder the normal migration flow between Cuba and the United States, as well as family trips between the two countries.”

He also highlighted “the breach by the United States of the signed migration agreements, together with the elimination of the multiple entry visa (B2), on the basis of false reciprocity, and maintaining the validity of the Cuban Adjustment Act,” which, he said, “constitute incentives for irregular migration of Cuban citizens to the United States” and “increases the risk of these people becoming victims of criminal gangs dedicated to human trafficking.”

Finally, Soberón said that the Cuban government has the will to continue “the process of strengthening ties with Cubans residing abroad” and recognizes that these “present an important potential to contribute to the country’s development.”