Many interpret that the effective approach to Cuban emigrants would be a good sign. What is pending? 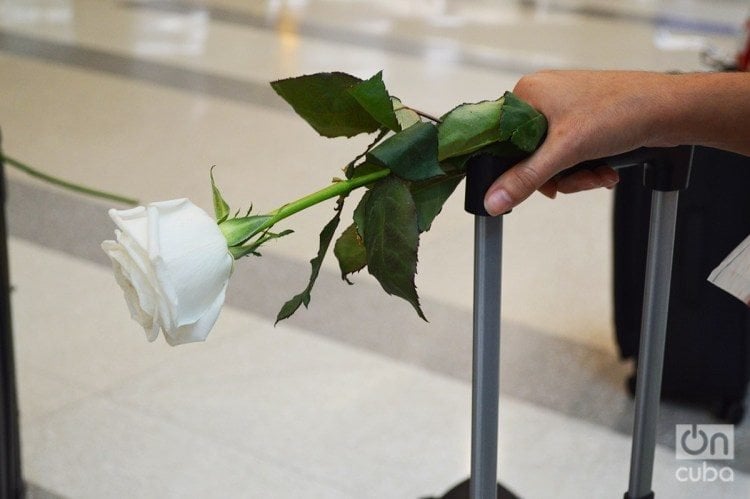 A little less than a year ago, Cuban Foreign Minister Bruno Rodríguez Parrilla, meeting with Cuban residents in the United States, announced measures that benefited the island’s diaspora. He did it under the premise that “the U.S. government closes and Cuba opens.”

After this, the intensity of the sanctions against the Cuban government that directly affect the population has multiplied. At the same time, the response of the Cuban authorities to many of the needs, concerns and old desires of emigrants and their families on the island are still pending.

More and more Cubans understand that the country’s fluid relationship, respectful of the laws, and at the same time closer to its emigrants, in all aspects, would strengthen the opportunities so that Cuba can, with the greatest possible independence from foreign powers and allies, save the current crisis.

Many interpret that the effective approach to Cuban emigrants would be a good sign. What is pending?

In terms of rights, Cubans residing abroad are divided and subdivided (although these classifications are rather operational and not legally determined).

These would be the Cuban Emigrants before the 2013 immigration reform, the Cuban Residents Abroad (CRE) who left the country after 2013 and retain residence rights if they enter Cuba again before 24 months and finally Cubans with Residence Permit Abroad (PRE). The latter have another treatment and do not need to re-enter the country after two years.

It would be useful and fair to recognize equal rights and treatments for all Cubans living outside the country.

To travel to Cuba, all Cuban emigrants or residents abroad must have an updated Cuban passport, no matter to which immigration group they belong or if they have a second citizenship. But obtaining that passport, one of the most expensive in the world, is not the same for all emigrants and the process is extremely cumbersome and slow, especially in the United States.

The proposals range from eliminating the extensions that must be made every two years, to extending the validity date (currently 6 years) to at least 10 years.

Other emigrants propose the alternative of being able to enter with their second passport from the country of which they are citizens and thus avoid the process of obtaining a legal document from a country in which they no longer reside. For example, an emigrant in the United States since the 1960s is obliged to take out his Cuban passport to enter the island, even though he has been in that country for 60 years and is a citizen of said country.

This could facilitate and increase the trips of the Cuban community to the island, which would generate income for the country and contribute to the unification of Cuban families on both shores.

3-Not eliminating Cuban residence after two years of absence

Following the immigration reform that entered into force in January 2013, the fact that it had been admitted that for two years it was possible to maintain residence without living on the island, was a great step forward. It has allowed many Cubans not to break their basic ties with their country despite living abroad. But it forces them to return, sometimes without having the means to do it―the main obstacles are usually lack of resources to finance a trip or the time it takes for immigration procedures in the host countries. How many Cubans have lost their residence in Cuba hoping to obtain residence in their new country?

Two years is still a very short period of time for those who venture to seek fortune in other countries but would like to maintain their legal ties, businesses, properties, etc., which are only authorized for legal residents in Cuba. Two years is a very short period for those who dream of being able to invest in businesses and thus help their families and participate in the reconstruction of the country.

Extending that period of time to five years, for example, would leave a much greater margin for people to plan their legal status and not lose their rights and duties in Cuba.

4-Political participation and voting from abroad

In the last constitutional referendum, for the first time Cubans residing abroad with a valid Cuban passport were able to participate in the debate and offer their opinions/modifications to the articles of the draft constitution.

However, from abroad it was not possible to vote in the referendum, not even the Cubans who maintained their residence on the island, except those who were on official or diplomatic missions. Guaranteeing the political rights of those who still have residence on the island but for various reasons are abroad, would be a way to integrate all Cubans in their country’s decision-making.

Although the Law on Foreign Investment includes Cubans as potential investors, there are no cases that support the effective and regular approval of the projects proposed by emigrants, especially from the United States.

Many Cubans want the creation of incentives and guarantees for the investment of capital that emigrants would like to make available to their own country and their communities.

Juan Miguel Echevarría: "I'm not happy at all"