Cuban President Miguel Díaz-Canel launched the call from Argentina, before members of the Cuban community in that country. 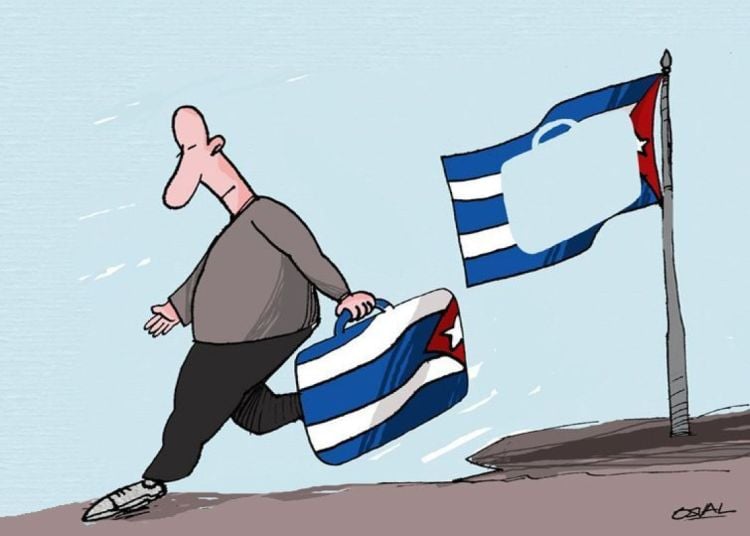 Between April 8 and 10, 2020, the 4th The Nation and Emigration Conference will be held in Havana, a meeting convened by the Cuban government with emigrants from the island residing in the five continents.

In Argentina, where he traveled to participate in the inauguration of the new government of Alberto Fernández, President Miguel Díaz-Canel launched the call before members of the Cuban community in that country.

The president said in a tweet that the meeting would take place “as part of the process of strengthening relations with residents abroad.”

From Havana, the general director of Consular Affairs and Cuban Residents Abroad (DACCRE) of the Foreign Ministry, Ernesto Soberón, repeated the call, evoking the continuity of the first 1978 dialogues between the government and Cuban emigrants.

“The meeting will also have a special meaning for young people who, having been born in other parts of the world, identify, defend and love the country of their parents and grandparents. For them, the Conference will be an excellent opportunity to get closer to their roots,” says the call, read by Soberón to the accredited press this Tuesday afternoon.

The Cuban authorities recognize about 166 organizations founded in 79 countries that bring together Cubans residing abroad who identify with the defense of the sovereignty of Cuba and speak out against the U.S. blockade against Cuba.

“Despite the growing hostility of the U.S. policy towards our country and the intensification of the blockade, which affects all Cubans, no matter where they are, and which also makes it difficult for families to connect, Cuba’s natural and inevitable rapprochement will continue with its nationals abroad, it will continue following the will of our people, in the exercise of their self-determination,” the document adds.

The call also ensures that “the current national policies encourage a greater participation of these (Cubans residing outside the island) in the socio-economic development processes taking place in the country.”

In recent years, Havana has taken steps to approach its emigration and has taken some measures such as eliminating the so-called “Enabling” of the passport for Cuban emigrants traveling to the island, allowing those who left the country illegally to enter Cuba, except for those who did so through the U.S. Guantanamo Naval Base, and eliminating the requirement of approval so that the children of Cubans residing abroad, who were born abroad, can obtain Cuban citizenship and their identification document.

In addition, it periodically holds meetings with members of the Cuban community in different countries, including the United States, in particular with those who do not have a position that is openly against the island’s government.

However, there are still points of controversy, such as the emigration’s demands to have a greater presence in the economy and investment, as well as in political life, and also issues related to the procedures and cost of the passport, and the loss of Cuban residence and citizenship.