The cars, recently arrived from China, passed various technical tests that demonstrated "the high reliability and quality of the imported equipment," according to Cuban specialists. 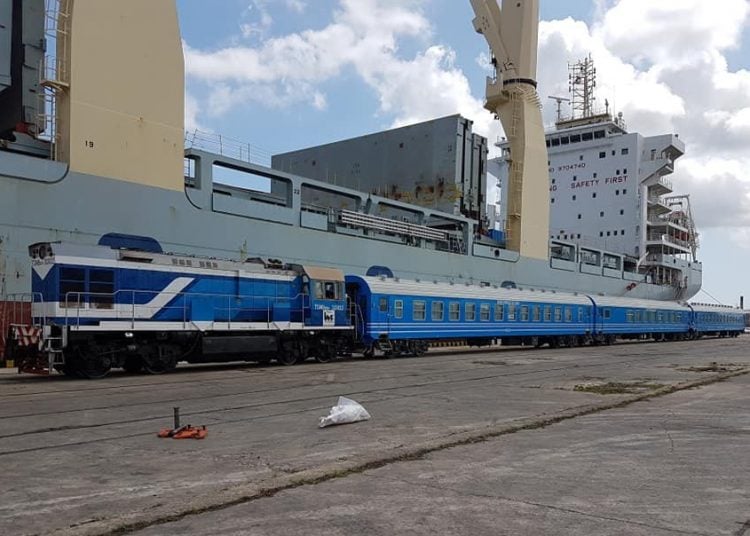 New Chinese cars for Cuban railroad in the port of Havana, May 19, 2019. Photo: @JuventudRebelde / Twitter.

Most of the Chinese cars recently arrived in Cuba as part of the “modernization” of the Cuban railroad are “ready” to roll on the island, according to the official website Cubadebate.

Frank Morejón, head of the technical group in charge of the new cars, said to the digital publication that a total of 64 of the 80 wagons “are already ready to start operations,” while the rest “should start next week.”

The specialist said that to authorize their operation the cars pass a start-up protocol, “a test in which the different systems of the rolling equipment are checked and that allows us to guarantee the optimal conditions for their operation.”

He said that they had undergone “the required technical checkup,” which showed “the high reliability and quality of the imported equipment” and that it was only necessary to correct “small details” such as lights that did not go on due to some false contact.

“The air-conditioning system and the rolling and traction technique work perfectly,” he said.

Morejón explained that the cars also underwent “the road test,” in which they travelled along “all the tracks and stations” where they will stop once integrated into the island’s railroad system.

He said that “regular” inspections will be carried out on these trains “in order to ensure their proper functioning and achieve their durability” and that “several containers with spare parts that will be key in the support of the railroad revitalization program” were imported along with the cars.

In addition, he stated that “the purchase (of spare parts) will be adjusted to the real needs after the operation of the trains” and that “an investment process had previously been carried out to modernize the facilities where the railroad equipment will be serviced,” as well as the training of its technicians.

Upon the arrival of the cars, the island’s transportation authorities assured that they would start operating in the summer months, but, as Cubadebate recalls, “the date of the new itineraries’ start is still unknown, as well as the ticket prices.”

Their implementation will allow “reducing the departure cycle of several itineraries,” including the routes between Havana and the eastern cities of Santiago de Cuba, Bayamo and Guantánamo, and the restart of the Holguin route after 13 years not operational.

Cuba had not acquired for 44 years a batch of new cars for passenger transportation. Those that arrived from China are divided into two categories with different levels of comfort: a first class, with air conditioning and television and video system, among other services; and a second class with ceiling fans and audio system.

The two classes have 72 reclining and rotating seats, two bathrooms and a cold water fountain, and there are plans to incorporate the sale of food during their trips, according to previous information from the Cuban Railroad Department.

The critical state of railroad passenger transportation was addressed by a commission of the Cuban National Assembly in December 2018, which reported broken rail tracks, bridges and level crossings, as well as the low availability of locomotives, freight cars, motor and passenger cars, which limits services.

In addition to reviving passenger transportation, the state program to modernize the railroad seeks the rehabilitation of its main railroad tracks through a joint project with Russia in which an investment of about 1.123 million dollars is foreseen until 2030.

Locomotives and an experimental prototype of diesel railcar have also arrived from Russia. The agreement with Moscow also includes technical assistance to Cuban specialists, the delivery of spare parts for the maintenance of equipment and the modernization of workshops.