Suddenly the smell of the guava pastry openly hits you and we defend ourselves by saying that it’s just a pastry, made with just guava, how special can that be... 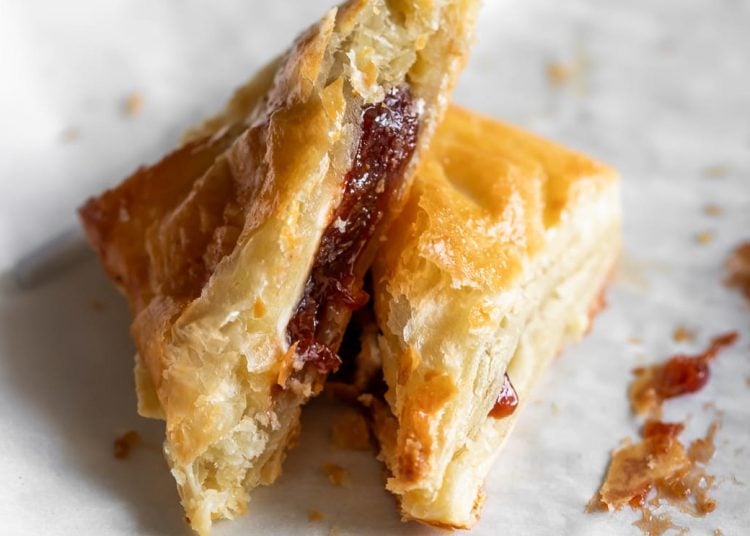 The sound like a giant hornet’s nest made by the thousands of cars passing through Miami’s fast roads does not announce a city that normally protects a great part of Cuba’s traditional culinary heritage.

The old people from Cuba say that the island’s cuisine is in Miami. It’s sad and this affirmation seems exaggerated, but when someone invites you have a fresh cup of coffee on a corner, we are transported to a Cuba forgotten and transcended by the modernity of scarcity.

Suddenly the smell of the guava pastry openly hits you and we defend ourselves by saying that it’s just a pastry, made with just guava, how special can that be…but they are Christianity’s best guava pastries. There in the old Versailles, they give you a tiny portion of cake soaked in syrup to make your palate fall in love and it falls in love, I can assure you.

Miami, so close, tastes like what we all like. In the cafeterias, restaurants, pastry shops, desserts are announced that are known in Cuba through literature, and things are sold that made us happy without having to reach abundance.

In the Carreta de la Calle 8 anyone eats ajiaco, boniatillo, picadillo, tostones, tamale in casserole, and life is made more bearable for Miami’s Cubans, because they can no longer see the Malecón, Padre Pico, Yumurí, but at least they quiet the nostalgia by eating as if they were in Cuba.

From Miami to Boston, the Cuban sandwich is available in the United States, a kind of bread prepared with almost everything that is edible, which no one has ever eaten in Cuba, at least for many years.

In Mexico the Cuban sandwich is also famous because it contains the most things, I don’t know why they insist on this. I remember that Cuba’s contemporary Cuban sandwich is a bread roll with a thin and translucent slice of plain ham.

We return to Miami, where Cubans walk along the street with a sense of belonging and proudly speak Spanish, mixed with some words in poorly spoken English. The parties they host don’t feature typical dishes from the north, perhaps because the most typical is diversity, emigration, transculturation.

Even so, Cubans in Miami complain that tomatoes are tasteless, that the pork they roast at the end of the year doesn’t smell like Cuba’s. But in the stores there are the Cuban brands of yesteryear and the wrappings and advertisements of an extinct Havana, which in Miami clings to the past, but with state-of-the-art technology.

Cubans’ birthday parties in Miami are like those from Cuba before the 1990s. Pork rinds, ripe plantains, black beans are eaten at any family gathering.

In recent decades, Cuba gained international recognition for its scientific research, its results in sports, its formation of public health professionals, the abundance of university graduates, the number of doctors per inhabitant on the island, the development of art, for the tranquility of its citizens, for the low infant mortality rate, for UNICEF’s excellent evaluations of primary schools, for the quality of it cigars, its rum, its medicines produced in national laboratories.

But we have left behind the culinary tradition, and it has been an option, another area of ​​culture has been prioritized, another aspect of social life and the interests of people has been considered strategic.

However, the long time without enjoying the simple sensation of eating what characterizes and charms us weighs on us.

We have been eating basic foodstuffs for a long time, with beans beneficial for health, but bad for pride because they nourish but take a long time to make. We also spend a long time without being able to store in the fridge, to accompany lunch, a national beer, patriotic and forward as a childhood friend.

And the meat, once pork, became cold cuts, and the cheese, once yellow, was bleached or melted, and the wine, previously Bulgarian, disappeared, and the Cuban things stopped accompanying us, with a tremendous cost of uprooting and disappointment.

Run into combat is ordered only with the assurance that the homeland will belong to everyone, because from the untouchable symbols to the ripe fried plantain they will be shared. Otherwise, we stop understanding the poem of Cubanness, which can’t only be epic, but also gastronomic.

Meanwhile, in Miami, the broth with its balls of fish and ripe plantain, boils in the light of the same sun as on the other side of the Straits of Florida. In the Palacio de los Jugos people ask for breaded steak, whose size would serve in Cuba to feed an entire family and Cuban customs resist dying in front of hamburgers and plastic pizzas.

One day it will be necessary to go to Miami to go through the recipes to rediscover delicacies that used to cheer up our Sundays, celebrating how close Cuba’s flavor has been treasured.