"Live animals or frozen products cannot be transported and smoking is not allowed" in the new cars as part of the measures "for their care and sustainability," according to the minister of transportation. 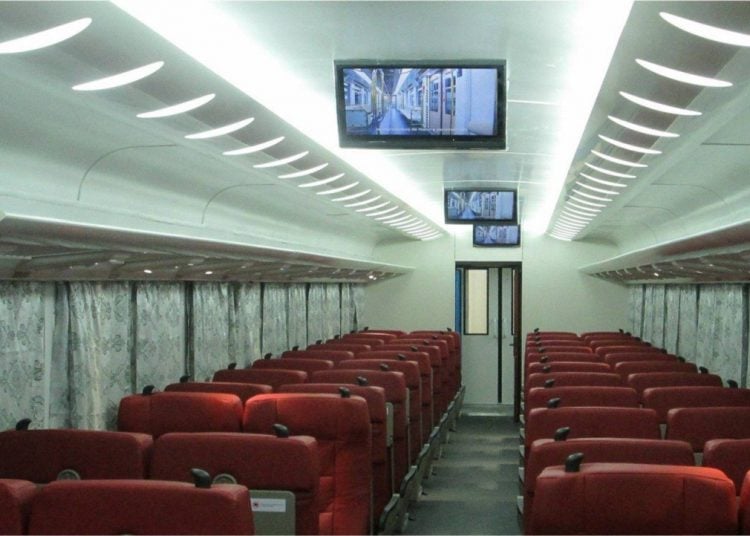 The trains with the new cars which arrived from China weeks ago will start working next weekend, the island’s Minister of Transportation Eduardo Rodriguez announced this Monday in a commission of the National Assembly of Cuba.

“We are working intensively so this service so expected by the population can start this weekend,” said Rodríguez, who explained that the service will start on the route between Havana and Santiago de Cuba, and afterwards those that will join the Cuban capital with the cities of Holguín, Guantánamo and Manzanillo will be incorporated, “in that order.”

The minister said that for the start of the new trains “the entire infrastructure, the conditions of the stations and the training of railroad attendants has been reviewed, which will allow for providing quality service,” the Cubadebate digital site said.

In the case of Havana, whose central station is currently under reconstruction, the trains will depart from what is known as La Coubre, which according to the minister was “recently remodeled.”

He also commented that although the cars are new, the locomotives are not, “and therefore necessary maintenance actions were carried out for these equipment.”

Rodríguez stated that “live animals or frozen products cannot be transported, and smoking is not allowed” in the new cars as part of the measures “for their care and sustainability.”

He said that an application will be launched to follow in real time the route of the trains, which will be composed of seven regular and four air-conditioned cars, each with a capacity for 72 passengers.

This Monday the ticket prices of the new trains were also announced, which will be cheaper than those of the national buses that make the same route.

According to what was published in the extraordinary edition number 11 of the Official Gazette of Cuba, the ticket from Havana to Santiago de Cuba will cost 70 Cuban pesos (CUP) in regular cars and 95 in the special ones, more than the current prices but less than those for buses, which cost 169. The same goes for the rest of the destinations.

As for the prices of the remaining stretches, they will be approved by the head of the Cuban Railroad Union (UFC) and will not be less than 5 pesos in regular cars and 10 pesos in the air-conditioned ones.

The regular service will have ceiling fans and audio system, while the special will have air conditioning and television circuit. Both types of cars will have reclining and rotating seats.

Meanwhile, the snacks will consist of a sandwich and a soft drink and will cost 20 CUP, not included in the price of the ticket.

The Resolution published in the Official Gazette also establishes the rates per kilometer traveled, “to determine the price for the population of the different distances traveled,” Cubadebate explains.

with window and ceiling fan)

In addition, children under 5 years who do not occupy a seat, will be exempt from payment and those under 12 who occupy a seat will receive a discount of 50% of the value of the ticket.

The Resolution clarifies that the established rates are only applicable “when the service complies with the conditions set for it.” If the quality of the service decreases, the UFC must “make discounts on the price of the ticket, depending on the level of the consequences.”

It also establishes that each passenger over 12 years old can transport a carry-on baggage and another two more as accompanying baggage, which may contain personal effects and of their profession or trade.

The entry into operation of the new trains is part of a government strategy to revitalize rail transportation on the island, part of which also includes the rehabilitation of the main rail tracks through a joint project with Russia, technical assistance for Cuban specialists, the arrival of new locomotives and the foreign maintenance of the equipment.