The 2022 harvest is forecast to be well below last year’s record low. 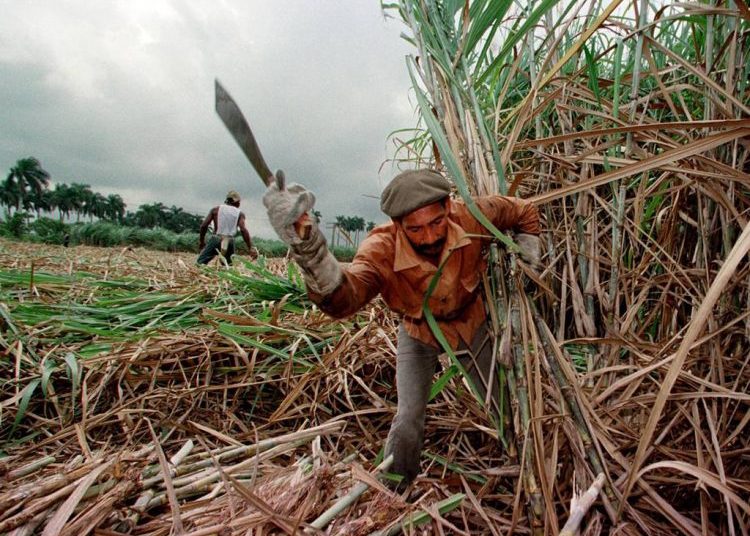 A Cuban cane cutter in the middle of the harvest. | Photo: Cubaencuentro.

The planting of sugarcane for the coming harvest left much to be desired. Apparently, because of the U.S. economic embargo/blockade, the island has not been able to buy tires and batteries and surely other products necessary for the harvest, such as fertilizers. Therefore, forecasts are grim.

The last harvest had already been terrible, with 38 of the 56 mills operating and barely 70% of the land planted. This year the picture is not encouraging either. According to official media and reports, the Cuban sugar industry is headed for an even worse season.

The government is still unable to finance the needs of the sector, including input, irrigation and spare parts, a situation aggravated by the new U.S. sanctions, to which the pandemic has also contributed. “The government will have to import and perhaps cut the sugar quota in the monthly food ration. Bakeries will have to struggle to make sweets,” said a sugar expert consulted by the British Reuters news agency in a note referred to above.

The government had banked on a small increase in sugar production to meet its target of 4% growth this year, after the economy shrank more than 11% in 2020 and grew just 2% last year with the reduction of resources available for mills and plantations.

The sugarcane harvest in Cuba usually begins in November and runs through May, but this year most mills opened in December and closed in early January due to a lack of spare parts and cane. “They will not recover the lost tonnage and it is likely that they will be delayed even more since the problems are structural and long-standing,” said the local sugar expert consulted by Reuters in the aforementioned note.

Several reports published in the official newspaper Granma showed that key sugar-producing provinces, including Villa Clara, Las Tunas and Cienfuegos, are well below sugarcane production goals. Other reports and local sources indicated that production in the 35 Cuban sugar mills is delayed, in a projection scenario in which Cuba had allocated some 500,000 tons of sugar for domestic consumption and planned to sell 400,000 tons to China.