According to scientists, the country is pointing towards a decrease in confirmed cases and deaths. In addition, they assure that it is heading towards the control of COVID-19. 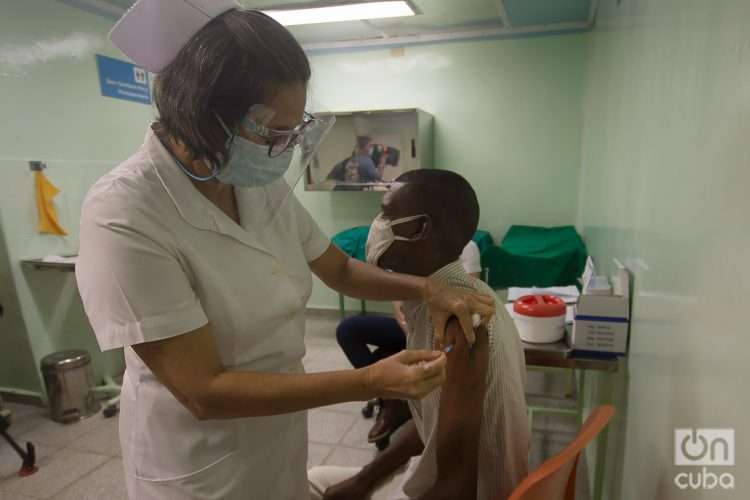 Cuba, with 89.2% of its population with the complete COVID-19 vaccination scheme, wants to speed up the booster dose campaign to prevent re-outbreaks, the official press highlighted this Wednesday.

“We must speed up the pace of booster vaccination, plan it, which also includes convalescents,” Cuban President Miguel Díaz-Canel said at his weekly meeting with experts who have advised the government during the pandemic, as reported by the official media.

However, they warned that the duration of the immunization of people who have received one of the three locally produced vaccines (Abdala, Soberana 02 and Soberana Plus) should be thoroughly studied.

In this regard, during a Columbia University (United States) videoconference, Dagmar García-Rivera, director of research at the Cuban Finlay Vaccine Institute (IFV), said this Tuesday that the island managed to contain the latest wave of infections thanks to the progress in the administration of the third dose (last of the Cuban vaccine scheme) and the booster.

“When 50% of the people got their booster and more than 80% were fully immunized, the wave of Omicron infections began. But the peak was only a third of the Delta,” she stated.

The last wave of infections, which began in January — and which did not reach 4,000 positive cases per day —, was much lower than the previous one, which reached its highest point between July and August of last year when for several weeks there were more than 9,000 daily cases and close to a hundred deaths per day.

“The more than 35 million doses applied have allowed 93.6% of the vaccinated population to have a complete scheme and 67.6% with the fourth dose, a booster,” he stated.