The country’s health authorities report four patients in serious condition. Yesterday there were no deaths. 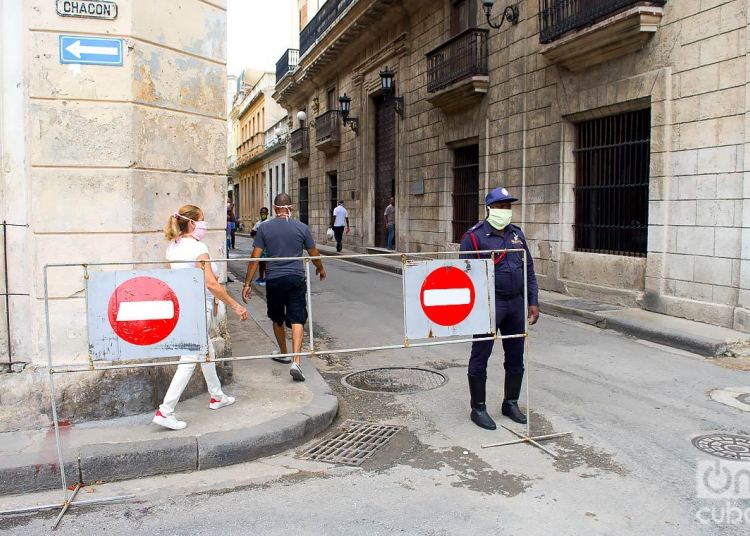 So far the effects of the pandemic on the island have resulted in 82 deaths and 1,963 infections. The number of recovered patients is 1,709. Photo: Otmaro Rodríguez.

There was no death yesterday in Cuba and the number of reported infections was 16, most of them concentrated in Havana, according to the information offered today by Dr. Francisco Durán, national director of epidemiology of the Ministry of Public Health (MINSAP).

Thirteen of the positive cases are from the capital, where the most affected municipalities were Centro Habana, Arroyo Naranjo, Diez de Octubre and Habana del Este. Matanzas, meanwhile, reported 3 patients, all in the provincial capital.

With this new registration, infections in the capital amount to 955.

All the patients identified this time are Cuban, and 93% of them were related to confirmed cases. The number of women was higher than that of men (11-5) and the most affected age groups were between 40-59 years, with seven cases, followed by 20-39 years, with five.

Fourteen of yesterday’s the SARS-CoV-2 virus positive cases were asymptomatic.

So far the effects of the pandemic on the island have resulted in 82 deaths and 1,963 infections. The number of recovered patients is 1,709.

As of midnight on May 25, 434 patients were hospitalized for epidemiological clinical surveillance and 1,823 people were under primary healthcare surveillance in their homes.