The number of hospitalizations had dropped to 467; 15 medical discharges and two patients in serious condition were reported. 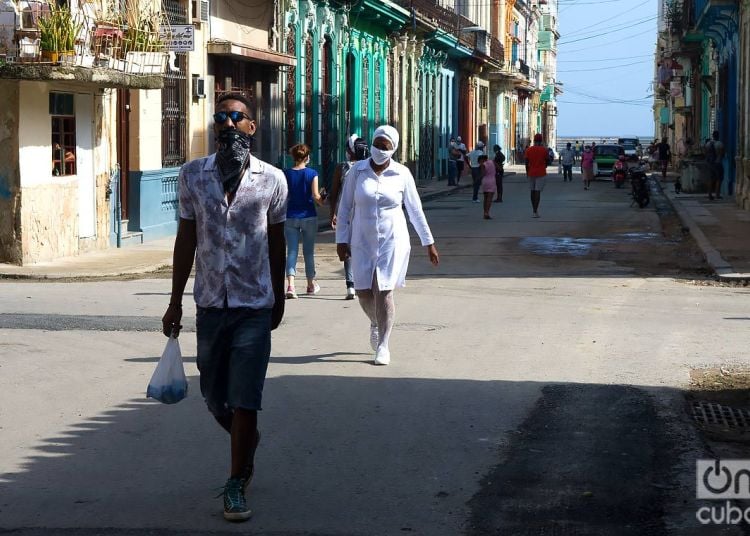 The country has processed a total of 98,381 tests, of which 1,974 have been positive, MINSAP reported today. Photo: Otmaro Rodríguez.

There were no deaths from COVID-19 in the last 24 hours in Cuba and 11 people were diagnosed as positive; nine in Havana, one in Artemisa and another in Ciego de Ávila, as reported this morning by the authorities of the Ministry of Public Health (MINSAP).

Four of the infections reported in the capital were related to the local transmission event that occurred in the well-known La Época shopping center, although the infections are limited to the municipalities of Cotorro, Cerro, Habana del Este, Playa and Old Havana.

The case reported in Artemisa is also related to the La Época event.

The eleven new infections correspond to Cubans, 10 of them were in contact with detected patients and seven are women.

The most affected age groups were those between 40 and 60 years, with five cases, followed by those under 40, with four.

Eight of these new patients were asymptomatic at the time of their diagnosis, a number that is increasing day by day in Cuba as in the world, said Dr. Francisco Durán, national director of epidemiology.

At the close of yesterday, 467 people were hospitalized for epidemiological clinical surveillance and 1,627 were under primary healthcare surveillance in their homes.

The country has processed a total of 98,381 tests, of which 1,974 have been positive, according to the MINSAP. The evolution of the disease on the island, prepared by OnCuba, can be followed at this link .