The president wants to make it easier for African-Americans and Hispanics to vote, which the Republicans hope to make difficult to regain control of the two houses in Washington. 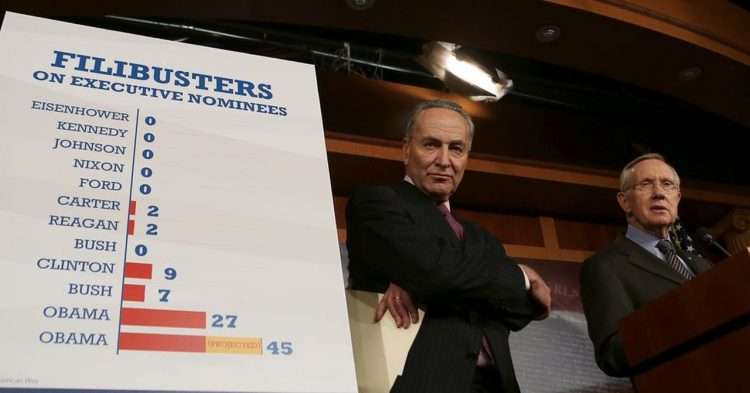 Last week, as President Biden delivered an important speech in Atlanta designed to prompt the Senate to change its rules in order to pass a pair of voting rights bills, Senate Minority Leader Mitch McConnell warned Democrats: “Be careful what you wish for.”

These conflicting messages set the political stage for this election year, when the entire House and 34 Senate seats are up for grabs. Biden largely spent his first 11 months in the White House seeking courtesy and engagement, especially from the Senate, where he spent 36 years.

While activists urged him to get serious about blocking state bills that make voting difficult, packing the Supreme Court to counter a 6-3 Republican majority and throwing out filibustering, which effectively allows a lone senator to derail an agenda, the president resisted. He believed that it was still possible to find common ground in Washington.

It seems that sometime between Thanksgiving and Christmas, Biden had a clearer picture of what Washington is really like. After Sen. Joe Manchin of West Virginia single-handedly increased the Democrats’ welfare spending bill, the White House issued a detailed and wanton indictment against a Democrat. Biden ignored comments from his predecessor, openly challenging Donald Trump’s dangerous rhetoric while visiting Capitol Hill on the anniversary of the Jan. 6 attack.

Thus, in that speech last week, the president indicated that he had privately tried to persuade lawmakers to accept the changes. Biden said he had had these quiet conversations with members of Congress for the last two months but that he was tired of keeping quiet.

To avoid a wasted year before history picks up on the potential loss of control of the House in November’s midterm elections, the Democrats plan to scrap or at least limit the use of filibustering, Senate Majority Leader Chuck Schumer promised a first vote on election bills before Martin Luther King Jr. Day this Monday.

A vote on the change of rules could come as early as Wednesday, though it appears headed for defeat. Manchin has said that he will not move the 60-vote threshold without the support of Republicans, something that is not in the offing. Sen. Kyrsten Sinema of Arizona has also opposed changing the rules.

Beyond that pair of moderates, there remains some concern about giving up the ability to mislead the Senate if Democrats a year from now find themselves in the minority. After all, the Senate is currently split 50-50, and only Vice President Kamala Harris is capable of breaking the tie. In perhaps the most telling clue to the conflicting views on changing filibustering, ardent Biden supporter Chris Coons, who holds Biden’s former Senate seat from Delaware and is a kind of Biden’s de facto liaison with Congress, apparently is not eager to support the changes. Others are quietly skittish.

But for the Biden team, inaction on voting rights is not an option. Since the 2020 election, 19 states have passed 34 election bills restricting access to ballots. Dozens of other states are waiting in Republican legislatures. Trump’s baseless claim that voter fraud cost him a second term is sparking a crackdown on voting rights. It’s a major hurdle for civil rights activists, who see these moves as an assault on voters of color.