The proposal includes, among other aspects, the aim of increasing the real estate sphere associated with golf courses and marinas, and the possibilities that exist in this sense in several provinces such as Cienfuegos, Artemisa, Pinar del Río and Holguín. 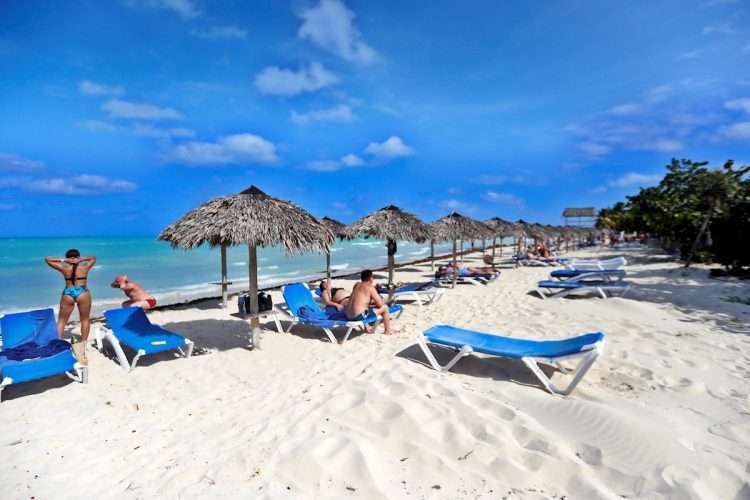 Cuba presented this Monday to Spanish businesspeople a tourism portfolio that includes growth projections for 2030, during a meeting prior to the International Tourism Fair (FITUR 2022), in Madrid, according to official media on the island.

According to a report by Prensa Platina (PL) news agency, Cuban Minister of Tourism Juan Carlos García Granda detailed during the exchange the strengths of the sector, among which he highlighted the success of the vaccination campaign with three of the country’s products that have proven their effectiveness.

García Granda, who heads the Cuban delegation to FITUR, an event that begins this Wednesday at the IFEMA-Madrid fairgrounds, outlined some objectives of the entity he heads, such as increasing hotel capacity to 95,000 rooms and exceeding six million visitors, but he did not specify when that result is expected.

PL refers that during the presentation before representatives of different firms in the sector in the Iberian country, the Cuban minister detailed ideas to increase the real estate sphere associated with golf courses and marinas, and cited the possibilities that exist in this regard in the southern province of Cienfuegos.

The Cuban minister blamed the economic blockade imposed by the United States on the island and the impact of the COVID-19 pandemic for the slowdown in tourism development. But he highlighted that 62% of the joint ventures that operate in the country are of Spanish origin and encouraged the business community to continue betting on Cuba, according to the news agency.

García Granda said: “Despite the campaigns that insist on distorting our reality, I invite you to visit us and see for yourself. We are a safe, vaccinated, solidary country with much to offer for a healthy, nature, heritage, culture and sun and beach tourism.

Tourism has been one of the sectors of the economy hardest hit by the pandemic. Since the Cuban authorities decided to reopen the borders to receive international visitors, they have focused on highlighting the safety the country offers as a tourist destination.

Its own design and production of vaccines against SARS-CoV-2, and the possibility it offers to immunize the entire population, have been several of the arguments used to project the recovery of the sector, which could be at around 2.5 million foreign visitors, according to tourist authorities.