This Saturday, the Ministry of Public Health reported 63 new cases of coronavirus, bringing the total number of infected to 986. The authorities also confirmed the death of one person and 35 discharges. 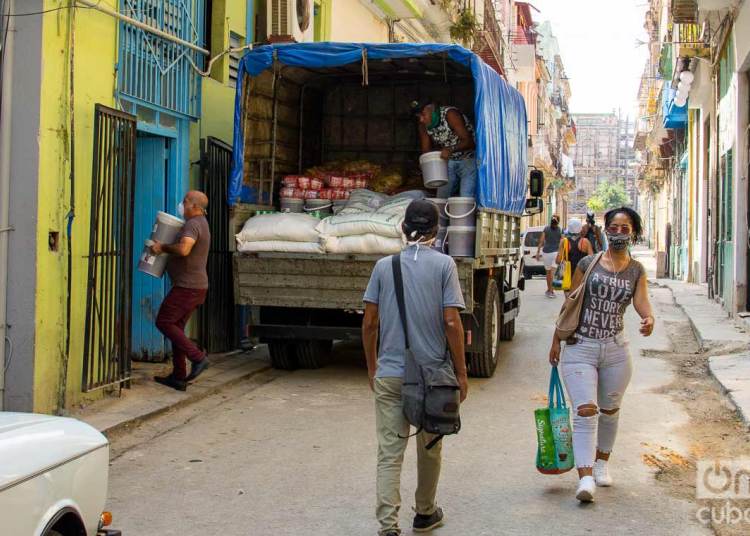 The Cuban Ministry of Public Health (MINSAP) reported this Saturday of 63 infections of the new coronavirus, so the number of confirmed cases on the island amounted to 986, very close to a thousand, a figure that 79 countries have already exceeded, according to Johns Hopkins University’s update in real time.

Dr. Francisco Durán, director of epidemiology of the MINSAP, said at a press conference that the death toll rose to 32 after the death of a patient at the close of this Friday’s data, and now the country has a mortality rate of 3.2.

According to this Saturday’s report, which reflects the data from the closing on Friday, there are 10 people in critical condition and five in serious condition. The remaining 710 hospitalized patients presented a stable clinical evolution.

The MINSAP report specifies that there are 2,866 patients and 1,968 suspected cases hospitalized, while another 7,592 people are under primary healthcare surveillance in their homes.

Of the new 63 coronavirus positive cases, 49 are contacts of already confirmed patients and the source of infection of 14 is being investigated. Cuban health authorities started reporting cases without a specific source of infection on April 5, and since then 93 positive patients with these characteristics have been reported.

On the other hand, 80.9% (51) of the cases identified during Friday were asymptomatic. According to the daily MINSAP reports, they have identified as positive 258 patients without symptoms, which represents 26.2% of all those infected. Authorities began reporting on this on April 9.

As explained by Dr. Durán, 25,390 diagnostic tests (PCR) have already been carried out on the island. This Friday, for the twelfth consecutive day, more than one thousand (1,895) tests of this type were made: 975 at the Pedro Kourí Institute of Tropical Medicine; 188 in the Havana laboratory; 275 in Villa Clara; 77 in Santiago de Cuba; 187 in the Civil Defense laboratories; 93 at the Center for Genetic Engineering; and 100 at the Hermanos Ameijeiras Hospital.

Regarding the deceased, Dr. Francisco Durán explained that he is a 44-year-old patient, who arrived from Spain in March and was admitted 18 days ago to the Dr. Joaquín Castillo Duany Military Hospital, in Santiago de Cuba.

This person, with a history of chronic myeloid leukemia and perianal abscess with treatment, entered intensive therapy on April 13 and on Friday developed clinical and gasometric worsening with hemodynamic instability, not responding to the therapeutic measures used.

Cuba has had a marked rise in cases in the last ten days, with a total of 590 infected. During that period, the daily confirmations have not dropped below the 40, with a peak of 63 positive cases this Friday, April 17.

Despite this, Cuban Minister of Public Health José Ángel Portal Miranda said this Friday that the country is moving between the first and second stage of scientific modeling previously made known.

“We are below the critical or average,” he emphasized, although he acknowledged that “we cannot be over-confident, because the studied scenario can reach a critical figure. If we increase discipline and each one complies with the measures, we can move through the most favorable scenario. That depends on each one of us.”

“We all have to protect ourselves, especially vulnerable groups. The knowledge we have of how to participate will avoid greater consequences,” said Miranda.

For this, he reiterated the need to obtain the support of all citizens. “The teamwork carried out in the country is important, which is not only carried out by the Ministry of Public Health. The actions that we have been developing jointly must compulsorily contribute to the country having control over this disease,” he said.

Screenings from cell phones in Cuba