After six years of nonoperation, its rehabilitation began in May 2018, with an investment of more than 4 million dollars. 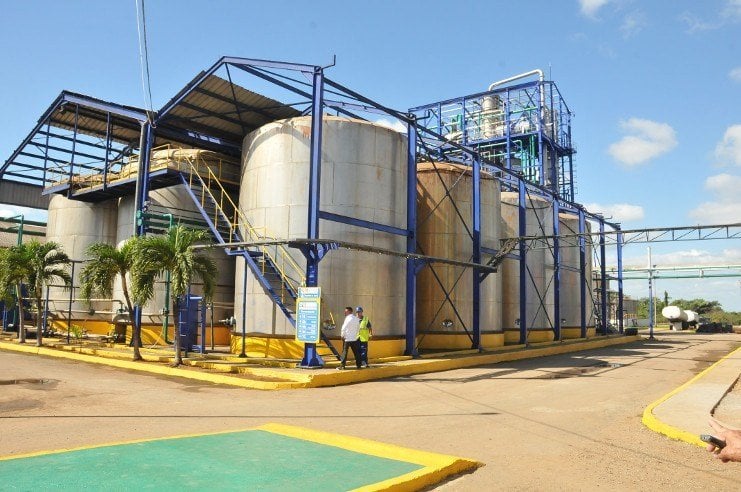 Located in areas of the Antonio Sánchez sugar cane factory, in the municipality of Aguada de Pasajeros, the Alficsa Plus S.A. Refined Alcohols Distillery, a joint venture with capital from the AzCuba Sugar Group and a Spanish company, was inaugurated last Saturday.

According to Radio Ciudad del Mar, the plant has the capacity to distill around 1,000 hectoliters of refined alcohols daily that are used primarily in the production of rum, perfumery and cosmetics, and its main clients are Havana Club International, Cuba Ron and Suchel Camacho.

After six years of nonoperation, its rehabilitation began in May 2018, with an investment of more than 4 million dollars.

Since Alficsa began its initial trial period, so far it has already produced 3.3 billion liters of alcohol, and exports are expected to begin in the first quarter of 2020, Granma newspaper reported.

The distillery uses Cuban crude oil for its operation and as the main raw material sugar cane molasses. Distillation wastes go to nearby torula plants where animal feed is produced and a CO2 plant for the production of soft drinks.

This cycle of productive chains closes with the use of waste also in fertilizer irrigation that benefits sugar cane plantations.