The president of BioCubaFarma, Eduardo Martínez, announced this Wednesday on his Twitter account the start of the manufacturing at Aica laboratories of a batch of the vaccine.

OnCuba editorial staff
in Health in Cuba, Science in Cuba
0 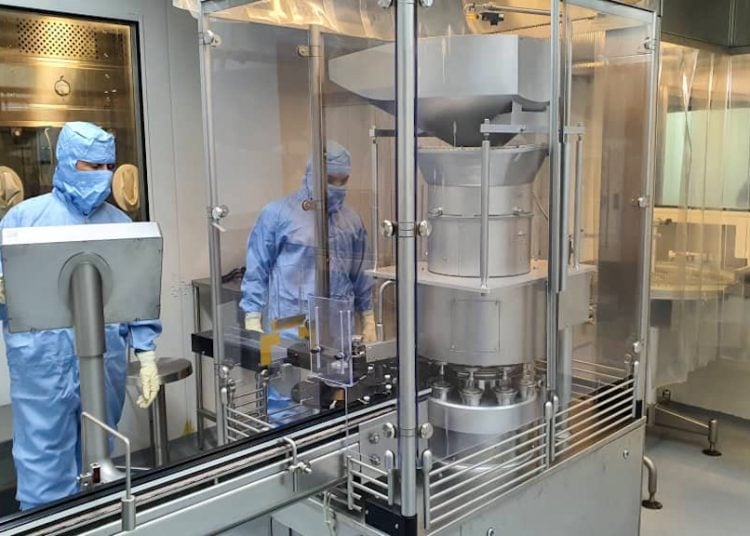 The president of BioCubaFarma, Eduardo Martínez, announced this Wednesday on his Twitter account the start of the manufacturing at Aica laboratories of a batch of the vaccine.

Developed by the Center for Genetic Engineering and Biotechnology (CIGB), Abdala has demonstrated safety and immunogenicity against coronavirus in the second phase of clinical studies.

For their part, officials of the Cuban biopharmaceutical industry explained that their plants have enough capacity to produce more than 100,000 bulbs per day of the vaccine candidate, at a rate of 12,000 doses per hour, according to the source.

Authorities from the BioCubaFarma business group and the Finlay Vaccine Institute (IFV) confirmed this weekend the large-scale production of Soberana 02, at the National Center for Biopreparations (BIOCEN).

The third phase of clinical trials with this formulation developed by the Finlay Institute will begin in March in Havana.

The director general of the IFV, Dr. Vicente Vérez, affirmed yesterday that this vaccine candidate has demonstrated a “high degree of safety and reliability” in the preceding trials, Tribuna de La Habana reported.

Cuba intends to immunize its entire population this year, which is why it advances in the development of four vaccine candidates in unison; in addition to Soberana 02 and Abdala, the island’s scientists continue the studies of the Soberana 01 and Mambisa candidates.