US official attends meeting on Ebola in Havana 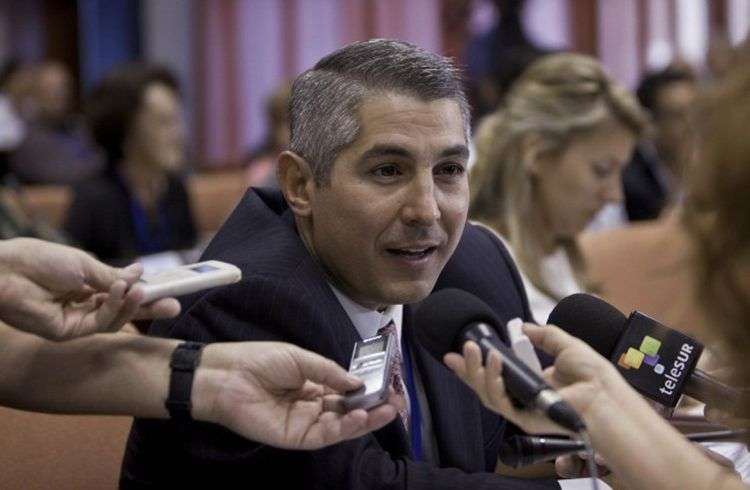 Doctor Nelson Arboleda is in Havana, participating in a workshop to develop strategies to prevent and fight against Ebola. The act itself would have nothing extraordinary if he were not a director for Central America of the Centers for Disease Control and Prevention (CDC), a US government agency. The presence in Cuba of this official can be considered one of the earliest evidence of possible cooperation between the Cuban government and US in the battle against the epidemic.

When asked about the completion of this cooperation, Arboleda said his country is willing to work “with all the actors who are working in the region to ensure we have an effective global response to this virus.”

The CDC representative explained that the United States is interested in working with countries in the region to prevent the spread of the disease because “this virus knows no boundaries and can reach any part of the world.” “In America it is important to be prepared and have an appropriate and rapid response,” he added.

The meeting was convened last week during the extraordinary summit of ALBA in this city, attending 254 specialists from 32 countries and organizations from across the region who will work in plenary and four committee meetings and will run until Thursday. In addition, participants will visit the Pedro Kouri Institute of Tropical Medicine, center where professionals in the brigade of Cuban health collaborators sent to West Africa prepared.

At the opening ceremony a moment of silence was observed in memory of Jorge Juan Guerra Rodriguez, a Cuban collaborator who died Sunday in Guinea due to malaria with cerebral complications.

The active role of Cuba in combating the epidemic has been recognized both by international organizations and by several voices within the United States, as the Secretary of State John Kerry and The New York Times.