carlos
in Technologies of Communication and Media
0 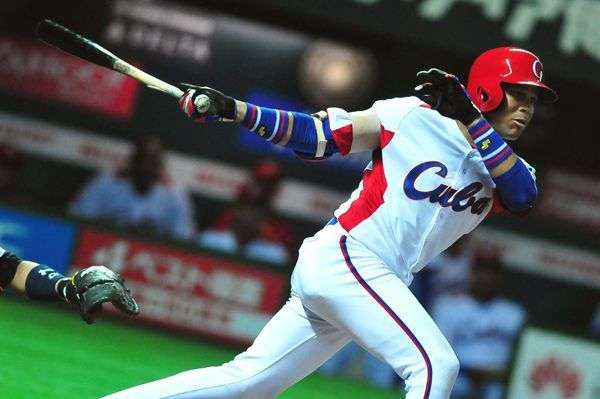 José Miguel Fernández and Lazaro Herrera, second base and catcher of the Matanzas baseball team in recent seasons, are in country and not, as several sources claimed, in the Dominican Republic or Mexico. Both were captured on October 25th in eastern Holguin province when they were trying to leave the country.

While the escape of Cuban ballplayers is already normal, the case gained attention because, according to reports, the houses awarded both to Fernandez and Herrera for athletic performance in Boca de Camarioca and Matanzas, respectively, had been occupied by the state (given the legal status of government goods), and families of the players evicted.

Yansai Montaner, wife of Herrera, told Diario de Cuba, in a report published last October 22, the pressures to which she was subjected to abandon the property, but said that at no time they had evicted her. Her grandparents, consulted in their apartment, in the Frank País neighborhood, Colon municipality, confirmed that Montaner continues in Matanzas, and although sharp, did not seem particularly concerned because “there are no evictions in Cuba.”

The finding is significant because this is the apartment where Montaner previously lived, and where she probably would have had to go back, if the eviction had been carried out. Montaner, however, referring to the wife of José Miguel Fernández, said “She was pregnant and kicked out to the street, like a bitch.”

Friends near Fernandez and neighbors in Boca de Camarioca (hopefully they will soon accept to reveal their identity) say when the state closed the house, already the wife of Fernandez had left on her own, offsetting at least the drama and brutality implicit in the declarations by Montaner. Likewise, there is talk about an alleged dispute between the father of Fernández and the authorities, for some personal property that remained inside the house.

There are rumors of all kinds, and are also important points to be clarified, as it is undoubtedly the fact that allegations of Montaner may have slowed the likely eviction, or, on the other hand, the fact that no probable eviction it was just a ball of smoke or misunderstanding expressly inflamed, as is common with almost any Cuban news of interest.

We will try, from now on, to get more accurate data, and talk to some of those involved.

US official attends meeting on Ebola in Havana