With the inauguration of the laboratory in the special municipality of Isla de la Juventud, samples from this territory will no longer have to be taken to Havana to be analyzed. 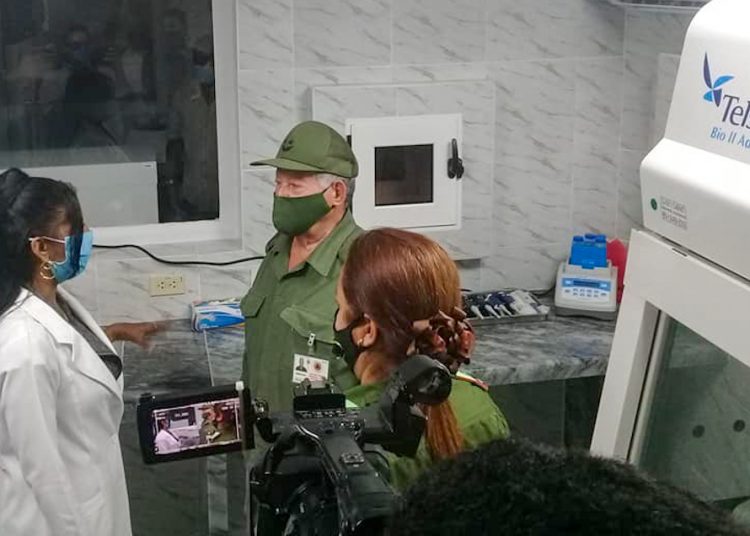 With the inauguration of a molecular biology laboratory this Tuesday in the special municipality of Isla de la Juventud, Cuba has completed its network of such facilities, where samples are processed for the diagnosis of COVID-19.

Until now, PCR samples from coronavirus patients and suspects on the Isla de la Juventud were sent by plane to Havana, to be processed at the Pedro Kourí Institute of Tropical Medicine (IPK).

The doctors, specialists in Microbiology and laboratory graduates who will work in the new facility received training in molecular biology techniques, SARS CoV-2 diagnosis and biosafety protocols precisely in the IPK, the Agencia Cubana de Noticias (ACN) news agency reported.

During the opening ceremony, the director of public health in the special municipality, Israel Velázquez, affirmed that the new health facility, whose work is valued at 1.8 million pesos, will guarantee a better quality of life for the more than 83,000 inhabitants of the territory.

For her part, the microbiology specialist and head of the laboratory of the Municipal Hygiene, Epidemiology and Microbiology Center, Viviana Louit, said that the potential of the laboratory will be used both for the sampling of SARS CoV-2 and in the detection of fungal, bacterial, sexually transmitted, neurological and epidermal diseases, based on the availability of reagents.

Present at the opening was Division General Ramón Pardo Guerra, chief of the National Civil Defense Staff of Cuba, who “praised the country’s effort to, in less than a year, equip all the provinces with these diagnosis laboratories,” the ACN reported.

With the new facility, the special municipality adds the second laboratory of its kind, after the one built in Cayo Largo del Sur in 2020, in order to carry out epidemiological surveillance of foreign travelers who arrive at that tourist destination, according to the agency.