From a seemingly forbidden, truculent and libertine neighborhood, the Parisian Pigalle became one of the most touristic in France. 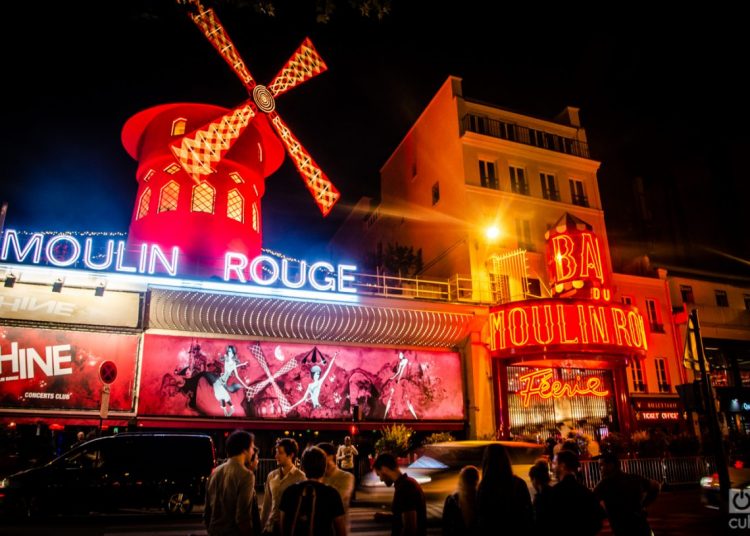 In Pigalle the social and moral boundaries collapsed before the revelry of popular culture. There, where for more than a century the immense sails of the Moulin Rouge—the most famous cabaret in the world, a neighbor of the Montmartre Sacre Coeur Basilica —have turned, art, eroticism and sexual freedom revolutionized Paris. 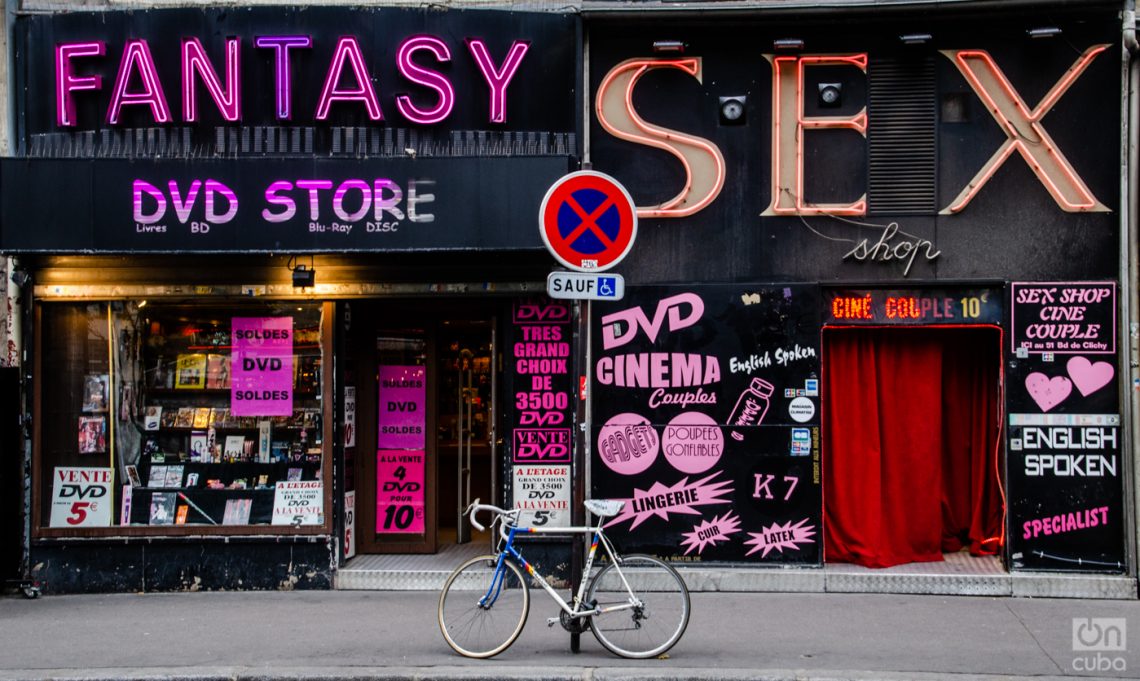 Among these streets and buildings from the late 19th and early 20th centuries, among emblematic cafes and cabarets, famous artists coexisted and were inspired. 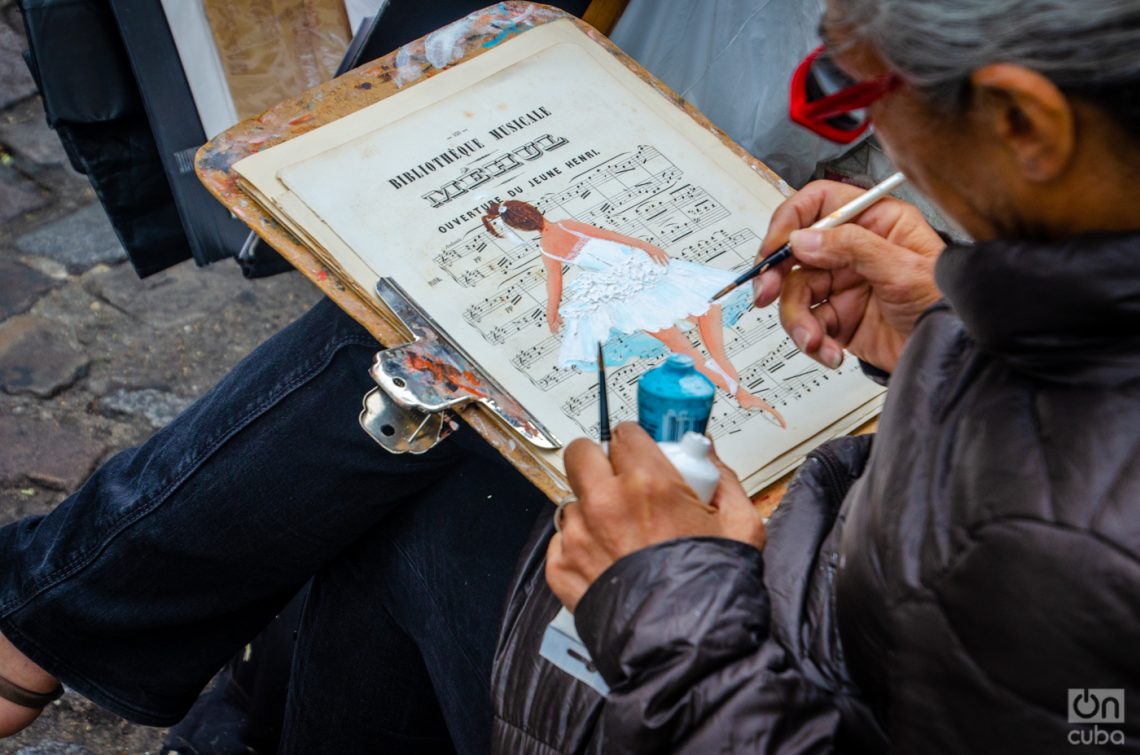 Vincent van Gogh liked to walk along the Seine riverside of Pigalle, a little away from the aristocracy of the Louvre and the gardens of the Tuileries. From these journeys, the Dutch painter was inspired to create several of his oil paintings. The boulevard de Clichy is one of them. It is about the daily recreation of one of the main arteries of the neighborhood. Influenced by impressionism and by his friendship with Paul Victor Signac, an important neo-impressionist painter, Vincent experimented with chromatic contrasts in this piece and applied the colors with subtle brush strokes.

The artist knew very well where he walked. He was a regular at the Tambourin, a cafe installed on the boulevard de Clichy itself, where he had a love affair with its owner, the Italian Agostina Segatori.

Proof of this love is the painting “Agostina Segatori sitting in the café du Tambourin,” painted in 1887 and exhibited, together with his famous flower still lifes, in one of the two exhibitions that the Dutchman made in the aforementioned café.

Pigalle, named after the sculptor Jean-Baptiste Pigalle, reached its peak of excitement and popularity in 1889, with the inauguration of the Moulin Rouge. The cabaret, built by Josep Oller and Charles Zidler, then raised its curtains to offer artistic variety shows. 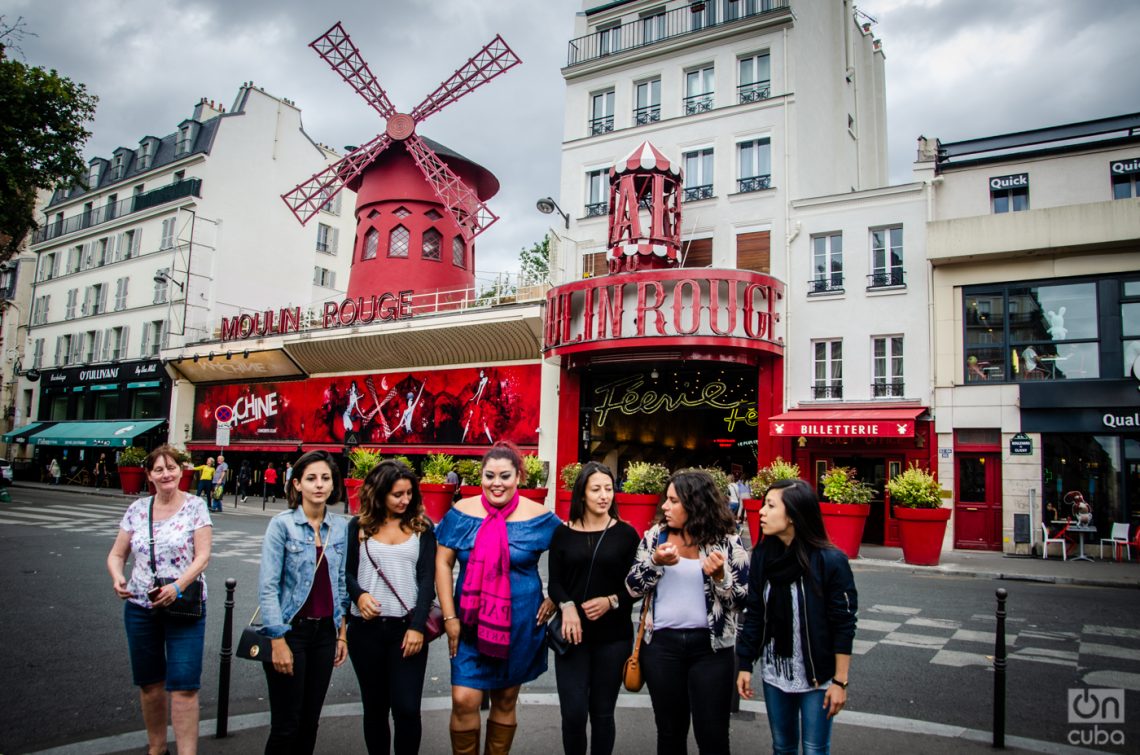 The City of Light then lived its golden age, known in history as the Belle Époque, marked, in turn, by the second Industrial Revolution. A historical coincidence: the Universal Exposition of Paris also took place in 1889, where the Eiffel Tower was inaugurated as its main attraction. 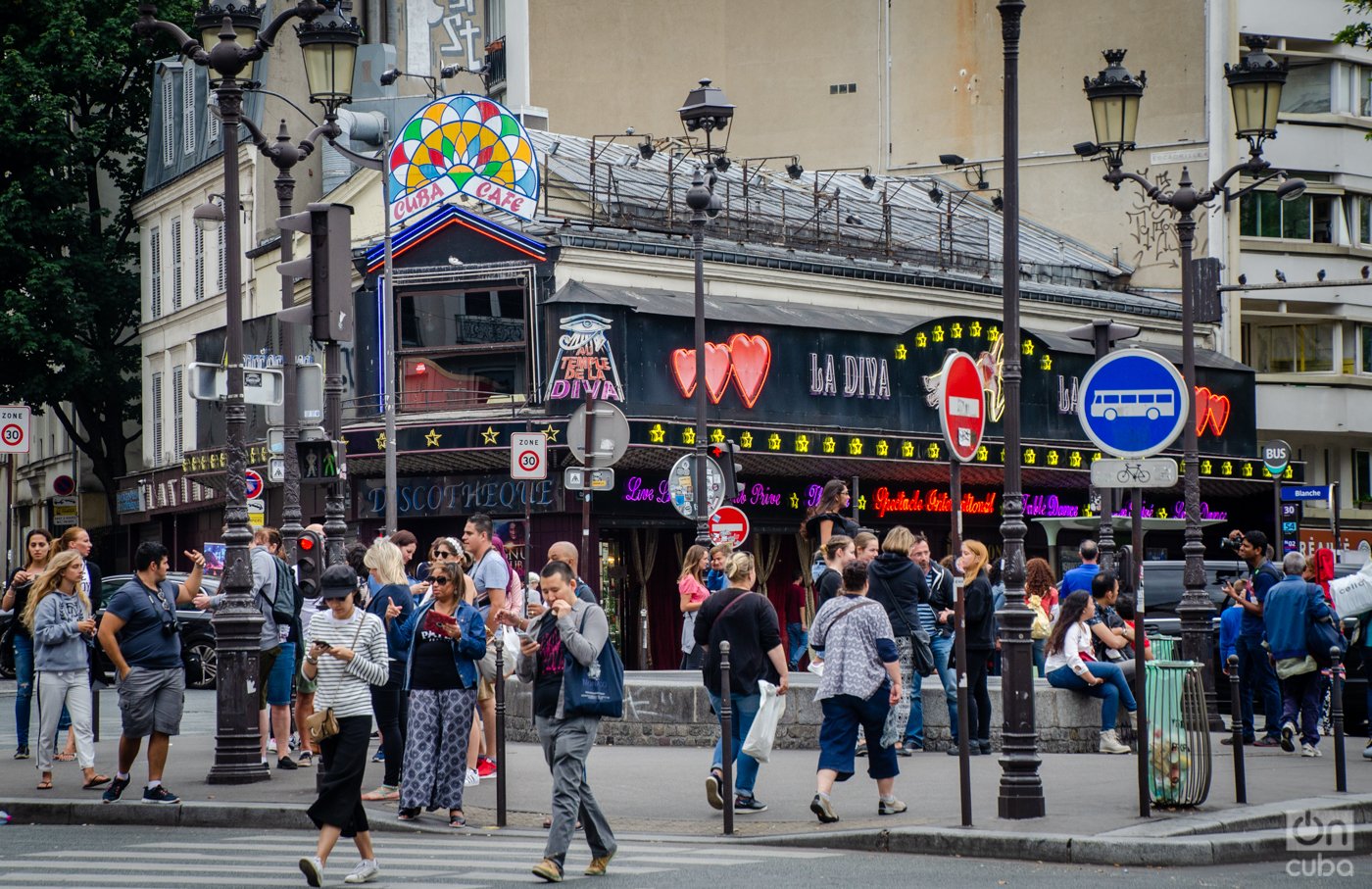 A regular at the Moulin Rouge was Henri Toulouse-Lautrec, the French painter and poster artist who—like few others—recreated the Paris nightlife of the late 19th century in his works. Many of the famous cabaret posters bore his signature.

Legend has it that Toulouse-Lautrec spent a large part of his time in the cabaret, attentive to rehearsals and performances. While he was sipping a brandy, he made sketches inspired by the scenes he witnessed, and which he would later paint in his atelier, installed a few blocks away. Hence his paintings, almost photographic, of dancers, wild kisses or gentlemen in hats and black tailcoats in the middle of a bacchanalia. 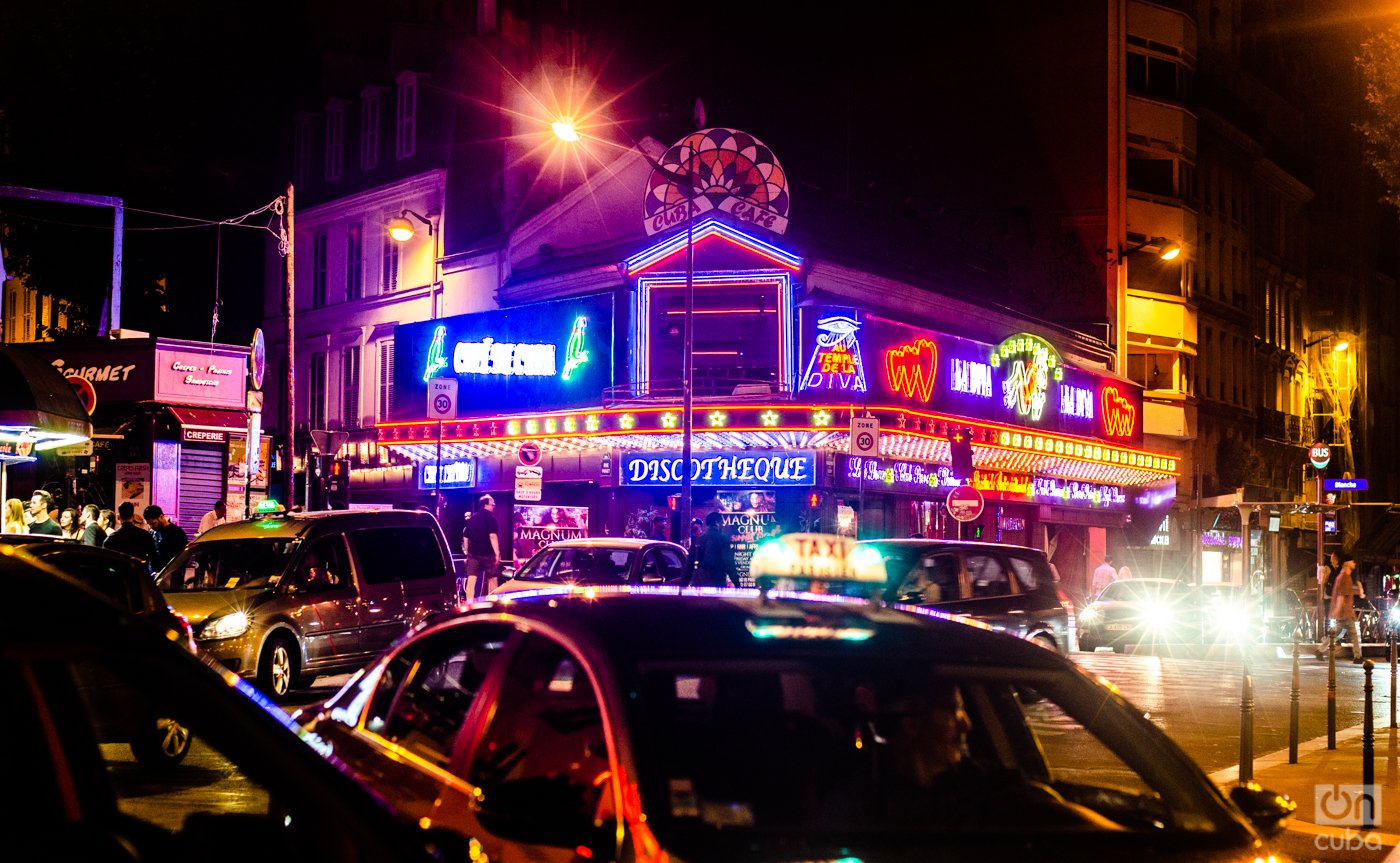 In one of Toulouse-Lautrec’s lesser-known posters announcing one of the seasons at the Moulin Rouge, writer and playwright Oscar Wilde can be discovered among the public. It is not surprising, because the Irish literary genius was another who used to prowl the place.

The author of “The Picture of Dorian Gray” settled in Paris after being accused “of sodomy and gross indecency” and serving a two-year prison sentence with forced labor in London, for his sexual behavior.

Toulouse-Lautrec was present at the trial and drew a portrait of Wilde, which he titled “The Indecent Poet.”

On February 11, 1897, while Oscar was still serving his sentence in the prison of Reading, in England, his play “Salome” was premiered at the Theater de L’Oeuvre, in Paris. Henry Toulouse-Lautrec had designed the program.

After the prison nightmare—from which he never recovered—what better environment for a sensitive human being, cultivator of hedonism and beauty, homosexual and revolutionary like Oscar Wilde, than The City of Love to go into exile? The last years of his life were spent touring the French capital under the pseudonym Sebastian Melmoth. Ruined, ill and alcoholic, he often ended up visiting the clubs in the Pigalle neighborhood.

The 20th century made its entrance and various cabarets, bars and nightclubs flooded Pigalle at that time. Brothels flourished and the area started being known as the red light district of Paris. 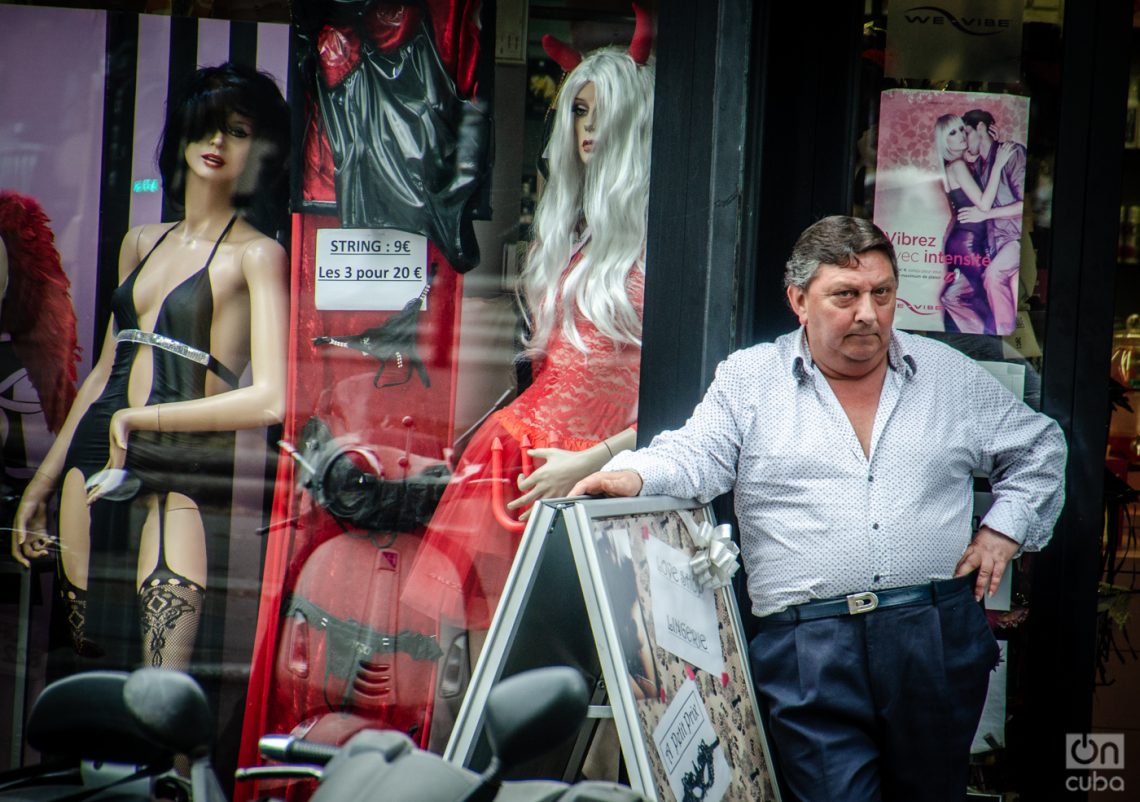 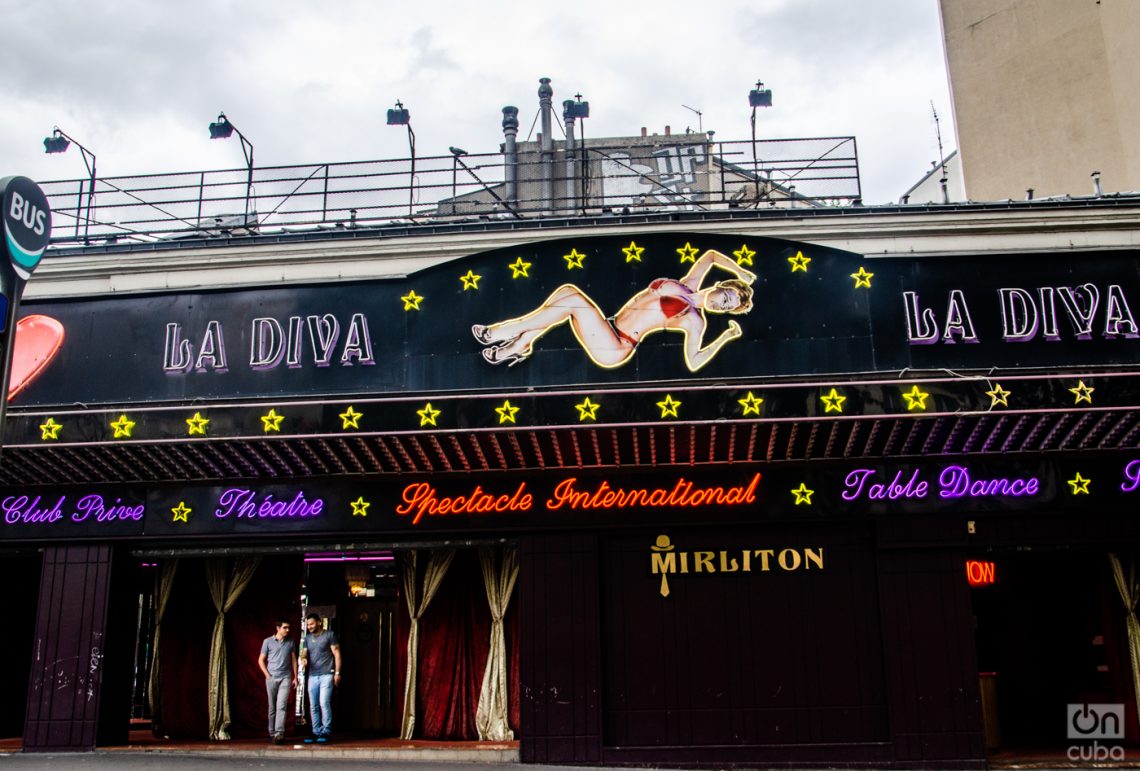 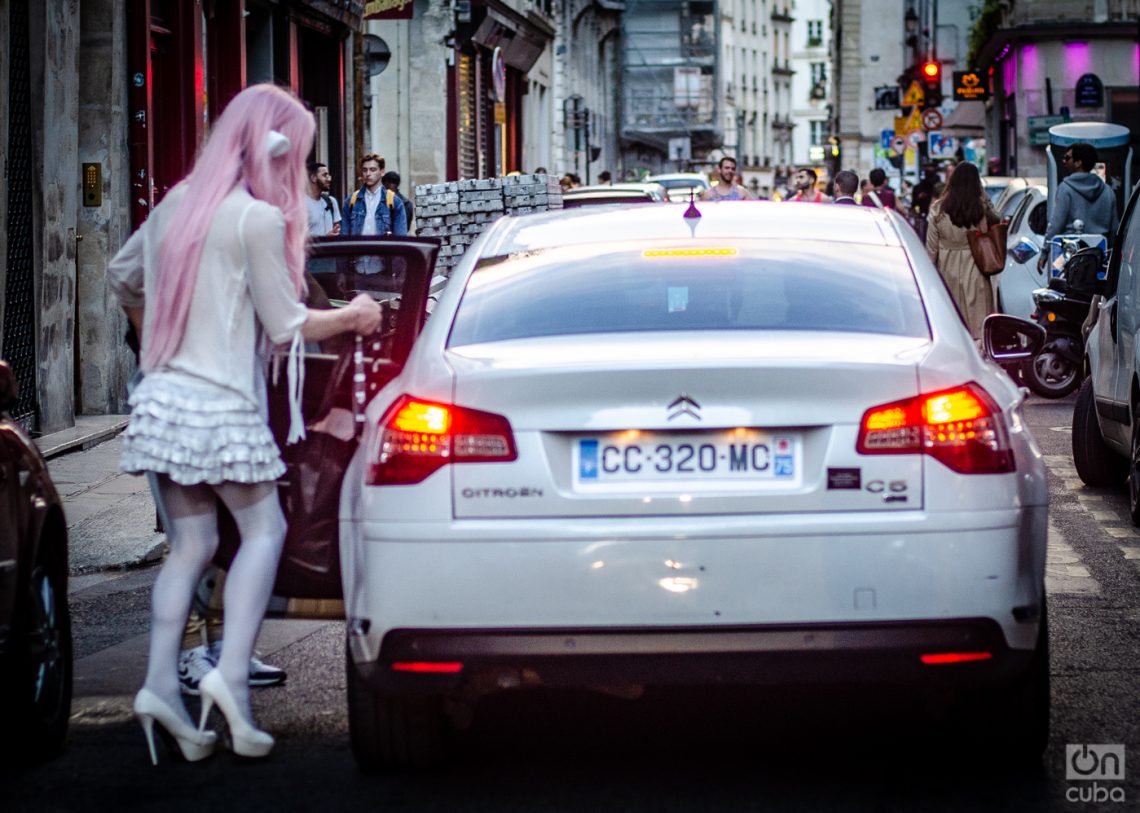 In La Place Pigalle, kilometer zero of the neighborhood, there was no room for sleep. It is a hotbed where various bohemian characters met. One of those artists captivated with her voice. It is Edith Piaf, who would become a French song legend.

“Elle fréquentait la Rue Pigalle” (She used to frequent Pigalle Street), is a song interpreted by Piaf, composed by her lover Raymond Asso in 1939, which tells the love story between a prostitute and a man of rank. Its first stanza also portrays that stage in a certain way:

Pigalle has very little left of red today. From a seemingly forbidden, truculent and libertine neighborhood, it became one of the most touristic in the country. Especially after 2001, after the Hollywood mega-production Moulin Rouge, a musical film directed by Baz Luhrmann and with Nicole Kidman and Ewan McGregor in the leading roles.

However, there are still some neon signs, sex shops, category X movie theaters, street painters and singers, surreal characters and, above all, the Moulin Rouge Cabaret, as a symbolic source of that bohemian legend. 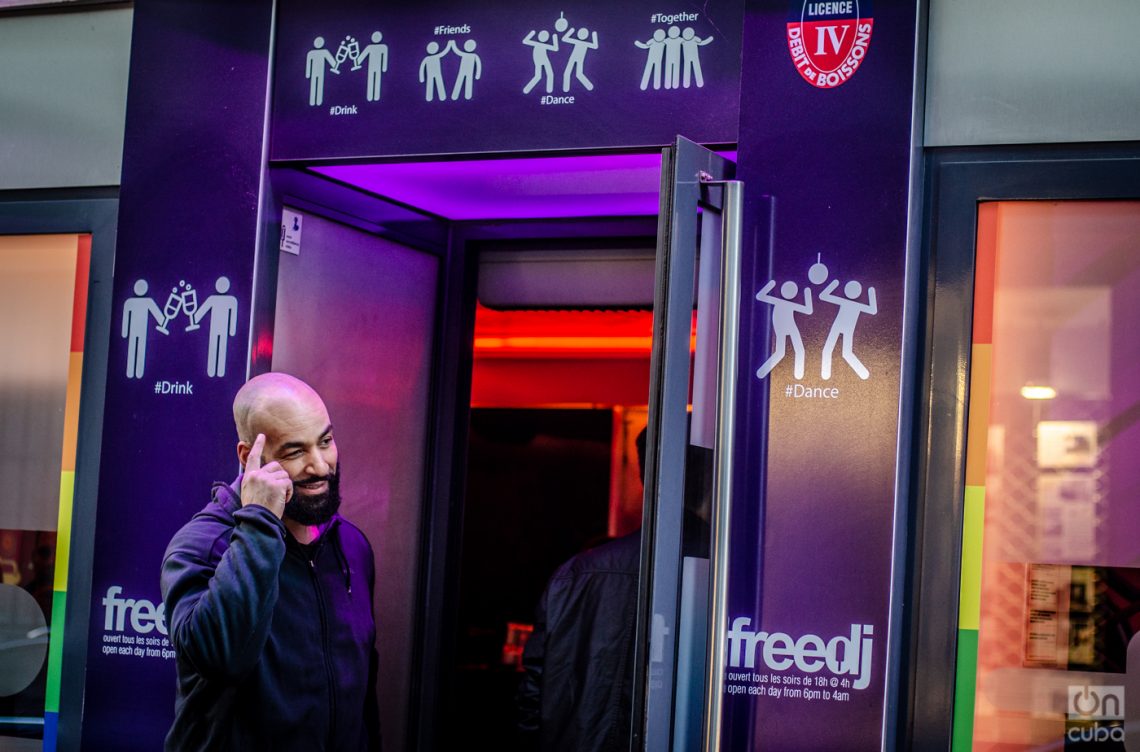 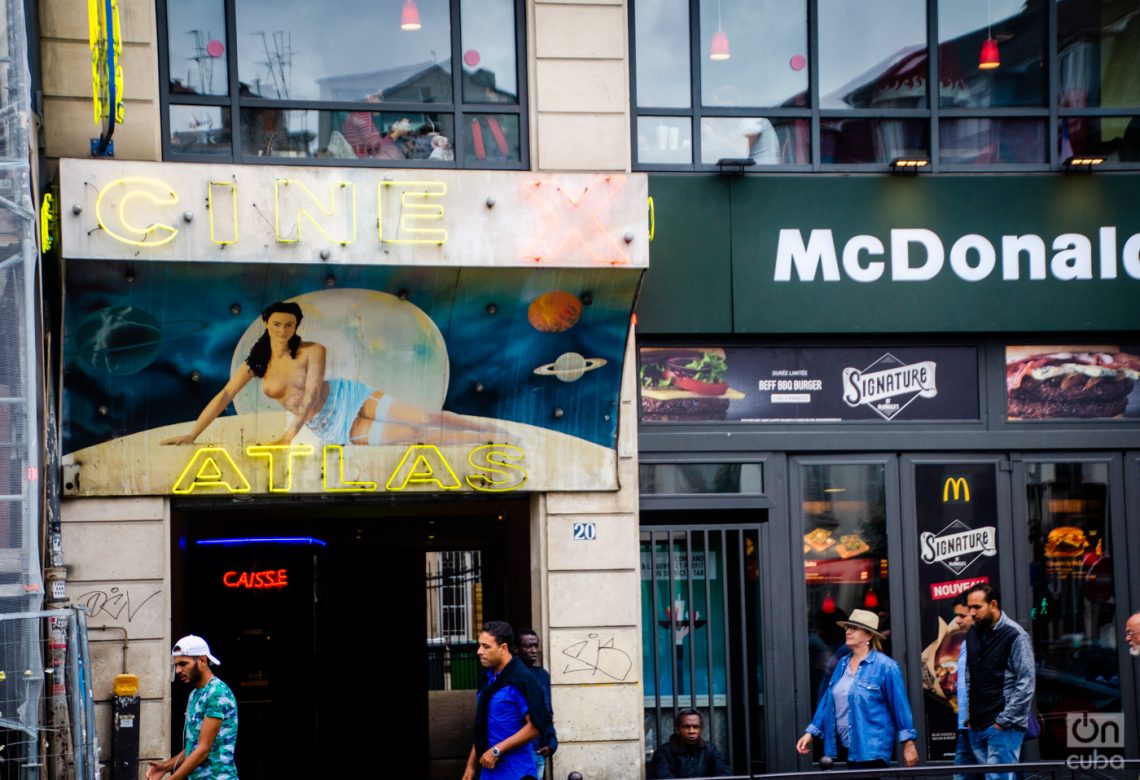 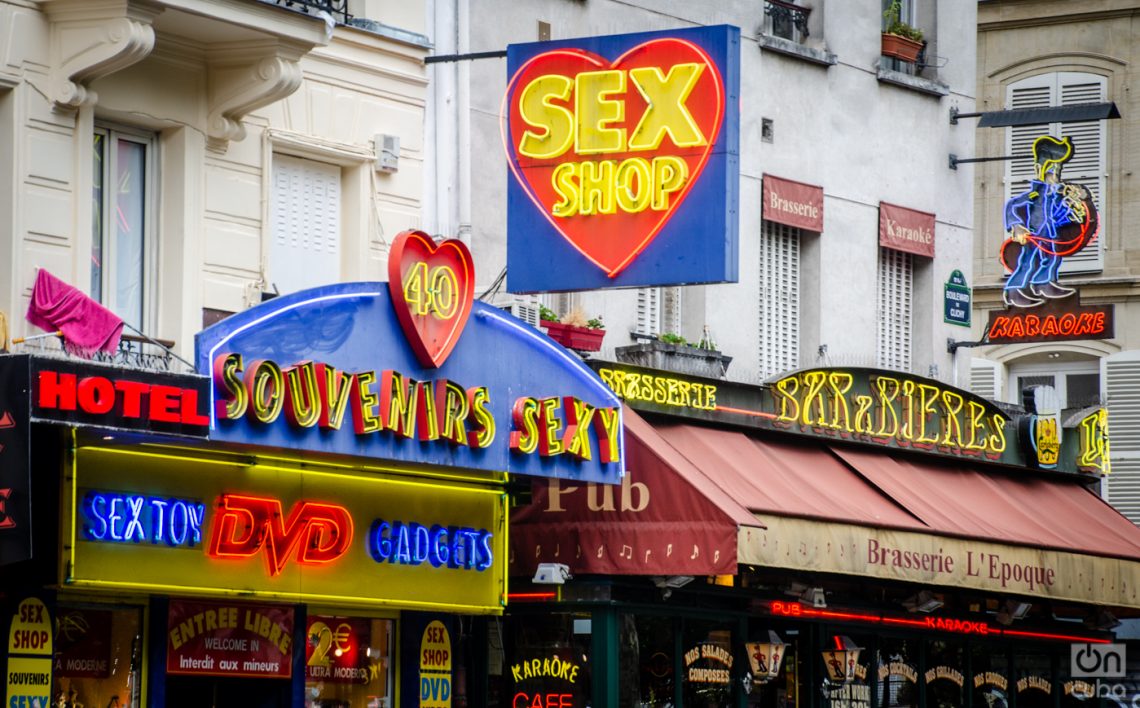 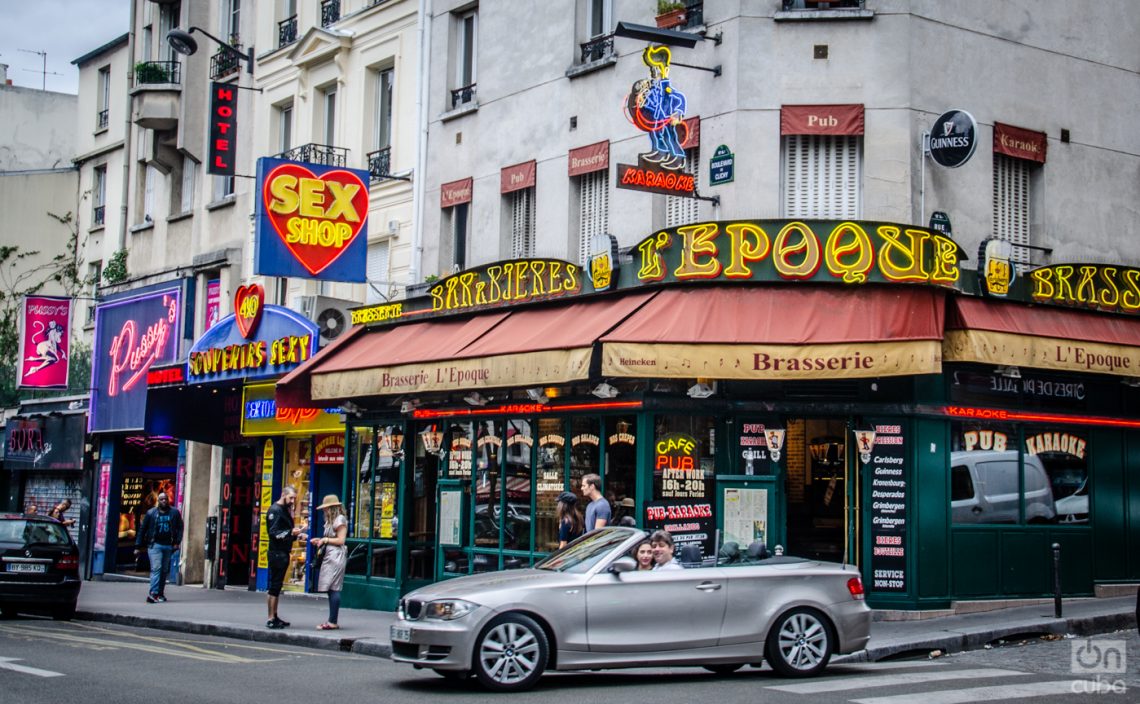