The country’s death toll due to this disease is now 632 and the fatality rate is 0.59%, “lower than the world’s,” stressed the national director of Epidemiology, “but extremely high for our country.” 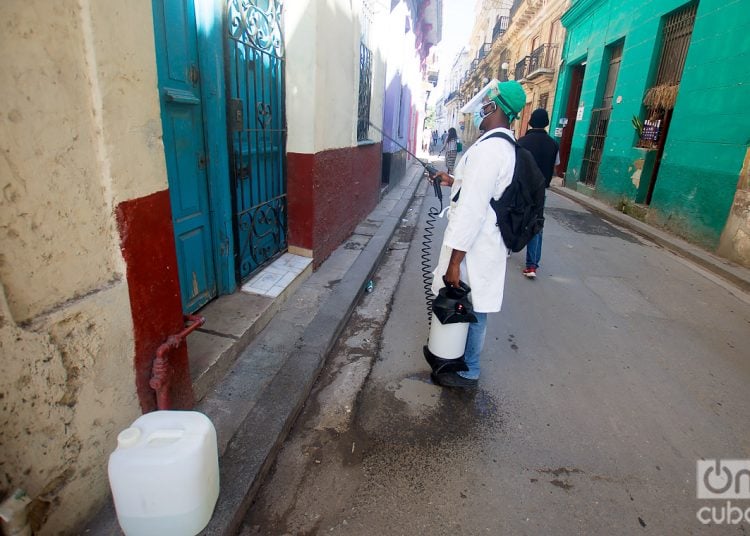 The number of deaths from COVID-19 yesterday reached its highest figure in almost fourteen months: 18, of which 16 were in ICUs in Havana. Although it is already customary to offer these reports, issued daily by the Ministry of Public Health (MINSAP), today it was not easy for Dr. Francisco Durán in his daily appearance on television.

When he had to mention the case of the deceased Dr. Gustavo Sierra, Durán could not withhold himself and broke down in front of the cameras. “He is a man who has done a lot for humanity,” he said, and stressed that all deaths are very regrettable.

In addition to Sierra, creator with Concepción Campa of the Cuban meningococcal vaccine and a resident of Plaza, the deceased, nine women and the same number of men, were aged between 48 and 85, and they resided in the municipalities of Camagüey (Camagüey) , Bejucal (Mayabeque), Plaza de la Revolución, Habana del Este, Diez de Octubre, Regla, Playa, San Miguel del Padrón, Marianao and Boyeros (Havana).

Cuba’s death toll due to this disease is now 632 and the fatality rate is 0.59%, “lower than the world’s,” stressed the national director of Epidemiology, “but extremely high for our country.”

Contagions also experienced an increase this Wednesday, with 161 more cases than those reported the previous day. They were 1,149, of which 1,117 were due to autochthonous transmission, 1,085 were contacts of confirmed cases and in 32 individuals the contagion occurred abroad.

The imported cases are due to Cuban travelers from Russia, Mexico, France, the United States and Bolivia. In addition, three foreigners tested positive, although two of them owe the contagion to autochthonous transmission.

On the contrary, Ciego de Ávila reported four cases and Villa Clara one. The special municipality of Isla de la Juventud did not process any of yesterday’s 22,805 samples taken on the island.

Twelve Cuban municipalities concentrate 44.7% of the transmission and these belong to Havana (10) and Matanzas (two). Havana and Matanzas have the highest incidence rates in the country in the last two weeks.

There were 1,094 discharges, with which there are already 99,630 recovered patients.

Until midnight, 21,370 people were hospitalized and, of them, 73 were in intensive care: 33 in critical condition and 40 in serious condition.

39.3% of the diagnosed were asymptomatic.