At the end of Friday, the study was carried out in 40 vaccination centers, a figure that should increase in the coming days, in the municipalities of the Cuban capital selected for the trial. 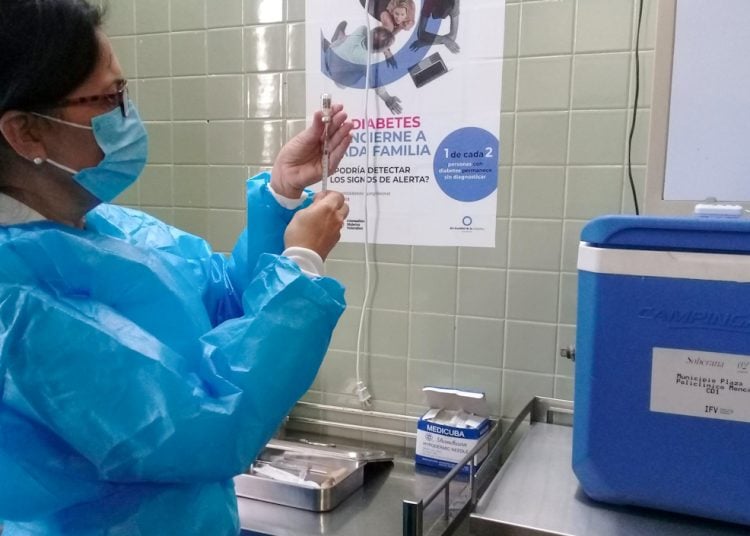 After the first week of the phase III clinical trial of the Soberana 02 vaccine candidate, “only some mild adverse effects and general discomfort are reported,” after vaccinating 4,478 volunteers in Havana, reported this Saturday the Biotechnology and Pharmaceutical Industries of Cuba Business Group (BioCubafarma).

At the end of Friday, the study was carried out in 40 vaccination centers, a figure that should increase in the coming days in the municipalities of the Cuban capital selected for the trial, the state entity said on its Twitter account.

In the first week of “piloting and adjusting” the processes of the third phase with the COVID-19 drug, the established protocol and good clinical practices have been strictly complied with, indicated the information, cited by the Agencia Cubana de Noticias news agency.

Soberana 02 began its clinical trials in October 2020, two months later it advanced to the second phase of the study and, after obtaining and demonstrating good immunogenicity results, it received authorization to begin the definitive stage of the vaccine candidate.

Doses of the drug are currently being administered to volunteers between 19 and 80 years of age, to identify the presence of neutralizing antibodies to the virus that causes COVID-19, according to the source.

Cuba intends to immunize its entire population against the coronavirus this year and its biopharmaceutical industry is developing five vaccine candidates: Soberana 01, Soberana 02, Abdala, Mambisa, and Soberana Plus, the latter recently presented and intended for convalescents from COVID-19 and as booster doses to other vaccines.

This week the island sent 100,000 doses of Soberana 02, the most advanced of these drugs, to Iran to also carry out the third phase of the clinical trial in that country, where the effectiveness of the Cuban formula will be tested, official sources reported this Friday.

BioCubafarma announced on Twitter the sending of the doses “as part of the collaboration with other countries in the development of COVID-19 vaccines.”

“A total of 100,000 doses of Soberana 02 were sent to the Pasteur Institute in Iran, which will be used in clinical trials in that country,” said that business group.