Most of the patients owe the contagion to autochthonous transmission (909), 891 were related to confirmed cases and five were imported by travelers from Spain, the United States and Italy. 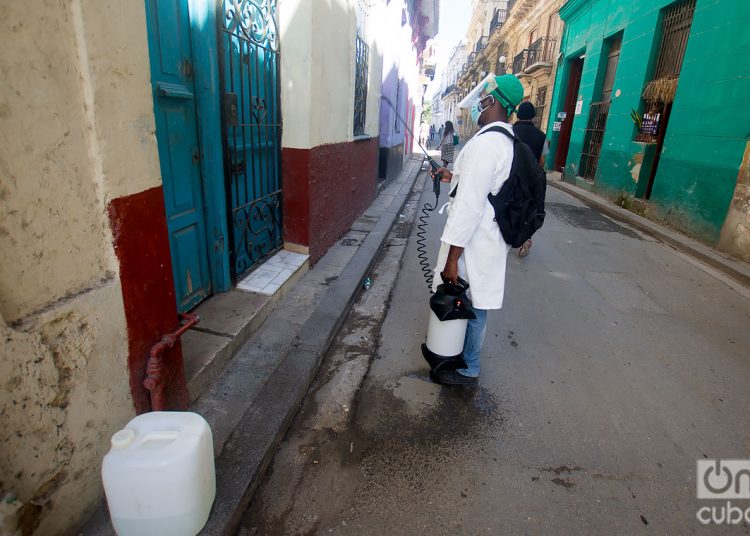 In the last 24 hours there were 914 infections in Cuba from the SARS- CoV-2 virus, according to this Sunday’s Ministry of Public Health (MINSAP) report. The report on the day highlights the 994 discharges, which gives a “positive balance” although it regrets the four deaths.

The four deceased, three men and one woman, were from Havana and Santiago de Cuba. All were contacts of confirmed cases and were between the ages of 47 and 93. With these fatalities, the COVID-19 death toll on the island stands at 370.

Most of the patients owe the contagion to autochthonous transmission (909), 891 were related to confirmed cases and five were imported by travelers from Spain, the United States and Italy.

A foreigner (citizen of Colombia) was also diagnosed after the Cuban laboratories processed 19,310 samples.

Melena del Sur, with an incidence rate of 1,329 per 100,000 inhabitants, is the municipality with the most alarming indicator and the reason why Mayabeque is behind Havana (with nine municipalities) and followed by Pinar del Río (one) among the territories that concentrated 45.2% of the transmission in the last 15 days.

No details have been given regarding the causes for this situation in the territory of Mayabeque.

Havana also reported the highest number of infections yesterday (523 between imported and autochthonous), followed by Granma (82) and Sancti Spíritus (62).

On the contrary, the special municipality of Isla de la Juventud (five cases), Ciego de Ávila (three) and Holguín (three) reported the lowest figures. Cienfuegos did not report cases on the day.

Hospitalizations increased, as of midnight on March 13, by 446 cases and now 25,247 people are under surveillance across the country, although the confirmed active cases totaled 4,291.

High numbers of patients also continue in intensive care, 75 this time: 31 in critical condition and 44 in serious condition.

The new coronavirus pandemic, so far in March, has caused 10,882 infections and 46 deaths in Cuba.

40.5% of the cases were asymptomatic at the time of their diagnosis this Saturday, and there were 994 recovered patients, bringing their number to 56,955.