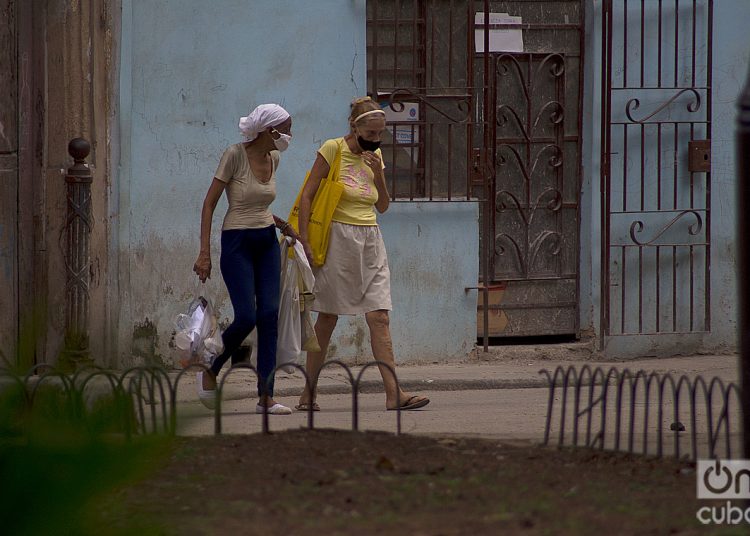 The Cuban Ministry of Public Health (MINSAP) reported today 734 new infections caused this Sunday by the SARS-CoV-2 virus. The figure was confirmed after the processing of 20,878 PCR samples, “the highest volume for a day,” according to Dr. Francisco Durán in his daily appearance.

The majority, 733, owe the disease to autochthonous transmission.

“It is still a very high number,” said the specialist, who also said that of all the infections, 718 were contacts of confirmed cases.

By age group, those under 20 years of age once again show worrying numbers (89; 81 of them in pediatric ages), as well as those over 60 years of age (135), a group on which the national director of Epidemiology of the MINSAP insisted in his information because it is the “riskiest.”

So much so that people in these age groups are mostly in intensive care in the country. This time another record was set in the ICUs, with 87 patients: 35 in critical condition and 52 in serious condition.

There was only one imported case this Sunday and it is a Cuban traveler from Russia. Also, two foreigners were diagnosed with COVID-19, both due to autochthonous transmission.

The provinces with the highest figures were: Havana (393), Granma (95), and Pinar del Río (59). On the contrary, the special municipality of Isla de la Juventud (two), Matanzas (three), and Ciego de Ávila (one) reported fewer patients.

Three deaths were also reported, two women and one man, all three from Havana and between the ages of 79 and 82. All were contacts of confirmed cases.

With them, the pandemic’s death toll on the island stands at 373, 49 so far in March.

As of midnight, 25,127 people were hospitalized and 4,227 were confirmed active cases. There were 734 discharges, for a “positive balance,” in the words of Durán, who recalled that 62,206 patients have already recovered from the disease in Cuba.