Having a first public data on femicide is a victory won thanks to many. It’s also a partial victory. 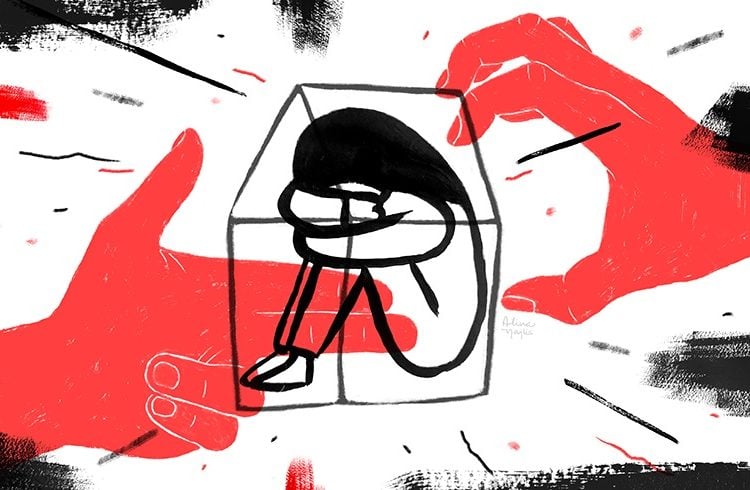 Cuba joins the list of countries speaking about femicides. This was acknowledged by official sources at the end of last April in a national report to the Economic Commission for Latin America and the Caribbean (ECLAC) on how the 2030 Agenda for Sustainable Development is being addressed. Although the report is from 2019, the specific data is from 2016. That year the femicide rate was 0.99 per 100,000 inhabitants of the female population older than 15 years. For a similar period, that rate is low compared to countries such as El Salvador, Honduras, Guatemala, Mexico or Brazil; and high in relation to Peru, Chile or Panama.

According to the National Bureau of Statistics, in 2016 the female population in those ages was 5,052,239. Then, approximately 50 women were killed in crimes officially classified as femicides. About one per week.

A year ago it seemed unlikely to have a number on these crimes. Since 2005, femicide has been a topic of international and regional interest, however in Cuba it was treated as a foreign issue. The same has not happened with the general issue of violence against women, which has been more diligently approached.

The Women and Family Attention Houses of the Federation of Cuban Women have included the issue on their agenda since 1990.

Different institutions, groups, projects and/or citizen efforts, are working or have worked on the question. The list is long: the campaigns Evoluciona, Unite, Eres más, Van de la mano, the Network of Afro-Descendant Women, the Afro-Cuban Group, the Afro-Descendant Neighborhood Network, the Nosotrxs project, the Club del Espendrú, the Obsession duo, the blogs Negra Cubana Tenía que Ser and Asamblea Feminista, the Mirar desde la Sospecha space, the Chair on Women Studies of the University of Havana, the Bertha Cáceres space of the Institute of Philosophy, the SemLac-Cuba platform, and many others. Intellectuals and artists have expressed themselves, in different situations and systematically, against cases of gender-based violence.

In the last two years, the agenda of the unofficial media (in all its spectrum) has multiplied the presence of works on these issues. The official media also show a quantitative increase in their attention regarding this. The views are diverse. It’s not possible to speak of a shared feminist focus, but of a greater interest in the field.

Street sexual harassment is currently one of the first plans. Other gender-based violence receives less attention. The debate on violence in work, political, cultural, educational or academic spaces is more scarce. Nor has the relationship between violence, inequality and economic autonomy of women been studied in depth. The awareness that the so-called domestic violence is not a private matter, but that it requires public intervention, is still in the making.

However, there is no doubt that the panorama has changed in favor of the visibility of the issue, especially in Havana and in some provincial capitals. Less in the municipalities and rural towns, or on the margins of urban life. It’s also clear that in institutional structures there is some degree of listening.

In 2018, the first legal office against gender-based violence was created in Cienfuegos. There has been no news about what has been the course of its work, but the institutionalism is created and we hope that for the good of that province and the country.

In that same year and place the murder of a woman by three men, after raping her, was followed up―for the first and only time so far. The event resounded throughout the country, largely through the social media. The treatment in the local media was worthy, despite the lack of training on these subjects. The unofficial media did the same.

Additionally, in the new Constitution of the Republic of Cuba, gender-based violence is recognized as a problem to be addressed. This state commitment is probably one of the best steps taken in the constitutional text, which in other aspects accumulates mistakes.

Because of all the above, this first data on femicide is a victory won by many. It’s also a partial victory.

The data offered to ECLAC, although valuable, is distorted. To begin with, the problem―femicides―is under-calculated.

Technically speaking, some countries specify “intimate femicides” within the crime of femicide. This includes the murder of women at the hands of their partners, former partners, family members or cohabitants. The Cuban approach, however, is even more specific: only partners or ex-partners.

That definition doesn’t allow talking about femicide if the murderer is a cohabitant other than the partner, for example. Nor would it take into account Leydi Maura Pacheco Mur, the woman murdered in Cienfuegos in a typical act of femicide, after being raped. Neither Tomasa Causse Fabat (Cienfuegos, 2018) or Delia Echeverría Blanc (Santiago de Cuba, 2017), both murdered by their daughters’ ex-partners, also violated. So, the approximately 50 women recognized as victims of femicide in 2016 are only part of the total that can be qualified as such.

In Cuba, femicides are not a criminal-legal category. Therefore, crimes are not recorded or looked at with a magnifying glass. To describe a murder as femicide, it’s not enough for the victim to be a woman, but rather the circumstances of the crime, who carries it out, whether it’s rape or abuse, and so on, have to be analyzed. If criminal procedures don’t recognize femicides, it’s very difficult to record them.

According to the Statistical Health Yearbook, in 2013 the total number of women killed because of attacks was 143. And in 2016, 121. [ii] The conclusion, in proportional terms, is as follows: in 2013, 46% of women’s deaths because of aggressions were femicides carried out by partners and ex-partners. In 2016, these represented 41%.

These calculations, oblique in the absence of clear and systematic information, show a fact: even though the total number of women killed by this specific type of aggression varied each year, the proportion of women murdered by their partners and former partners changed little.

If we make a comparison with global figures, there are new clues. According to a UN report published last November, in 2017 34.48% of the homicides involving women worldwide were murdered by their partners or former partners. The Cuban ratio exceeds the global one. The political conclusion is that, in Cuba and in relation to its own standards, the home and intimate relationships are a place of greater danger with respect to the world trend; and they are a place of almost equal danger to that of the national public space.

Although Cuban rates are lower than global and Latin American rates (in Latin America the rate of women murdered by their partners or former partners was 1.6 in 2017), the proportion with respect to total deaths is higher. That fact should be a central sign for public policies and citizens’ efforts in the fight against violence.

At the same time, part of the femicides are committed as part of long chains of abuse and violence. According to an IPS interview with Ivon Ernard, a psychiatrist who coordinates the Counseling for Women in Situations of Violence, the women who come to see her have been violated between five and fifteen years before. Many of them, or those who have ended up dead, have reported their aggressors, and have received minimal institutional actions as a response.

He did what he did to her and she got the way she did, so she had to respond as she responded, and everything ended as it ended, because he couldn’t stay as he stayed, nor could she stop saying what she said, and that’s why when the police came, what happened happened, and the neighbors hid as they hid, while she screamed as she screamed and the children ran as they ran and the government pretended to do as if it did, but everyone knew that nothing would happen, and that again he would do what he would do and she would stay as she was going to stay, because it’s been the same as it has always been.

In Cuba murders don’t go unpunished and in general criminal proceedings are guaranteed in those cases. However, judging once death happens is not the only necessary response, nor is it the most efficient. Ensuring that women and girls have sufficient guarantees for their safety in the community, the home, work spaces, in the street or while relaxing is the true and most honest gesture against impunity.

Now that official sources in Cuba recognize that femicides exist, we are a step forward to analyze the problem, to dig into its causes, to think of better solutions. We have against us the belief that “between husband and wife nobody should get involved,” the institutional routines that are blind or short-sighted to cases of sexist violence, and the lack of statistics and analysis. We have in our favor the work of many people, the growing awareness on the subject and now we also have a first data.