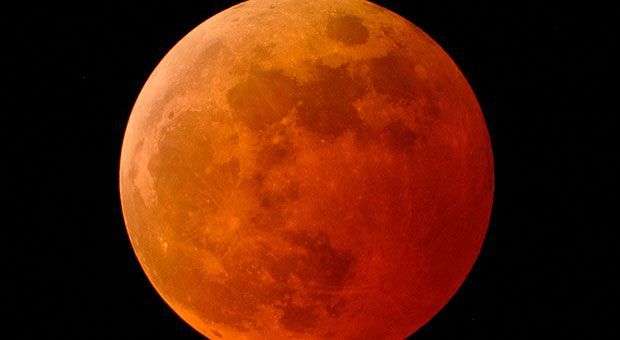 In the early hours of Tuesday from across America people will observe a lunar eclipse that will be the first of a tetrad red moons that will be repeated every six months within year and a half, a phenomenon that will only happen seven times in this century, NASA reported.

According to the U.S. space agency, depending on the climatic conditions of each place, in America people will appreciate a show in the sky to see how the moon changes from a bright orange to a deep red, dark brown and perhaps even to gray.

Total eclipses of the moon occur when there is an almost perfect alignment between the Sun, Earth and Moon, projecting its shadow on the Earth when the satellite is under full moon, a rare phenomenon that occurred, the last of them, on December 10, 2011.
However, the moon does not disappear from view, but turns red because the Earth’s atmosphere filters the sunlight and let only the red light, which is projected onto the moon.

In this case, in addition to North and South America, the eclipse will also be seen better from Australia and the Pacific, NASA said in a statement, which from 0700 GMT and for three hours it will broadcast the phenomenon the next morning on their website .

(With information taken from EFE )