Patricia: a pain before the mirror

Reinaldo
in Gender in Cuba
0 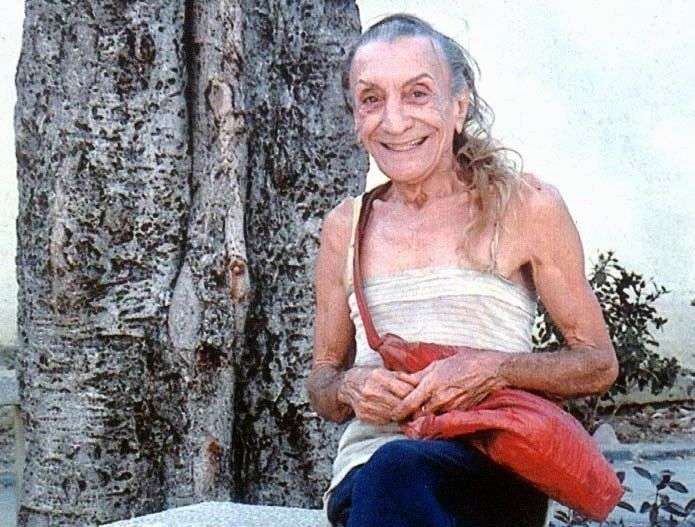 He tied his ponytail with the first ribbon he saw and in a flash, retraced the streets of Santiago de Cuba.

He stopped to pass through Enramadas Street, full of stained glasses, to stare at the brightness of the mannequins, while other eyes observe his sandals and his bag. He greeted the saleswomen like old friends, and moved his hair, as if also shaking the curses he had to face.

It is said he wanted to look like La Doña -María Félix, of course- and wore makeup to look resemblance to those big eyes devouring the screen. He collected her pictures from magazines and pasted them in an album he always carry with him.

He was already an old man when I became aware of his existence. Nobody run behind him already. Nobody yelled faggot or queer at him. They called him Patricia… a name that reached the status of synonym.

He had beaten homophobic people when that word did not appear in dictionaries, when derision toward homosexuals was part of the national folklore. He n ever flinched: he had made ​​his own planet and lived in it naturally.

It was another matter that some people to knock at his door. A pact of silence was agreed at late night. “To hold such a condition publicly” was a social disgrace. Hypocrisy was awarded, and besides, few had Patricia’s courage.

One afternoon I approached him. He showed me his identity card in Céspedes Park, in the heart of the city. His officially name was José Daniel Granados Roibal, but even he seemed to have forgotten it. He was a little older than eighty at that time.

I pressed the camera shutter. He showed a frozen artist smile while wearing a very old strap blouse. When I show that picture, people wonder if that’s my grandmother. Patricia would have liked: Finally! the years had given him more than wrinkles, had revealed the woman.

“I’ve never been in Havana,” he told me. Then he talked about a farm, work, UMAP. I did not believe him: “I do not lie, I respect”, he said while slightly raising the tone. From his bag, he pulled out a grimy newsletter filled with harangues, and a photograph. He seemed a ballerina embedded in a military uniform.

Patricia washed clothes for living, worked in an agricultural farm, cleaned anything- God knows what else -; many times for what they wanted to give him. He lived in a slum, the drink was winning the battle to his mind … but he never spoke of that with me.

Time after that meeting, almost by chance, I heard that Patricia had died. I remember a photograph of him with a fancy dress: the lean back, a spark of question and another of wonder; a vase of flowers duplicated in a mirror.

Hopefully when other Patricias question themselves before the mirror, we may have a fair answer to offer them.

Map of the Sounds of the Americas