During the investigation conducted by the Department for the Fight Against Organized Crime and the Interpol, 34 people of Cuban nationality implicated in the events were discovered, and 18 visas and 34 passports were seized. 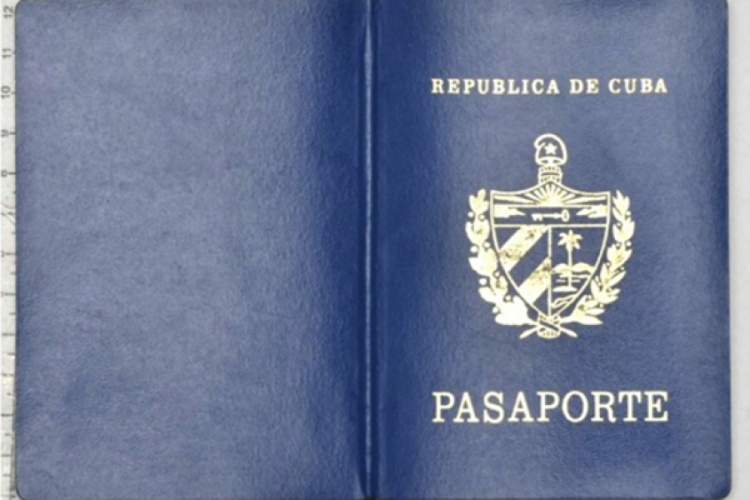 Cuban passport analyzed as part of the investigation on migrant smuggling. Photo: Ministry of the Interior of Uruguay via radiomontecarlo.com.uy

Uruguayan authorities detained 12 Cubans for participating in the smuggling of migrants from the island. They were part of an international organization whose operations originated in Havana.

According to the Ministry of the Interior of the South American country, the detainees were sentenced “for the crime of using a false public certificate” to 6 months in prison, time to be served under the probation regime, Radio Monte Carlo reported.

During the investigation conducted by the Department for the Fight Against Organized Crime and Interpol, 34 people of Cuban nationality implicated in the events (21 men and 13 women, between 35 and 45 years old) were discovered, and 18 visas and 34 passports were seized.

According to the source, the trafficking operations began in the Cuban capital, where alleged members of the organization seduced their compatriots with the possibility of traveling to Uruguay, either to settle in that country or to reach the United States.

The route included a stopover in Guyana, which does not require a visa for Cuban citizens, and where migrants were transferred to a safe house where they were divided into groups according to their destination and the agreed price.

The travelers had to make a journey through several Brazilian cities until entering Uruguay, where some remained as refugees and others were put in contact with criminal networks that charge between 6,000 and 7,000 dollars to continue the trip.

The authorities determined that this money was usually paid by the Cubans’ own relatives from the United States.

According to the report, Uruguayan police officers carried out a raid on a house in Montevideo, where they found evidence of money transfers to Ecuador, Honduras, Mexico and Peru.

As part of the organization’s modus operandi, the original Cuban passports were sent by private mail from Uruguay to Mexico or Peru to make the false documents.

At the beginning of June, a police operation in Uruguay freed two Cuban migrants and two other Venezuelans who remained locked in a room in “inhuman” conditions, victims of fraud by an alleged NGO.

The authorities detained two people who pretended to belong to an immigrant assistance organization to deceive foreigners who had just arrived in Uruguayan territory, Sputnik reported.

The agents acted after receiving a complaint that alerted about the confinement of the four victims: a 38-year-old Cuban man, a 22-year-old Cuban woman, a 31-year-old Venezuelan woman and her two-year-old daughter, also Venezuelan, according to Sputnik, which cites the Brazilian media A Plateia and the Uruguayan Montevideo Portal.