The statement of the ANPP’s International Relations Commission maintains that the MEPs who have promoted the debate, scheduled for September 16, “respond to Washington’s agenda.” 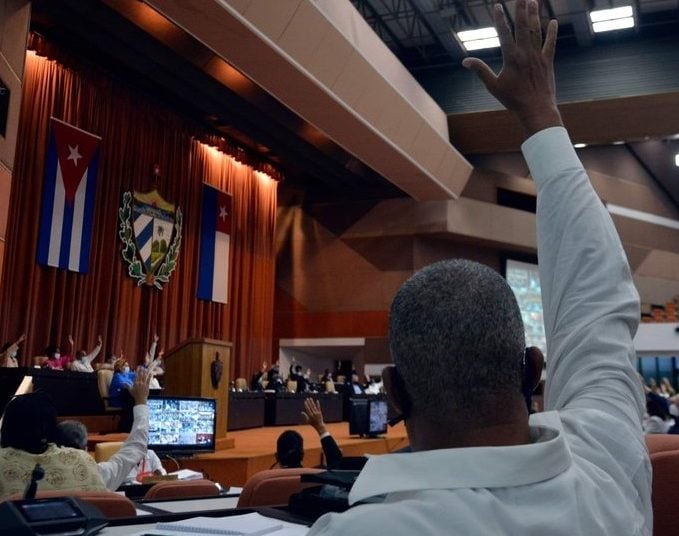 Parliamentarians in ordinary session of the National Assembly of People’s Power, on October 28, 2020. Photo: @anamarianpp/Twitter.

The Cuban National Assembly of People’s Power (ANPP) described this Monday as a “politicized exercise” the upcoming debate in the European Parliament (EP) on human rights on the island and accused its promoters of responding to U.S. interests.

The statement of the ANPP’s International Relations Commission maintains that the MEPs who have promoted the debate, scheduled for September 16, “respond to Washington’s agenda.”

“We have closely followed the most recent events in the European Parliament and we note with indignation that the same small group of MEPs who respond to Washington’s agenda has managed to impose a new debate on Cuba this September 16, dragging behind them the political groups of which they are members, which once again turns this legislative body into a sad hostage of an aggressive escalation, alien to genuinely European interests and contrary to the spirit of respectful dialogue that has prevailed in relations between Cuba and the European Union”, states the text published in the ANPP’s official Facebook account.

“The promoters of this new maneuver do not have the moral authority to pretend to be defenders of the rights of the Cuban people,” affirms the text, which also highlighted the work of the Parliamentary Group of Friendship with the island in that forum.

Furthermore, it considers that “the recidivism of this group of legislators, whose performance on these issues is characterized by double standards and the intensive use of lies, should be a matter of concern for citizens and the very institutions of the European Union (EU).”

The Cuban parliamentarians denounced that the proposal once again turns the European Parliament into “a sad hostage of an aggressive escalation, alien to genuinely European interests and contrary to the spirit of respectful dialogue that has prevailed in relations between Cuba and the European Union.”

Last June, the EP approved a resolution — promoted by the conservative group of the European People’s Party together with the liberals and far-right MEPs — in which they pointed out that Cuba “has not made concrete progress” in the area of ​​human rights.

It also condemned human rights violations in Cuba such as “persistent and permanent political persecution, acts of harassment and arbitrary detentions of dissidents,” and called for the release of political prisoners on the island.

The Cuban National Assembly then rejected that resolution, calling it “spurious and interfering” and assured that its promoters “have a demonstrated link with organizations based in Miami financed by the U.S. government.”