"Cubans are not given any special consideration and will be prosecuted, ordered, removed and returned to Cuba," said a federal official.

EFE
in Migrations in Cuba
0 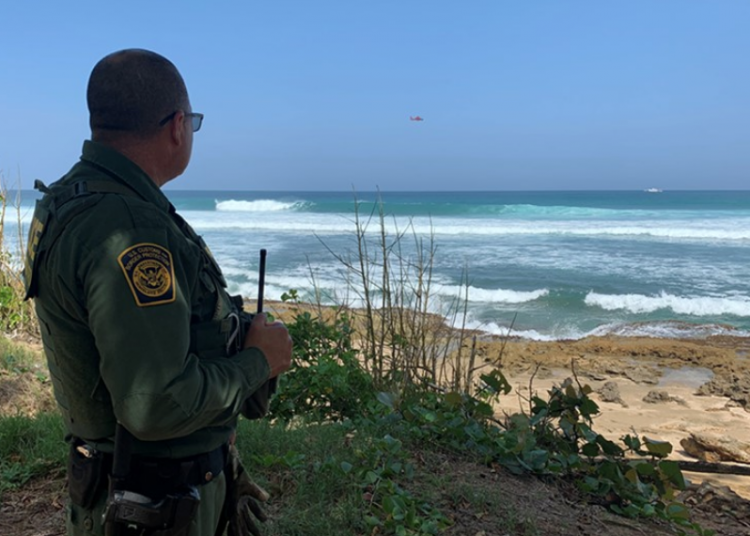 Agents of the United States Border Patrol station, together with the Aguada Municipal Police, detained 11 Cuban citizens who arrived in that municipality on the northwest coast of Puerto Rico.

“As with all foreigners we capture, we will process them according to the immigration law and identify any person in the group who may have a prior criminal record that qualifies them for prosecution,” the chief of the Ramey sector Border Patrol, Xavier Morales, said last Friday in a statement.

“We want to reiterate that Cubans are not given any special consideration and that they will be prosecuted, ordered, removed and returned to Cuba,” the federal official said about the arrests, which took place this Thursday.

The statement details that on the afternoon of June 6, the agents of the Ramey Border Patrol, together with the Aguada Municipal Police, located a group of foreigners, seven men and four women, who claimed to be of Cuban nationality.

During the operation, no boats were found on the coast of the municipality of Aguada.

All foreigners were transported to the Ramey station for their immigration processing and deportation.

The statement recalls that on January 12, 2017, the U.S. administration announced the immediate end of the wet foot/dry foot policy.

This policy consisted in allowing the entry of immigrants from Cuba only if they stepped on the U.S. coast, although during the Barack Obama administration it was ended in January 2017.

For fiscal year 2017, Ramey Border Patrol agents detained 184 Cubans and in 2018 detained four, while so far in 2019 only one Cuban had been arrested.

The Ramey sector is the newest of the 21 sectors distributed in the United States, covering Puerto Rico and the Virgin Islands.

Ramey is the only sector of the Border Patrol located outside the continental United States.