According to Cuban authorities, the island’s Foreign Investment Law "does not establish any limitation regarding the origin of the capital," although "it is clear that the investor has the domicile and capital outside Cuba." 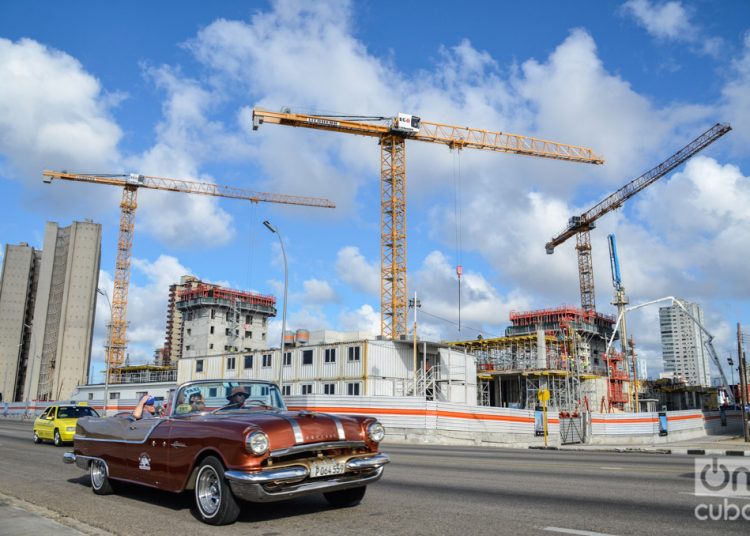 Authorities of the Cuban Ministry of Foreign Trade and Investment (MINCEX) affirmed that Cubans who permanently reside outside the island can invest in their native country, an aspect so far “little disclosed,” according to the official Cubadebate website.

Déborah Rivas, general director of MINCEX’s Foreign Investment, confirmed to the digital media that Law 118, approved by the National Assembly five years ago, “does not establish any limitation regarding the origin of the capital,” as Rodrigo Malmierca wrote a few days ago on his Twitter account.

In his tweet dated May 31, published shortly after a government meeting in which President Miguel Díaz-Canel called for “continuing to strengthen” foreign investment in “all key sectors of the Cuban economy,” Malmierca affirmed that “citizens of Cuban origin are not limited from investing in Cuba.”

In this regard, Rivas told Cubadebate that the foreign investment law “does not indicate anywhere the citizenship or origin,” although she specified that “it is clear that the investor has the domicile and capital outside Cuba.”

In this sense, Cubans who permanently reside abroad have to avail themselves of this legislation because “their capital and businesses are located outside the country and the entry of those resources they will contribute to the business is an investment flow that does not have its origin here,” the official said.

In addition, she clarified that in order to present a project to MINCEX, the investor must do so through the Cuban sponsoring institutions in correspondence “with the sector policies of public interest” established in the Business Opportunities Portfolio, and that its approval will depend on a “comprehensive analysis of the proposed project” by the island’s authorities.

Rivas insisted that “there is no distinction in the treatment of foreign investors who are Cubans living abroad,” that their attention, “as for the rest of the investors,” “will respond to the project they intend to carry out” and that they enjoy the same guarantees of not losing their investment, including those offered by the Cuban legislation before the Helms-Burton Act.

She confirmed that since the approval of the law in 2014 there have been “several proposals” of this type, some of which “have not prospered because they are oriented to activities that are not included in the sector policies defined for foreign capital,” while “there are some in the process of negotiation and in preparation to be presented for approval.”

Rivas also stated that MINCEX does not establish “any limitations” on investments of Cubans residing in the United States and blamed the U.S. government for obstructing them through the embargo/blockade regulations.

In addition, she clarified that the investments made by Cubans living in Cuba with the capital accumulated on the island or abroad on temporary exits “are regulated by the regulations that the country has approved for these individuals and entities ―they also include cooperatives― and in no case by the Foreign Investment Law.”

Finally, she commented that MINCEX is “currently working” in the preparation of a Single Window for Foreign Investment “with the aim of providing information and advice to national and foreign investors, promoting business opportunities, facilitating the constitution of modalities of foreign investment, carrying out their investment processes and the processing of permits, licenses and authorizations; as well as their follow-up.”