The general director of Consular Affairs and Cuban Residents Abroad, Ernesto Soberón, explained in his Twitter account that these people “migrate irregularly to the United States, facing the high risks of irregular transit.” 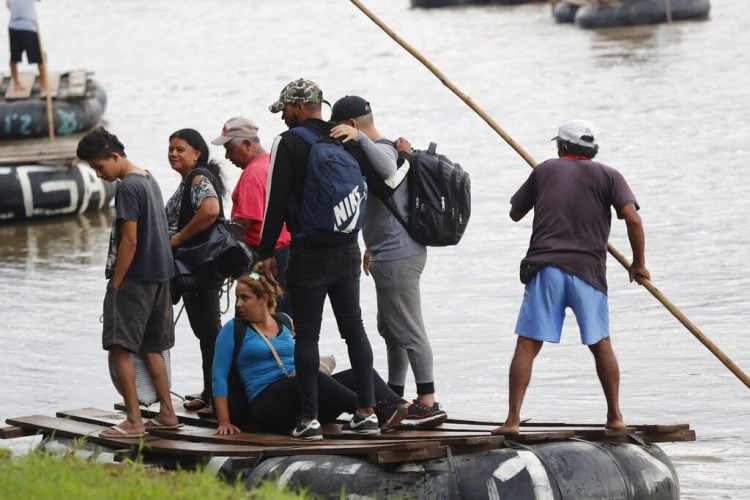 Cuban migrants disembark on the Mexican side of the Suchiate River on the border with Guatemala, after crossing on a raft near Ciudad Hidalgo, Mexico, on Tuesday, June 11, 2019. Photo: AP/Marco Ugarte/Archive.

Mexico returned 89 Cuban migrants to the island this Wednesday, in compliance with the Memorandum of Understanding signed between the two countries, sources from the Cuban Foreign Ministry reported.

The general director of Consular Affairs and Cuban Residents Abroad, Ernesto Soberón, explained in his Twitter account that these people “migrate irregularly to the United States, facing the high risks of irregular transit,” as quoted by Cubadebate.

The foreign official blamed this on the measures adopted by the U.S. authorities to hinder a regular, orderly and safe flow of travelers in both directions.

According to Soberón, the closure of the U.S. consular services in Havana and “the arbitrary interruption of the granting of visas to Cubans” forces them to travel to third countries without guarantee of being given a visa.

The 14th Meeting of the Working Group on Migratory and Consular Issues between Cuba and Mexico was held virtually last week.

According to the source, the delegations analyzed the behavior of the migratory flow between the two countries and “the illicit activities associated with it.”

The U.S. Border Patrol detains every day an average of 5,000 migrants who cross the border irregularly from Mexico every day, a Customs and Border Protection (CBP) official said this Friday.

In a teleconference with journalists, the CBP official indicated that of those 5,000 daily arrests, more than 500 correspond to undocumented minors who cross the border without the company of a parent or legal guardian.

About 51% of the illegal migrants this year come from Honduras, Guatemala and El Salvador, and numerous other groups come from Ecuador, Brazil and Cuba.