Analysis of the Cuban Emeritus Professor of Economy on the recent measure. 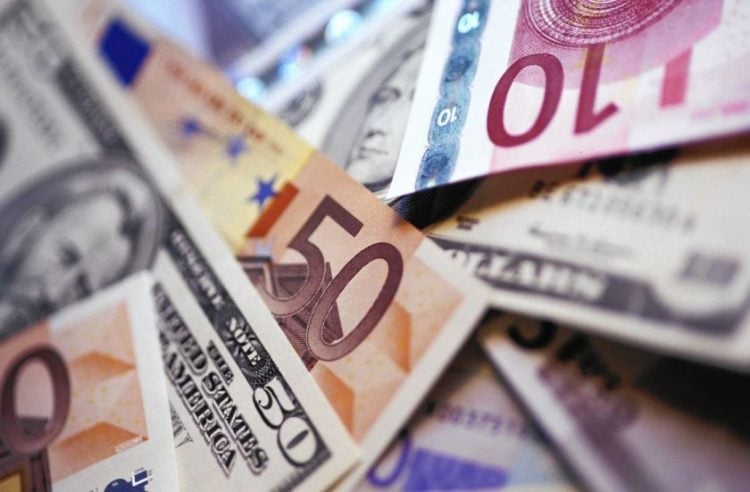 The measure and its causes

On June 10, the Central Bank of Cuba (BCC) “temporarily” suspended, as of June 21, deposits in USD in Cuban banks, maintaining the possibility of making deposits in other freely convertible currencies such as euros, British pounds, Canadian dollars, etc. The official explanation for the measure is the multimillion-dollar sanctions or fines imposed by the U.S. government on international banks with which Cuba tries to make transactions, compounded by more than 240 sanctions imposed under Trump and which continue today. “Since 2005, a total of 35 foreign banks closed their operations with Cuba…24 of them as of the Trump administration, and 12 of them were penalized…just in 2020 there are more than 190 actions by about 95 foreign banks against Cuban banks.” This is why, it is alleged, it is increasingly difficult for Cuba to deposit USD in these banks or to carry out transactions, so that the dollars are virtually useless.

The electronic deposit of dollars from abroad to swift cards to purchase in stores in freely convertible currency is not prohibited. Remittances in dollars can also be sent to accounts already open in that currency through three Cuban banks: Metropolitano, Popular de Ahorro, and Crédito y Comercio. People who have already deposited dollars in banks will be able to transfer them to cards to buy in foreign currency stores. They could also be used for the purchase of homes, but the buying and selling were suspended precisely on June 11, it is said that temporarily due to the increase in new cases of COVID-19. In all cases (bank deposits in dollars, cards, etc.) dollars cannot be withdrawn because it is alleged that there is not enough liquidity, but they can be withdrawn in CUP (whose value has substantially deteriorated, see later). The euros and other freely convertible currencies that are deposited in Cuban banks cannot be extracted either, except in CUP.

Is there a surplus or a deficit of USD in Cuba?

Cubans who need to buy food, medicine and other essential goods should have already deposited their dollars, otherwise, they will not be able to buy them. The result of this is that the government will receive a barrage of dollars that will give it a temporary respite from its external obligations. Central Bank officials have denied that this is true, suggesting that there is a surplus of dollars in Cuba. However, this is contradicted by previous regulations and official statements: those with bank accounts in dollars cannot withdraw them and receive CUP due to lack of liquidity; exchange houses (CADECA) do not sell dollars for CUP, for the same reason; in May the exchange of dollars in airports was suspended due to their shortage; Cuba did not make the second payment in dollars to the Paris Club in 2019 because it lacked that currency; the inventory in the stores that sell in freely convertible currency (with profits of more than 200% on the original price) has decreased considerably due to the reduction in imports of these merchandises due to lack of dollars, contrary to the illusory surplus.1

On the contrary, the explanation that Cuba needs dollars is supported because the measure will generate the flood of dollars that must have been deposited in the banks before the deadline, and the sending of dollars to the swift cards or to the three Cuban banks is maintained, which — if the official rationing is followed — would increase the surplus that is said to exist. In addition, in June 2020, due to the drop in tourism and the corresponding income for the pandemic, the government abolished the 10% tax on the dollar as an incentive to increase remittances. A week ago, the Paris Club, in negotiations with Deputy Prime Minister Ricardo Cabrisas, extended the payment of the Cuban debt, based on the arguments that Cuba suffered unprecedented hardships due to the U.S. embargo or “blockade” reinforced by Trump, COVID-19 and its impact on tourism, and 524 hurricanes since 2000. Neither Cabrisas nor the Club have disclosed the details of the agreement, but we know that the debt was not canceled as requested by Cuba and it is likely that the extension will not be very long — since Havana would have announced it as a triumph — and that it is only a few months away. If this is true, the Cuban government will need dollars to pay this debt because the Club will not accept another postponement and the default would further aggravate the economic crisis that Cuba is suffering, the worst since 1993.1 In addition, billions of dollars are owed to foreign creditors for essential supplies, there is very little external credit, and it is essential to pay that debt or these supplies will be stopped altogether.

Impact on the value of the dollar and the euro

The logical thing is that, for several reasons, the value of the dollar declines rapidly: people want to get rid of the dollars and exchange them for euros to ensure their purchase value in the future, hence, as the flow of dollars grows on the black market and decreasing its demand decreases, its value is reduced. Due to government restrictions, there is little that can be done with the dollar, except traveling abroad to buy merchandise with dollars, entering it and reselling it in order to make a profit, but the merchandise can be confiscated at the airport and very few travel due to the pandemic. On the contrary, the euro should become more expensive due to the expansion of its demand and the scarce existing supply both in the government coffers and in the black market. There is a little internal circulation of this currency due to the virtual disappearance of European tourists for more than one year — the few who go buy packages in their countries of origin, use credit cards in Cuba and spend very little euros. Euros are also scarce because Cuba imports much more than it exports to Europe and because, until now, few remittances are received in euros.

Not all economists agree with the above reasoning, for example, Pedro Monreal has predicted that dollars will not evaporate. Julio Carranza predicts that there will be buyers of dollars who want to take advantage of their low value in order to smuggle them out of the country and sell them abroad at a copious profit or to treasure them for the future as a guarantee against the devaluation of the CUP. Pavel Vidal believes that there will be fewer dollars in the informal market to sell as many people will deposit them in banks. On June 3 and September 28, 2020, the Trump administration “blacklisted” Cuban agencies run by the military that received remittances from the United States, Fincimex and American International Services, respectively; on November 27, it prohibited Western Union from sending remittances to these two Cuban agencies, and on January 1, 2021, it added the Cuban Banco Financiero Internacional to the list. Despite the fact that the Cuban government created a civilian agency six months ago, Red S.A., which can legally receive remittances, it did not take advantage of this channel to receive them and issued the aforementioned measure. In addition, the “mules” that carried cash have also decreased due to the travel restrictions imposed by COVID-19: U.S. flights to Cuba have been reduced to two or three a week and are almost empty, because visitors have to observe a 10-day quarantine, staying in hotels chosen by the government, paying for accommodation and food, and unable to go out to meet with their families.

The measure will have mainly benefits for the Cuban government, mostly in the very short term (the barrage of dollar deposits for eleven days, something that has been denied by Havana), but also in the medium term (what it earns with the exchange commissions in the future) and perhaps in the long term (evading or decreasing U.S. government sanctions on Cuban transactions with foreign banks). The measure has given the government even greater control over dollars because: it will collect part of the bills in the hands of the population; it will control more the remittances through its increased sending by electronic means; and it will reduce the sending of dollars by mules since there will be very little to spend them on. Moreover, it will also create some problems. The distrust of the population will grow because in 2019 the use of the dollar for purchases in hard currency stores was partially restored; remember that the dollar became legal tender in 1995 to eliminate it in 2004. Carranza3 has predicted that the government will have to shift the entire economy from the dollar to the euro, with the consequent accounting and operational difficulties — even worse, how will it do so with respect to other freely convertible currencies? In addition, according to Carranza, the measure will not stop the rampant inflation (which is estimated at between 500% and 900% this year), nor the devaluation of the CUP since it will only change from the dollar to the euro.

Cubans on the island are the most affected because they will have to use a more expensive currency (the euro) to buy goods and services; and the most affected will be the approximately 35% of the population that does not receive remittances in dollars and even less in euros, who will have to buy a more expensive currency with their CUP to access the products that are marketed in freely convertible currency. Cuban-Americans who use mules or intermediaries in the United States so that their remittances go directly to family and friends on the island (who can choose to buy goods or services on the black market), instead of sending dollars to cards. which are limited to hard currency stores, will have to buy euros and pay $1.20 for each one, plus an exchange commission to the bank in the United States. The question is whether the government will keep the cards in dollars or, in view of the frequent previous policy swings, it will change them to euros; in the first case, holders of euros would have to deposit them in banks if they want to buy in freely convertible currency stores and the exchange rate will be imposed by the government (Vidal, 2021).

Finally, foreign investors will have more obstacles to repatriate their earnings in dollars.

How long will the measure be applied?

Havana states that the duration of the suspension of dollar deposits “will depend on the elimination of the [United States] restrictions that prevent the normal functioning of the export procedures of the U.S. currency.” That is, until the U.S. government eliminates sanctions on international banks for doing business with Cuba. BCC officials have said that the measure was not taken before because they were taking steps to resolve the problem. Read: diplomatic attempts with the Biden administration that have so far had no effect. It should not be ruled out that the measure attempts to put pressure on Biden to ease or remove the restrictions.