The Cuban minister of domestic trade says on Twitter that by letting consumers have their say, they are all "authorized to take photographs of prices and items of interest." 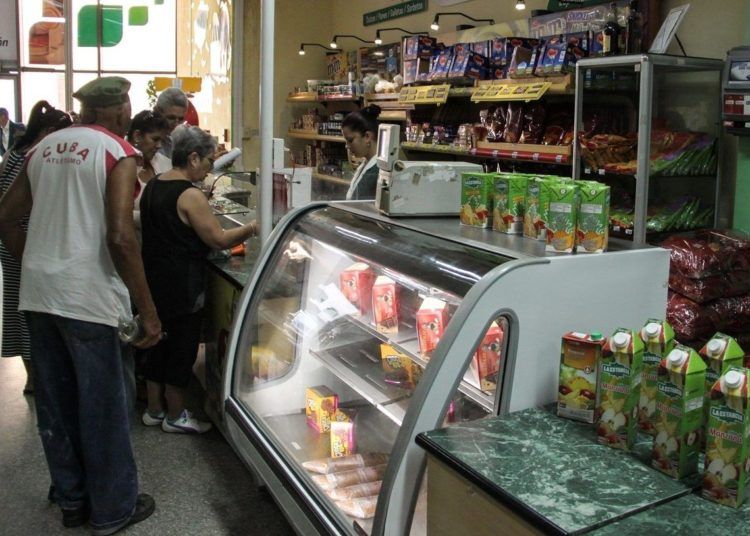 Cuban Minister of Domestic Trade Betsy Díaz explained that “all customers” can take pictures of prices and items in commercial establishments, resolving a recurring controversy between buyers and salesclerks on the island.

In a publication on her Twitter account, Díaz said that by “letting consumers have their say,” they are all “authorized to take photographs of prices and items of interest.”

In addition, she added that “in the event some type of negative behavior or change in the prices of the products is evidenced,” the affected customers have the right to report it to the “corresponding authorities” so that their rights are protected and disciplinary measures be taken against the offenders.

Taking photographs in the island’s shops has been the subject of more than one controversy, as until now some salesclerks and shop managers have argued that it was not allowed, while buyers consider it – which is completely logical – a right and a guarantee in the face of possible frauds.

The minister’s tweet finally tipped the scales in favor of the consumers.

The change in the official prices and the sale of expired or damaged products without the corresponding price reduction are considered by the Ministry of Domestic Trade (MINCIN) as two of the main violations that occur in the island’s shops.

The possibility of customers – Cuban or foreign – being able to take pictures of products and prices would offer evidence in case of any claim.

However, the head of MINCIN clarifies in her post that “it is necessary to respect the methodology for the formulation of complaints and suggestions in this type of entities, since only then will they be duly processed and resolved.”

MINCIN approved last year a new regulation for consumer protection, which does not mention the subject of photographs, but does specify that customers have the right to “receive products and services that meet quality requirements” and “that the prices of the products and services offered have to be displayed in a visible place.”