At a meeting on the future Family Code, the president pointed out that the code will undergo a referendum “because of its importance, because they are issues with a very wide-ranging conception, which encompass our entire society,” and reaffirmed that it is not restricted only to the issue of same-sex marriage but rather that “it is much more.” 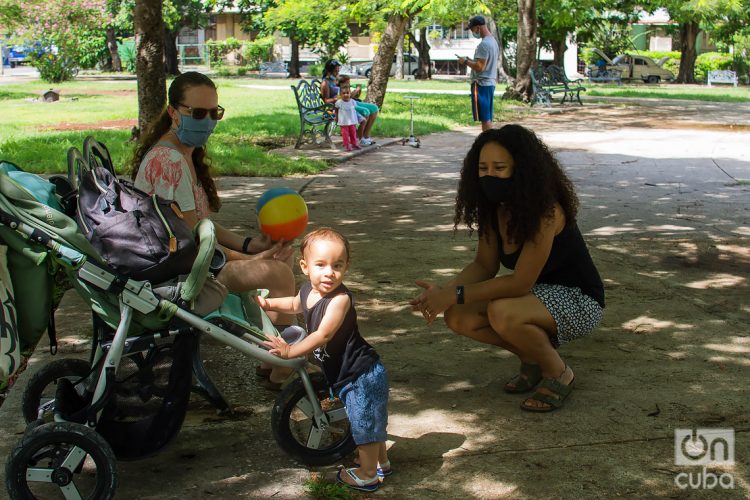 Cuban President Miguel Díaz-Canel defended that the debate and popular consultation to which the new Family Code, which is currently being drawn up in the country, will be subjected, does not mean that only the possibility of same-sex marriage will be brought to a referendum, but rather all “issues concerning families” on the island.

At that meeting, the president pointed out that the future Code that “will be debated and will undergo a referendum because of its importance, because they are issues with a very wide-ranging conception, which encompass our entire society,” and reaffirmed that it is not restricted only to the issue of same-sex marriage but rather that “it is much more.”

After that meeting, Díaz-Canel returned to the subject on his Twitter account, where he pointed out that the island is going to have a “modern” Code “that responds to all the constitutional and advanced precepts regarding the conception of the family in Cuba.” In addition, he reaffirmed that what will be taken to the referendum “is not just a particular issue, but all the issues that have an impact on our families.”

The long-awaited Family Code—still without an approval date—provides for support for a plural and inclusive vision of Cuban families, and includes the controversial issue of same-sex marriage, an issue that was to be recognized in the Constitution promulgated in 2019, but which was finally postponed after the modification of the marriage concept in the Magna Carta after a heated debate on the matter in the popular consultation.

This change disappointed the Cuban LGTBIQ+ community and its activists, who have also not seen favorably that the government decided to submit the Family Code to a referendum, something that, however, has not been done with other laws and decree-laws of social impact. This regulation will be the only one that will go to popular consultation among the 70 legal regulations updated with the new Constitution.

However, earlier this month Mariela Castro, director of Cuba’s National Center for Sex Education (CENESEX) and daughter of former President Raúl Castro, trusted that in less than two years, same-sex marriages can be legalized and said she was “convinced” that the Code, with this issue included, would be approved by “the majority of Cubans.”

“They are conquests in which we have been working for many years and of which we are already seeing results. Some indicators are telling us that our people are on the right track in this regard,” said the also deputy on the issues that should be reflected in the new code, including the recognition of a variety of families, including those made up of LGTBIQ+ people, and the guarantee of their rights.

At the government meeting on the regulation—in which a work schedule for the coming months was drawn up—Minister of Justice Oscar Silvera affirmed that the commission that is preparing the draft already has “a very advanced version” of it.

As part of the legislative schedule until 2022, Cuban deputies will modify and approve 39 laws and 31 decree-laws. Another of the most demanded issues in recent years by independent civil society groups, the animal welfare policy, was presented last February in a new decree-law.