The authorities continue to carry out the health intervention against the new coronavirus. 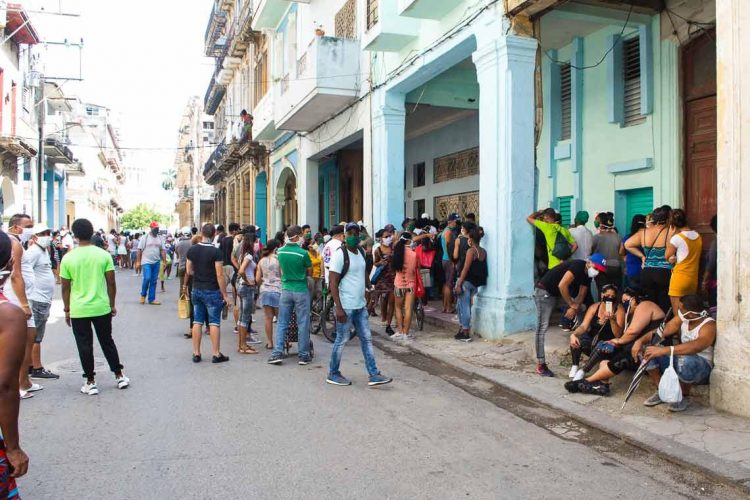 The Cuban health authorities reported this Saturday 1,289 cases of coronavirus and 14 deaths, and 22,815 samples were processed to detect the disease.

In his daily appearance on Cuban television, Dr. Francisco Durán, national director of Epidemiology, pointed out that 28,689 patients remain admitted, of them 4,387 are suspects, and 17,409 are under surveillance. There are 6,893 confirmed active cases with the disease.

ICUs register 136 patients at different stages. There are 47 in critical condition and 89 in serious condition, a figure that has not varied considerably during the last months of worsening of the pandemic in Cuba.

Havana continues to be the province with the highest number of infections, with 652 cases in all its municipalities, followed by Santiago de Cuba with 140 and Matanzas with 82. The Isla de la Juventud continues without reporting cases.

The health authorities have processed 4,127,811 samples in all the laboratories installed throughout the island. Of these, 131,832 have been positive since the first confirmed cases during the month of March of last year.

This difficult epidemiological context is expected to improve gradually with the application of the Soberana 02 and Abdala vaccine candidates in the Cuban capital and other provinces of the country. More than a million people have already been immunized with at least one dose, according to reports.