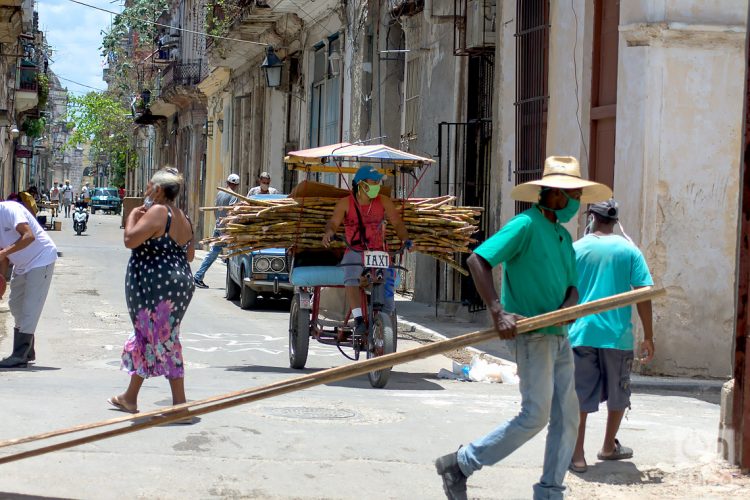 The Ministry of Public Health (MINSAP) reported that the SARS-CoV-2 virus produced 1,197 infections yesterday on the island, with which 130,543 people have suffered from the coronavirus pandemic since March 2020.

In the last 24 hours, the MINSAP reported nine deaths, six men and three women between the ages of 57 and 84 and residing in the provinces of Havana, Mayabeque, Matanzas and Ciego de Ávila.

Most of the 1,197 infections are due to autochthonous transmission (1,129); 1,072 were contacts of confirmed cases and 68 acquired the virus abroad.

With the exception of two foreigners, of the nine reported this day, and of which seven owe the disease to autochthonous transmission, all are Cuban travelers from Russia (52), Spain (13), the United States (one), Canada (one) and France (one).

The incidence rate on the island during the last two weeks is 150.3 per 100,000 inhabitants and the Sandino municipality leads the group of twelve municipalities (11 are from the capital) that represent 47.1% of the transmission in said period.

By age group, those under 20 years old reported on the day made up a group of 150, of which 133 were pediatric. Active cases at these ages reached a spike of 1,115 again in the last 24 hours, as Dr. Francisco Durán stressed in his daily appearance on Cuban television.

Havana (592), Santiago de Cuba (130) and Mayabeque (123) were the provinces that registered the most infections after a total of 22,896 samples were processed. On the contrary, the special municipality of Isla de la Juventud still does not report any case.

42.5% of those diagnosed were asymptomatic.