julio-cesar
in Politics in Cuba
0 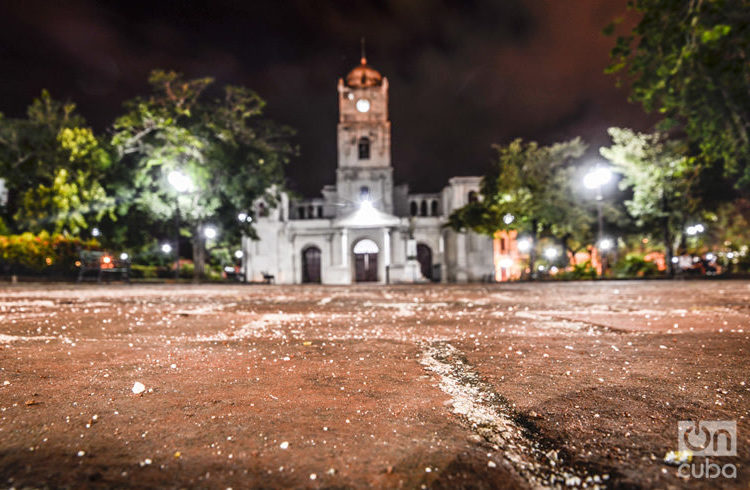 Municipalization is a very old ghost, which today is again touring the world.

The Roman republic conceived the municipality as a replica toward the local of its institutionalization. The scale also had to replicate the republican cultural world. When the gladiators were described as loathsome – together with prostitutes and actors – Cesar’s municipal legislation prevented them from standing up in the local councils.

The origin of the U.S. political system had in the local a central theme. The federalist option championed the strong central government, which promised to contain the “irresponsible” action of the masses and the power of the factions. Another current defended the local self-government as a recourse to prevent the concentration of power. After the first triumphed, the doors were opened to an elitist institutional system.

After the increase in suffrage in Europe, the extensive political life that knew how to build the workers movement was based on the municipal power winning in the elections. Italian fascism attacked the municipal powers conquered by the socialists, by their networks of people’s houses, working chambers, unions and cooperatives. They knew what they were doing. Gramsci had identified there the soil of socialist hegemony: worker and popular associationism.

Karl Polanyi defended socialism as a program led by the workers, decentralized, with a strong social base, and argued that the local communities can put a price on their needs with suitable precision.

Elinor Ostrom won the Nobel Prize for Economy (2009) for the way in which she contested the idea of the management of common ownership as inefficient, and celebrated local self-organization in defense of common goods.

From another political zone, David Osborne and Ted Gaebler have identified a “veritable global revolution”: the ascent of the entrepreneurial style government. The municipality cannot be managed, they say, as an enterprise, but it must be done with enterprising spirit. The citizen must be a client of the public services. The idea represents, according to its authors, a “Copernican change in the State’s political legitimizing base.”

A common denominator is found among such differences: the quality of the local expresses the complete quality of a political system.

The sphere of the municipality is an indispensable space for democracy in politics, economy and society.

The regulation of the municipality in the Constitution of 1901 was seen as a triumph over the colonial order. Based on it, the law of municipalities (1908) established – according to Emilio Roig – a “fair and extensive municipal autonomy.” With the years, it witnessed serious problems: the municipalities were deprived of an important part of their natural incomes, and the responsibility of sustaining national services, institutions and agencies was imposed on them.

The Constitution of 1940 established the municipal autonomy and its guarantees. For example, no local ruler, nor local decisions, could be removed nor suspended by the President of the Republic or by the Governor of the Province (this responsibility now reappears in the draft of the Constitution under discussion), nor by any other authority, except for Courts of Justice.

However, the persistence of the caudillismo was a continuous and powerful source for undermining citizen power on the local level in Cuba.

The Constitution of 1976 did not recognize autonomy for the municipality. The 1992 reform maintained that logic and established that both the province and the municipality were – both at the same time – “the local society.” Moreover, it limited the capacity of the municipality to “meet minimal local needs.” No law of municipalities has been issued since 1976.

The declaration of the Communist Party of Cuba as the leading organ of society and the State made the first secretary of the Party in the municipality the real authority in the territory. At the same time, it established that the state decisions by higher organs (provinces) were obligatory for the inferior organs (municipalities).

A few years after the start of this system, its results were already being questioned: excessive centralization at the higher levels, interference of the ministries and sectorial agencies, limitation of the municipal governments to give a boost to civic actors and practices at that level, inability to make decisions about their own budgets, absence of citizen control over the local budgets, lack of social participation in the municipal decisions, impossibility of national policy making from the local and poor municipal coordination with the networks related to their needs abroad.

The municipality in the Draft of the Constitution

The Draft of the Constitution brings good news: it declares the municipal autonomy and specifies that “local society” is only at that level. The precision is important: the provincial government now appears only as “coordinator” between the nation and the municipality.

In addition, the popular legislative initiative for the local level is expanded. Until now, that possibility is recognized only for the sphere of the laws approved by parliament. The challenge is to now regulate differently from what is in force, and think critically on the causes why it has never been used since 1976.

These important proposals are rooted in the experiences of recent decades.

The universities in Havana, Las Villas, Pinar del Río and Cienfuegos, and centers specializing on the subject, like the Center for Local and Community Development (CEDEL), have a wide-ranging catalog of investigations about local development.

The contemporary current of the “popular and alternative municipalization” – promoted among others by the local government of Barcelona – can offer references. International experiences about the subject have already circulated in the country.

Economist and activist Robin Hahnel, an exponent of the paradigm of socialist economy with democratic planning, has proposed giving the Committees for the Defense of the Revolution (CDR) the function of consumption councils in the barrios, that they represent the interests of their residents in the process of participatory planning. Existing People’s Power institutions would thus become consumer federations. The objective is to resolve a great deficiency in Cuban planning: the little influence of local consumers in what is produced and in the quality of what is consumed.

Local development projects have been carried out in municipalities throughout the country, like Yaguajay, Mantua and Holguín’s provincial capital. E-government essays – in their initial stage – are taking place in Granma, Santiago de Cuba and Centro Habana. Through the so-called “contribution to local development,” the 2018 budget planned 1.225 million pesos to finance local development or economic and social impact projects in the territory.

However, there are still problems.

The Draft of the Constitution maintains the preeminence of the Party over the State (in this case also over the municipality) and makes compulsory the decisions of higher organs over the inferior ones (Art. 96 e). Both are contents difficult to harmonize with any idea of municipal “autonomy.”

An aspect aggravates the fact: the compulsory decision on the higher levels would now come from the Provincial Government, an appointed figure – not elected – according to the Draft (Art. 170). Meaning, the decision of an appointed authority would be obligatory over an authority declared autonomous and elected by popular vote.

Another question has been overlooked: 47.4 percent of the current deputies are municipal delegates who were elected – in November 2017 – for a mandate of two and a half years. The Draft proposes a new local mandate of five years.

The Constitution being debated will be in force, once approved, for this same Legislature. If the content were to remain as it is, the time for which the delegates were elected by vote would double.

On the other hand, the mayor part of the existing local development projects is related to economic matters – the production of food, natural medicine, construction materials, renewable energies. In comparison, the experimentation with instruments of local political participation is very scarce, like public hearings, participatory drawing up of regulations and administrative actions, and participatory budget.

Conceiving the municipality as an integral space, indispensable to give a boost to the economy, would be profitable, but also for the promotion of political processes: citizens’ collaboration in the drawing up of public policies, viability of social control, transparency in the municipal actions and use of technologies for e-government.

The result could also have an impact on another sphere: the strengthening of cultural identities and civic practices regarding the local.

In all this, a matter of the greatest importance appears. Article 10 of the Draft of the Constitution proposes that “sovereignty is not transferable and lies in the people, from which all the State’s power arises.” A way of ensuring that statement is to use municipal power in all its potential. That it not be eluded: the capacity of the local to expand democracy – popular sovereignty -, in all spheres, is immense.