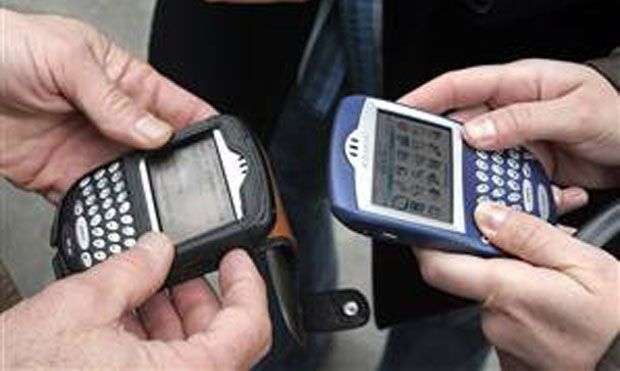 Cuba could be studying private contracting of internet for cell phones, according to an official  at the Software Development Company, DESOFT, who says that this initiative is part of the expanding of the project services “in your phone”, now constrained to basic applications like the weather, cinemas and theaters listing, among others.

The possibility to access Internet services from households has been one of the most debated issues after the announcement by the Cuban Telecommunication State Enterprise (ETECSA) on the operational capacity of fiber optic cable and the beginning of testing of data transmission since August of last year.

Although no official information has been released since January, there are several rumors circulating about the possible hiring of data plans by mobile phone users in Cuba.

“I was told people could access the Internet from mobile phones, although at very high prices, but I have no more details,” said a young computer technician. To Angelica, “this is only Intranet access, restricted to those who already have INFOMED, for example, and that from now on could access it from their phones.”

However, according to an official of Mobile Business Offices of ETECSA, there are no directives on providing Internet access from mobile phones to the population. “We only have information on the possibility of consulting Ecured (the Cuban collaborative encyclopedia), a service that will be provided from the Youth Club of Computing and Electronics” she said.

Several different municipality’s Youth Clubs consulted the capital endorsed the existence of this free service, which for now is only exclusive for smart phones (smartphones) with Android operating systems, which will limit access to those that don’t  meet these conditions.

Since Cuba was connected to Internet in 1996, the government has developed a social access policy that privileges prioritized scientific centers and educational institutions. In addition, foreign citizens living on the island as well as news agencies and international companies can hire these services.

With the implementation of fiber optic cable and the growing importance of the private sector in the national economy, an increase in access to internet is expected. However, an article published in the official newspaper Granma announced in February that before getting into that, that will required significant investments in internal infrastructure.

According to several experts, one of the ways to reduce the costs of these investments would be the setting up of wireless variants. For this reason, it is not naive to consider ways of having access from mobile phones, as the rumors suggest these days.

Vale 3 and the strength of its image

Vale 3 and the strength of its image

A bestseller for Self-employed people