Among the things that gained value in the 1990s, there are five symbols of precariousness, ingenuity and resistance. 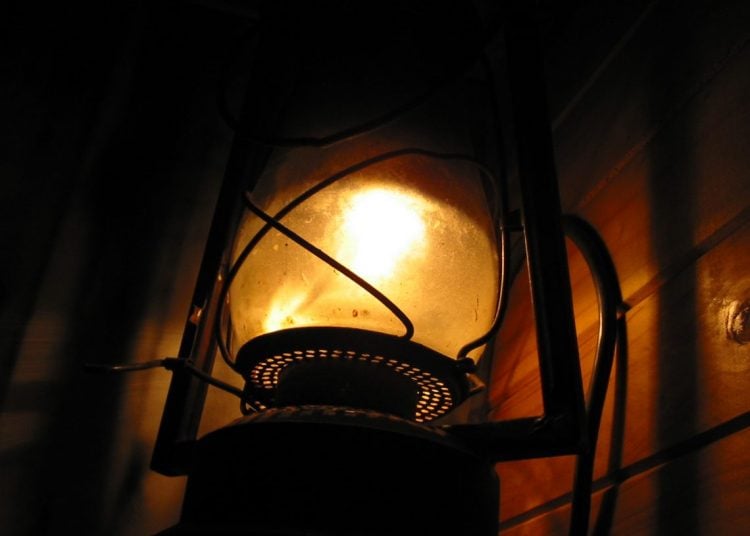 The memories of the “Special Period” in Cuba have been engraved in cast iron for those of us who lived it. More than 20 years have passed, at least since its crudest stage, and it is still hard to freely speak or laugh about all its shortages and vicissitudes.

At some point in the dialogue, it does not matter whether at the beginning or at the end, the shadow of the trauma takes over, and what was a simple list of experiences ―many, logically, similar― becomes an act of exorcism. In a spiritual cleansing so that those dark times don’t return.

Now that the ghost of that period is again soaring over Cubans and that the long lines and other “symptoms” seem like an ominous prediction, many rescue the stories of that time to give themselves courage for what they suppose is coming and to teach the younger people ―who didn’t live or don’t remember the hardships suffered― about the crisis using the most acute list of words.

Cuba, certainly, is not the same as in the 1990s and whatever the times that will come ―if they’re not already here― they wouldn’t have to be the same. But in any case, in the absence of a crystal ball, what is known is at hand to, if not avoid, at least lessen the blow.

Among the things that gained value in those years, almost always because of the absence of others, I choose five that today still remind me of them. They are five symbols of precariousness, ingenuity and resistance, although there are many more that each reader can invoke according to their experience, which would give rise to a particular heraldry.

They are not the fleur-de-lis, nor the lion, nor the castle, nor other usual drawings of the Middle Ages, but with them the coats of arms of the Special Period could be designed. Those with which the Cubans went out to “defend” and “fight” day after day and which, hopefully, we won’t have to emblazon again.

Never before and never after have Cubans pedaled as much as in the 1990s. On old and resistant American bicycles, on other not so old but also resistant Soviet bicycles, and, above all, on the brand-new Chinese bicycles and the less glamorous Cuban bikes.

The bikes became ―never said better ― battle horses, although they were called “goats,” in which people went to work, took their children to school, took a stroll with their couple and carried a sack of coal or a leg of pork that was bartered with some farmer for clothes, kilometers from home. And if by chance they had a flat tire or broke down, there was no other choice but to also carry them.

They were in such high demand, that their being given out at work and student centers “as an incentive” was the reason for many enmities. And, along with their growing and necessary use, a criminal mode that reached unsuspected summits also proliferated ―such as false parking spaces or the theft of bicycles on a bike― and that would have served for more than a remake about Vittorio De Sica’s classic film Bicycle Thieves.

The mug of water and sugar

It was the lifeline of millions at any time of the day: in the mornings, in the afternoons, with the meals and, even, at dawn, when the stomach started urgently groaning after a day of caloric deficit. Its invaluable service to the survival of Cubans could well deserve a medal.

At the time sugar wasn’t refined or clean, but that mattered little. It wasn’t bought “through the ration book” or acquired on the thriving black market of those years that had it as one of its flagship products. All misgivings were erased when, mixed by hand with the water, it produced a viscous, turbid liquid, which relieved at once the hunger pains as if it were the divine ambrosia.

In the hardest moments, the “milord,” as the saving formula was popularly called, replaced the cold lemonade, the milkshake and even coffee that used to be served as a form of hospitality to visitors, for which the house glassed were set aside. But for the day-to-day, for the snack at work, the hospital or the schools in the countryside, there was the metal mug, that other never well-considered guerrilla piece.

If the objects could have come alive in the Cuba of the 1990s, the kerosene lamps, lanterns and “chismosas” ―that Cuban variant made with glass jars and toothpaste tubes― would surely have gone on strike against labor exploitation. For them, there was hardly any vacation during those years.

The absence of fuel and other energy sources ―a solar panel or a wind-driven generator was science fiction on the island― brought with it the annoying and endless “blackouts,” first unexpected and then planned, so that no one would say they weren’t notified. The situation reached such extremes that night darkness became the norm, barely interrupted by “alumbrones” (lights on).

At that time, to have a kerosene lamp was, at least, a consolation: the “bonfire” around which family members and neighbors gathered to spend hours, the guarantee that they could distinguish their features while they talked ―almost certainly about food― and wouldn’t have to go to bed stumbling. Getting the kerosene to keep the flame burning was another matter.

For many it was salvation, for many others a tragedy and even death. But in all cases, it was then ―and still is― synonymous with drama. Appealing to it meant risking everything, leaving everything behind: going to sea in search of a better life, uncertain beyond hope in the middle of the waves and the stalking of coast guards and sharks. Recklessness, an act of desperation.

There were all kinds of rafts: sophisticated and flimsy, made of wood and tractor tubes, with or without sail, made with car parts and with water tanks. There were also all kinds of rafters, from professionals to delinquents, from young to old. All, however, were twinned by the same goal: to leave Cuba no matter how and reach the United States.

When the Cuban government wasn’t able to control the drain, it opened the coasts, the exits became daily, massive. Some left in silence, without saying goodbye; others were bid farewell by their family and friends, between crying and praying to God. Not all the prayers were heard.

Overnight it went from being forbidden, badly seen as “the currency of the enemy” to being the lifeline for the battered Cuban economy of the time. Decree 140 of 1993 authorized its circulation on the island, decriminalized its possession and saved from going to prison all those who “traded” with it. Those who until then had been processed for that reason, however, did not have the same luck.

Having dollars in the wallet became the aspiration of many, a feature of distinction. If until then Cubans were officially equal, “el fula,” as the dollar was popularly called, and its national surrogate ―”the chavito”― changed the landscape. With them you could eat and dress better, buy in the TRD ―currency-collecting stores― and many came to steal and prostitute themselves to get them.

In its moment of greatest glory, a dollar could be bought for up to 150 Cuban pesos. Then, little by little, the difference started decreasing. Finally, in 2004, the government took the dollar out of circulation ―although without penalizing it―, imposed a 10% tax on it and completely replaced it with the convertible peso (CUC). Just in case people would become spoilt.