The Cuban team will share Qualifier Group B of the Americas with Venezuela, Canada and Colombia, which will compete in that order with the island’s team, following the previous schedule established for the Arizona pre-Olympic qualifier, which could not be played last year due to the coronavirus pandemic. 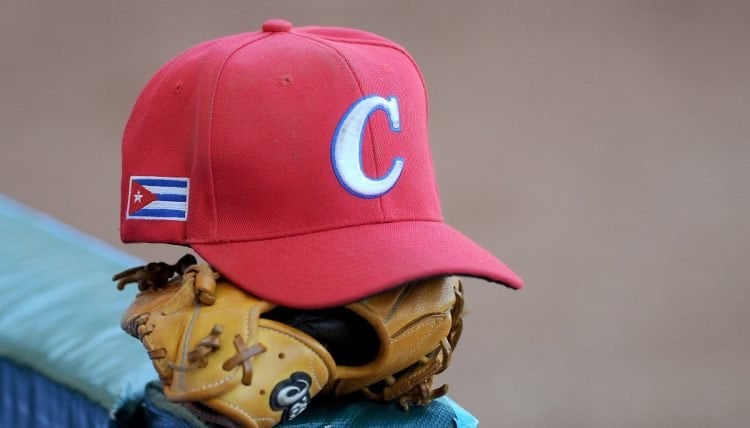 Cuba’s baseball team will dispute the Olympic ticket in early June in the qualifying tournament of the Americas, to be held in Florida, the United States, as announced this Tuesday by the World Baseball Softball Confederation (WBSC).

“The groups, format and game order of the WBSC Baseball Americas Qualifier will remain as previously announced, with eight nations competing over 16 games for a place in the six-team Tokyo Olympic baseball event,” said the WBSC, which has not yet confirmed the exact date and location of the event.

However, it must be held in the first half of June, because according to the Confederation itself, the last world qualifier—to which second and third place in the Americas tournament will have access—will take place June 16-20 in Taichung, Chinese Taipei.

“I would like to express the WBSC’s deepest gratitude to our hosts in Florida and Taichung, who will be providing us with the necessary settings in which to stage these important international competitions in a safe and successful manner. Good luck to all the teams and athletes on the Road to the Tokyo Olympics. It’s time to play ball,” said WBSC President Riccardo Fraccari of Italy.

According to what was announced, Cuba will share Group B with Venezuela, Canada and Colombia, which will compete in that order with the island’s team, following the previous schedule established for the Arizona pre-Olympic, which could not be played last year due to the coronavirus pandemic. Meanwhile, Group A will include the U.S. hosts, the Dominican Republic, Puerto Rico and Nicaragua.

After group play concludes, the top two finishers from each group will advance to the Super Round, to which they will carry the result between them and where they will face the two best teams of the other group.

“The team with the best Super Round record will be declared the winner and become the fifth National Team to advance to the Tokyo Olympic baseball tournament, joining world No. 1 Japan, No. 3 Korea, No. 5 Mexico and No. 18 Israel,” explained the WBSC.

Meanwhile, the second and third places of the Americas tournament will seek the sixth and last ticket to the Olympic Games in the Final Qualifier, scheduled from June 16 to 20 at the Taichung Intercontinental Baseball Stadium and the Douliou Baseball Stadium, in the city of the same name. For this event, the premises of Chinese Taipei, as well as Australia, the Netherlands and China, are already guaranteed.

The format, groups and schedule of this tournament will be announced in future communication, the WBSC noted.

Cuba, which is still carrying out its 60th National Series, must soon announce its preselection for the American pre-Olympic. Before that, a group from the island will participate in April in the 3rd Caribbean Cup, which will be held in Curacao and in which other countries with aspirations of being in Tokyo will participate, such as Puerto Rico and the Dominican Republic.