According to the Cuban-American senator, this administration is consulting the issue of Cuba with him and other colleagues and does not see an imminent rapprochement with the island. 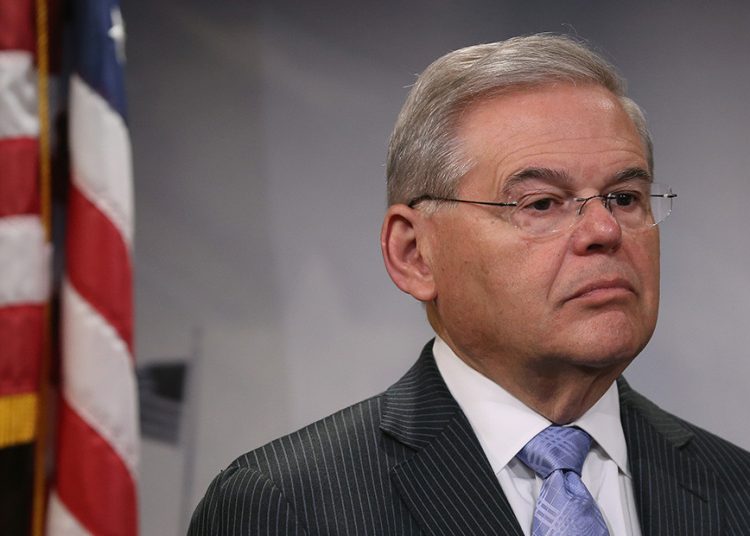 Cuban-American Democratic Senator Bob Menéndez thinks that the White House’s statements that Cuba is not a priority for the current administration is because the United States is concentrating on fighting the COVID-19 pandemic and other more pressing issues.

“We are meeting the challenge of the global pandemic of COVID-19, we are dealing with the issue of China—a threat to the interests of the United States and a power that we are going to have to confront—, and we continue with economic difficulties in the country. The president’s plan that was passed through the House and the Senate, is now headed for his signature and is important to rescue families in this country, their health and economically speaking. Anyway, all those things have taken a priority,” he affirmed in an interview with the Miami channel America TV.

In the program A Fondo, the senator, Chairman of the Senate Foreign Relations Committee, said that Cuba was the main enemy of the United States in the hemisphere because it had its “tentacles” everywhere, mainly in Venezuela, and denied that various socialized political gestures during the last weeks, such as the request of 80 congresspeople to normalize U.S.-Cuba relations and the presentation of various proposals in that regard, are something new. On the contrary, they have been common in other administrations, he said.

“Many [especially in Florida] see that any performance is always something threatening. If we are going to see the truth, the participation of all colleagues…, with legislation and letters, has existed for a long time. They existed in the time of President Trump, they also existed during the time of President Obama. There is nothing new in their initiatives,” he noted.

However, he underlined that the fact “there is a Democratic president…does not mean that what has existed for years, both in Republican and Democratic administrations, of members of Congress, has new relevance. I think the administration, legitimately, is looking and saying: How can we help the Cuban people? How do we really create the necessary openings for democracy, respect for human rights, and that the people do not have to flee their country? If we are honest…after decades of Republican or Democratic administrations, what we want to achieve has not been achieved: the freedom of the Cuban people. We have to think about what else we can do to achieve it. In this sense, there are several ideas that I am giving to the administration and they are reviewing a policy that could achieve what we want for the Cuban people.”

According to the senator for New Jersey, “within the administration, the National Security Corps and the State Department understand that Obama’s effort did not yield what was expected. The regime did absolutely nothing to change any element in human rights, in economic openings, in cultural openings, for example, like what we have seen with the San Isidro Movement. They saw that it did not work. I think they understand it and that is why they are looking for a path that can give results.”

When asked if the idea of ​​a rapprochement with Cuba could be imminent, he pointed out: “all my instincts and conversations [indicate that] that is not what is going to happen.”

“President Obama did not consult with Congress, I feel better now (we will see later) because we have an administration that first, has not ideologically decided to return to Obama’s policy, and at the same time is consulting with this servant and with others what that policy should be,” said the senator, who stated that he had met with President Biden during his campaign and had not been able to meet with him during his term, although he said that he had agreed to meet soon. However, Menéndez said he has spoken frequently with Secretary of State Antony Blinken, and during those conversations “we have spoken to him very clearly about the realities of the Castro regime,” he pointed out.

Regarding the future, Menéndez does not see great changes in the strong-arm stance of the exiles towards the government of the island, like a change in the perception of the Democrats. “I don’t think they are going to perceive the Cuban American community and voters as political enemies,” he said.

“What I do believe is that they are going to have a constructive conversation to determine, as I have said before, what the means is. Because from 1959 to the present we have not had the opportunity to achieve what we want for the Cuban people. We have to do something else because what we have done has not been achieved and we have to recognize that,” he stressed.