That the crisis is of less degree than that of the 1990s doesn’t mean that it’s not a serious problem. 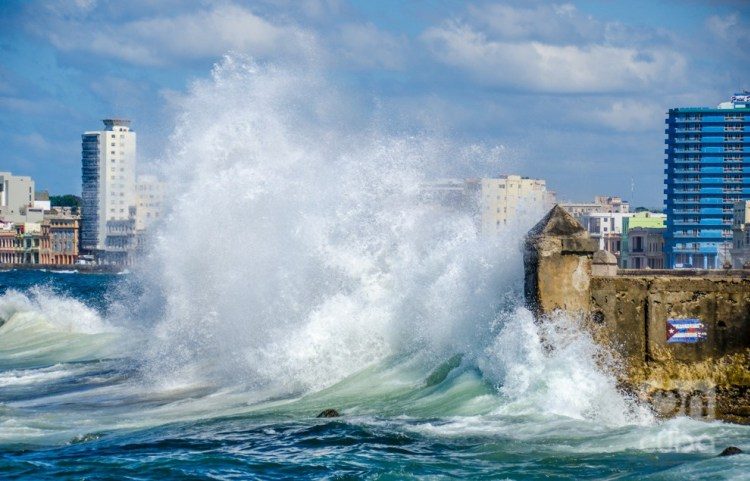 There is an important debate in Cuba about whether the current problems, such as fuel and food shortages, are the result of a temporary situation (that will soon be resolved) or a structural crisis of the economy. There are also speculations about whether there will be a second “Special Period.”

President Miguel Díaz-Canel has been characterized for having more contact with the people and meeting more often with the Council of Ministers and other entities, which is an advance. Due to citizen concern, he gave a speech on September 11 in which he explained to the country the current energy situation, the possibility of another Special Period and the measures being taken by the government. [1]

In his speech he affirmed that there is no need to be “scared or fear” and that the government had anticipated energy problems and has taken steps to address them. He stressed that the country is in “a temporary situation” and that “the problems are merely related to energy, but not supply….” On the other hand, he denounced Trump’s harmful actions to prevent the arrival of fuel to Cuba and that some shipping companies have withdrawn, [2] which is why “there is a low in diesel” that would persist until September 14 when a ship with fuel would arrive. There would be others at the end of the month and “the contracts for the month of October have been negotiated.” “Then we will be in a much more comfortable position but we have to continue taking action.” Finally, he said that consumers have the “guaranteed natural gas, without any kind of affectations.” In short, the situation is controlled and temporary.

However, in the speech he warned that “this temporary situation can be repeated,” and that if there are blackouts “they would never be as intense as in the special period”; in addition, the minister of energy and mines added that “at some point we might have to paralyze a group of productions that need a lot of energy.” These are glimpses that it is not a unique and temporary problem but something more severe in the medium or long term.

Let’s analyze the issue of energy supply. The presidential speech asserts that “the national industry guarantees 40% of the country’s fuel,” that is, “the fundamental basis of the energy system remains stable in its production” and thereby guarantees “the operation of thermoelectric plants.” But according to the National Bureau of Statistics and Information, national oil production decreased 31% between 2003 and 2017, from 3,679,000 metric tons to 2,522,000 tons, while natural gas production between 2007 and 2018 decreased 20% from 1.218 million cubic meters to 970 million; the last one in 2018 decreased 7% compared to 2017 (ONEI does not provide data on oil production in 2018 and it probably decreased as well). [3] Due to the decrease in national production, Cuba’s dependence on fuel imports must have increased; before it was 50% and the quoted speech implies that it is now 60%.

With regard to external energy supply, the speech states that “the challenge is to guarantee the [external] fuel that guarantees the operation of our thermoelectric plants.” Venezuela supplies 75% of the total imported fuel, whose value increased from $2.243 million in 2007 to a peak $6.079 million in 2013 and decreased to $1.838 million in 2017, 70% less than at its heighted point; there are no figures for 2018 but, if we measure it in daily barrels of oil, these reached 105,000 in 2013 and decreased to 40,000 in mid-2019, or 62% less. [4] Cuba also receives oil from Russia (partly paid for by Venezuela), Algeria and Angola, but the increase in the price of the barrel after the bombing of the Saudi oil refinery in September makes the supply outside of Venezuela more expensive. Note that, while imports have been reduced, domestic production has also declined, so there is an energy deficit, severe and expanding, which is not temporary but chronic or structural, because there are no feasible options to improve substantially the current situation.

The speech also maintains that “financial tensions have not affected tourism [the third source of foreign currency], which has conserved stable levels, despite the slight decrease due to the impediment of cruise ships arriving on the Island.” However, ONEI figures for 2018 show that the number of travelers increased 1% (compared to 16% in 2017 and 13% in 2016) while gross income decreased 9% in 2018 due to the decline in European travelers and because American cruise passengers spend much less than those arriving by plane. The entry into force of the Trump ban on cruise ships will cause a drop in US travelers that for 2019 is projected in 250,000, as well as a decrease in gross income of $980 million. [5]

In addition, the first source of foreign currency is the export of professional services (mostly to Venezuela) which decreased 24% between 2013 and 2017 due to the Venezuelan economic crisis, a loss of $8 billion. The second source is the external remittances that continued to grow in 2018, achieving a record $3.692 billion (cash only, not counting goods), although they could be affected by the cap imposed by Trump of $4,000 per year per recipient.

The previous analysis provides evidence that Cuba’s economic problems are not temporary, but that they are based on a customary dependence on a foreign partner and the inability for 60 years of not being able to defray imports with the country’s own exports, all aggravated by the U.S. embargo. [6]

Will the current situation culminate in a second Special Period? Díaz-Canel rejects this, as Raúl Castro had done before, [7] both claiming that there is a greater diversity of trade partners. I agree with that position and provide other reasons to substantiate it, summarized in the following table:

(investors and millions of dollars)

Higher income in foreign currency for the export professional services

The USSR was virtually the only investor, although there were some joint projects with other Eastern European countries and there were no investments from capitalist countries; the direct investment of the USSR could not be calculated. Source: Mesa-Lago, “The Cuban Economy…,” 2019.

That the crisis is of a less degree than that of the 1990s doesn’t mean it isn’t a serious problem. Between 1990 and 1993, the GDP fell 35%, and we have estimated that between 2012 and 2017 economic relations with Venezuela decreased from 22% to 8% of Cuba’s GDP; in the worst case of a disappearance of all relations with Venezuela, there would be a loss of another $8 billion, and a possible drop in GDP between 4% and 8%. [8]

The difference between temporary and structural is not only conceptual, but it also has an impact on the policies to face the crisis. For many years, Cuban economists have emphasized Cuba’s economic dependence and have proposed policies to reduce it, but they have fallen in deaf ears and have not been followed, it is time to pay attention to experts to avoid the recurrence of crises.

[2] It has also been reported that many shipping companies, taking advantage of the situation, are charging PDVSA around $12 million for delivery of oil to Cuba, triple what they charged before (Agencia Venezolana de Noticias, cited by Cuba y la Economía, September 11, 2019).